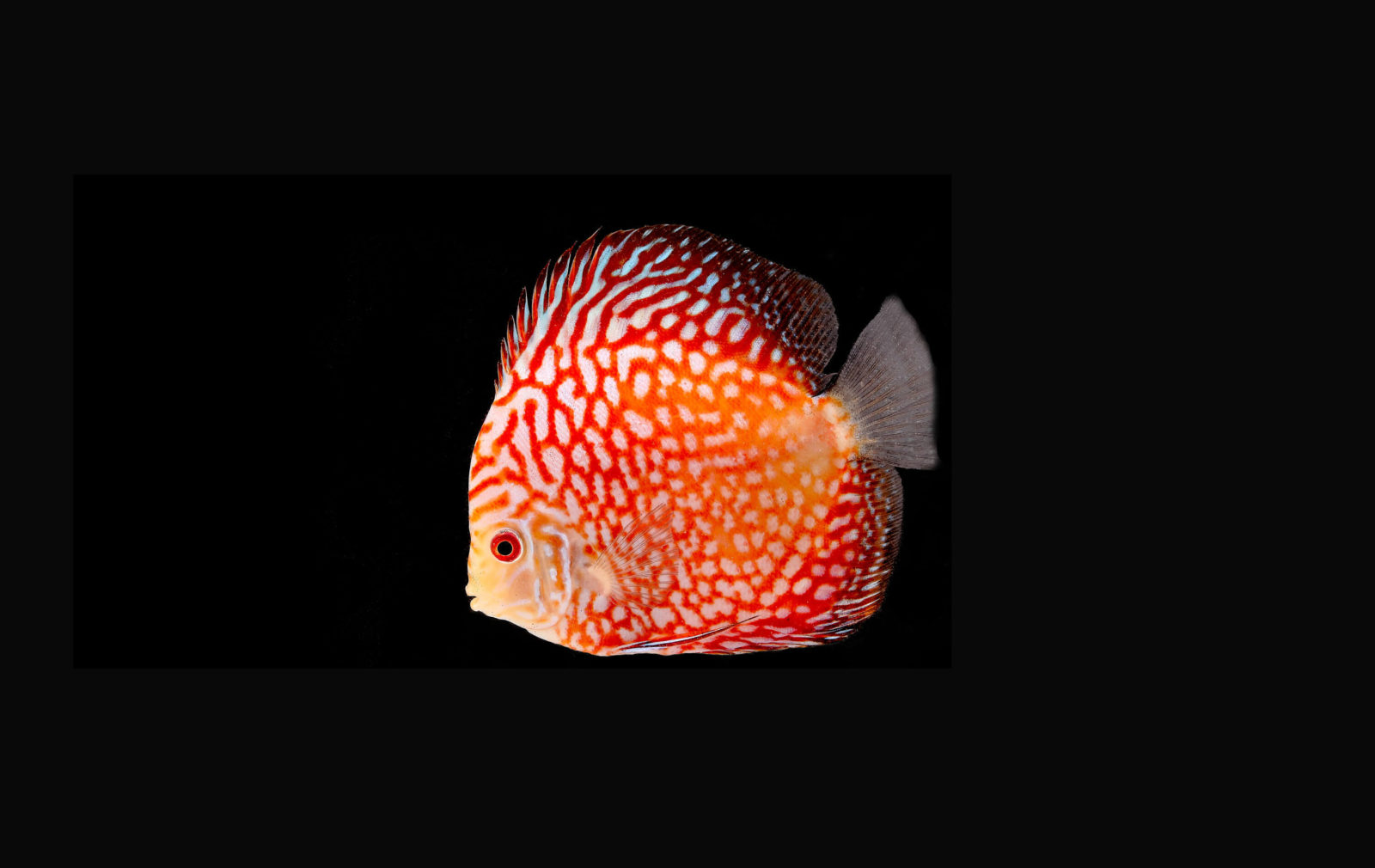 When genes make an error in replicating themselves, the results can be creatures most wonderful. Humans, however, are another kettle of fish.

“Their mouths are round like an O. They swim up to other fishes and suck their eyes out. Pop! Just like that.” I winced. It sounded too horrible to contemplate. David Chitambo clearly relished the effect of his story, because his next one was about snout-sucking egg thieves.

We were sitting on the beach of the little fishing village at Cape Maclear in Malawi, watching the sun funnelling liquid gold into the afternoon sky above Mumbo Island. David is a fisherman and we were discussing cichlids, those colourful little fish for which Lake Malawi is famous.

There was reason to remember David’s story the next day while snorkelling off Domwe Island. I was tail-up among a school of purplish cichlids which were nibbling algae off some rocks. A rather gaudy fish with a succulent pair of lips swam up to me and opened its mouth, displaying two rows of very businesslike teeth. It seemed to size up the single eye of my goggles then flicked away into the grey.

Back home, fascinated by eye-biters, I began fossicking around in some scientific studies on cichlids. None mentioned the ocular specialists. So I called Tony Ribbink, the cichlid guru then at the Institute for Aquatic Biodiversity in Grahamstown. His reply was brief: “It’s an error and a myth. No fish pluck eyes from living fish as a feeding strategy.”

By then, though, I was hooked on cichlids. Never mind the eye-biter story: the whole existence of this extraordinary family seemed to be a catalogue of errors, some awful, the rest a testimony to the wonder of serendipitous errors. I guess that statement requires an explanation.

Life has been around on Earth for around three billion years, during which trillions of trillions of creatures have lived, some reproducing and dying every few days. That amounts to a big heap of trial and error.

The unravelling of the genome – the DNA chemical helix that makes all life possible – has shown us, surprisingly, that error is the engine of adaptability and perfection is the kiss of death.

It has made humans quite versatile. We have become what the geneticist Richard Dawkins terms survival machines, spectacularly successful creatures capable of existing in almost any ecological niche in the world. Right now there are some eight billion humans, amounting to around 300 million tons of biomass. That’s impressive.

The unravelling of the genome – the DNA chemical helix that makes all life possible – has shown us, surprisingly, that error is the engine of adaptability and perfection is the kiss of death.

If you think of genetic coding as a book, it would have 23 chapters called chromosomes and more than a billion letters known as bases. That’s as long as 800 Bibles. Genes are brilliant at replicating themselves over millions of years, but if they replicated perfectly we would still be squirreling away at the manufacture of primeval slime.

Fortunately for evolution, letters sometimes go missing or the wrong letter is inserted. Paragraphs become duplicated. It’s been calculated that humans accumulate about 100 mutations a generation. These are neither necessarily harmful nor beneficial, but without them we might still be fish or wombats. Or slime. Change equals adaptability.

You were wondering where the cichlids went? There’s a connection. Lake Malawi is around two million years old and so, roughly, is its family Cichlidae. The African Great Lakes area was probably also the birthplace of Homo sapiens, which appeared about the time the Rift began widening its tear in the continent. So checking our progress against the little fish makes for an interesting comparison. Genetic trial and error buffed up our survival machines, but has left them largely unchanged since then. Cichlids took another road. They speciated. Breathtakingly.

From a single species of fish poured forth an evolutionary avalanche of adaptive species radiation. Researchers guess that Lake Malawi contains around 1,000 species of cichlid, although almost every time they probe, another species is found.

There are cleaners which remove parasites from other fish; stealth-trackers which hide on their sides under greenery, then pounce; egg-stealers; big-lipped beasties which suck food from rock crevices; and both left-handed and right-handed scale-biters which have their mouths on one side so they can better swipe the scales off living fish.

Some cichlids live among rocks, others above sand. Many live only at specific depths in the water column. These fish are so habitat specific that the entire population of a species may live in a single bay or on a particular side of a single island.

Most recognise each other by their patterns and colour, so snorkelling among cichlids can be dazzling. It’s not surprising that Lake Malawi’s cichlids are among the most popular occupants of fish tanks around the globe. Between them, the African Great Lakes contain more species of fish than any other body of freshwater on the planet. Around 99% are endemic.

While our genes created a body which could carry us just about anywhere, cichlid genes – by trial and error – created a new species for every conceivable niche. They can speciate at an astonishing rate, with new species emerging within a human lifespan. By comparison, the coelacanth, that living fossil of a fish, has remained unchanged for 70 million years. Scientists are still puzzling about what causes the difference.

There is another error, however, that needs mentioning – not an error of gene replication, but of judgement. In May 1962, near Entebbe in Uganda, a government official emptied a bucket of Nile perch into Lake Victoria. These fish breed fast and can grow to an enormous size. It was thought that they would be a useful food source.

The trouble with extinction is that it is forever. We’re losing species before we know they exist.

They were. At that time, cichlids constituted about 80% of the lake’s biomass. Today, in many places, they come in at less than 1%. Around 80% of any netted catch is now perch, the other 20% being tilapia and lake sardine. It is as if the food pyramid has been turned upside down.

In terms of biodiversity, the loss of the cichlid ‘flock’ to the hungry perch is staggering – it seems probable that about half of Lake Victoria’s species have gone extinct or have population sizes so small that recovery seems highly unlikely. To survive, Nile perch are now eating each other, cannibalising their own young and doing very well on it.

Biologist Tony Ribbink has described the subsequent loss of more than 250 species of cichlid as “the most dramatic example of human-induced vertebrate extinction in recorded history”.

The disappearance of big furry animals causes no end of public concern. Imagine the panic that would be caused by vast prides of lions in the Serengeti pursuing the last existing antelope. The drama going on below the waters of Lake Victoria is not much different. But beyond the circle of concerned ecologists, the mass slaughter of cichlids by perch seems to be raising few eyebrows.

The effect on the area’s ecology is already being felt. Swarms of lake flies – their larvae previously eaten by cichlids – have increased massively. Blooms of blue-green algae are spreading rapidly. Kingfishers are on the decline. Deforestation has escalated because the large perch cannot be sun dried and have to be wood smoked.

The trouble with extinction is that it is forever. We’re losing species before we know they exist. Biologists have named around 1,5 million species of plant, animal, insect and microorganisms, yet it’s thought that the number of unknown species is anything between three million and 100 million.

A rough estimate puts the number of insects alive on the planet at about a million trillion. The number of bacteria in a single pinch of soil is around 10 billion. All that in a biosphere so thin that it can’t be seen edgewise from an orbiting spacecraft.

Lake Malawi, like Lake Tanganyika, is still a treasure of biodiversity, a place of enormous ecological and evolutionary value. It has taken billions of microscopic errors and millions of years to turn the lake into a biological wonderland. It would take one human with a bucket – one massive error of judgement – to turn it into an environmental disaster.

Postscript: Cichlid speciation into every conceivable niche raises an interesting question about our particular niche. If Darwin and most modern biologists are correct, Homo sapiens are the product of chance mutations which were essential for our survival as a species in the niches in which we found ourselves.

All useless mutations were ruthlessly discarded: probably eaten by predators or bacteria. Humans, however, now live in nearly every available niche – in other words, across the whole planet.

That we developed a brain which could understand the nature and laws of the universe – and that it has seemingly retained that ability for thousands of years – means, in Darwinian terms, that it must be beneficial for our survival as a species.

The only reason can be that our future survival depends on comprehending the relationship between ourselves, our planet and the rest of the universe. And why? Ask any ecologist. DM/ML