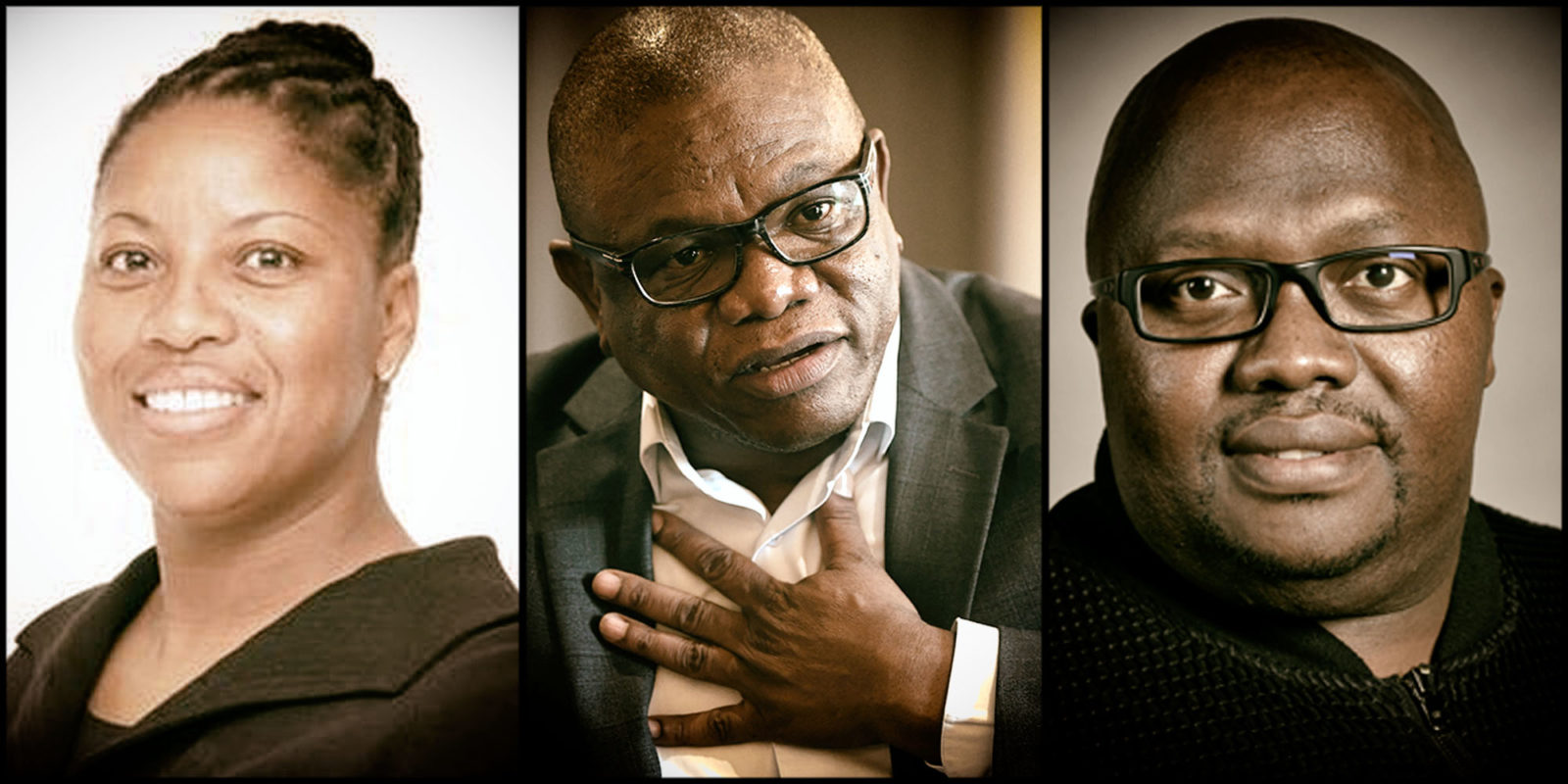 After two weeks of multiple ANC PPE procurement scandals, the Gauteng ANC has taken decisions that will both infuriate and delight many.

Gauteng has accepted a decision from its Integrity Committee to instruct two mayors in the province implicated in the VBS scandal to step down. This is an apparent contradiction of what the ANC’s National Executive Committee has said about two Limpopo officials implicated in the same way, in the same scandal. But, as part of the same body of decisions, the Provincial Executive Committee has also cleared Joburg Mayor Geoff Makhubo of any conflict of interest. These claims are related to R30-million a company he formed received from the City before he was a member of the Mayoral Committee, but while he was treasurer of the Joburg ANC.

People involved in the decision-making process in Gauteng over the long weekend will have been very aware of the context of these decisions, of the deep-seated public anger at the serious allegations of PPE procurement corruption. They would have known that these decisions will set the stage for their hearings into whether presidential spokesperson Khusela Diko (being investigated as a member of the Gauteng PEC), Gauteng Health MEC Dr Bandile Masuku and his wife Loyiso behaved corruptly. They will have been aware of how their decisions around the two Gauteng mayors implicated in the VBS scandal will be viewed.

As a result, the Gauteng Provincial Executive Committee (PEC) has now agreed with its provincial Integrity Committee and instructed them to step down. This means Mogale-Letsie will leave her post in Merafong, while Maneli will have to step down from his current position as a member of Parliament.

The implications of this are fascinating. The Gauteng PEC was careful to state that it has not made any findings of wrongdoing on the part of the duo, but that there is still an implication of wrongdoing.

Presumably, this implication comes from the investigation report into the VBS looting compiled by advocate Terry Motau. This was the same report on which the ANC took decisions to suspend and remove other mayors and officials in Limpopo.

But three weeks ago the NEC decided to lift suspensions and reinstate Florence Radzilani and Danny Msiza from Limpopo in a similar matter to that of Mogale-Letsie and Maneli.

The decision to reinstate the Limpopo duo has led to a huge outcry, with the ANC accused of again being soft on corruption.

For some, the Gauteng ANC may well be making a point, and trying to still project itself as a moral force. Considering that it is the province that has had to ask its Health MEC Dr Bandile Masuku, and his wife, Joburg Mayoral Committee Member Loyiso Masuku, to step down, this is a moment to burnish its anti-corruption credentials. Of course, the provincial Integrity Committee, chaired by Trevor Fowler, will say that it has dealt with this only on the facts of the case, as it surely must.

For some, this will be a painful slap in the face of the man who had to justify the NEC’s VBS decision more than anyone. ANC Secretary-General Ace Magashule has been asked about this again and again. And again and again, he has defended the decision, saying that it is wrong to keep Radzilani and Msiza out of their positions for two years without them being charged by the National Prosecuting Authority.

At the root of all the anger at the ANC is the issue of proximity to power. Magashule is correct when he says there is no law that prevents a family member of an ANC leader doing business with the state.  This means that despite all of the political discontent and frustration we have seen, it is very likely that no one will be criminally charged or held legally accountable for their actions.

He has also, for some, been the face of the ANC’s (alleged) corruption. He said last week that there was no law that prevented family members of ANC leaders from doing business with the state. He appeared to sidestep issues of ethics and morality. Former deputy ANC secretary-general Cheryl Carolus could not hide her anger at his comments during a television interview on Newzroom Afrika on Friday afternoon, saying that what had happened was “shocking… there is no excuse for it, it is immoral…”

Magashule’s attempts to justify the Msiza and Radzilani decision may now be made to look even more inexcusable.

At the root of all the anger at the ANC is the issue of proximity to power. Magashule is correct when he says there is no law that prevents a family member of an ANC leader doing business with the state.

This means that despite all of the political discontent and frustration we have seen, it is very likely that no one will be criminally charged or held legally accountable for their actions.

The real question is around how it is that decisions are actually made, and how they always appear to benefit those who are close to political power.

This is demonstrated very clearly in the case involving Makhubo. The claim against the current Joburg mayor flows from an investigation by amaBhungane, first published in Daily Maverick in December 2018.

In essence, the accusation is that Makhubo started and ran a company that was then paid money to help another firm, Regiments, “maintain a strategic relationship” with the City of Joburg, earning around R30-million over several years. At the time he was a role-player in the Joburg ANC, first as treasurer before eventually becoming a member of the Mayoral Committee for Finance.

This point has been put to Makhubo himself. In an interview on SAfm just after the publication of the amaBhungane report, he was asked if it “would have been possible for you to maintain this strategic relationship with the city if the ANC was not in power?”

In this case, the Gauteng Integrity Committee has said that there was no conflict of interest. That finding has been accepted by the Gauteng ANC Provincial Executive Committee.

But this matter actually goes to the heart of the entire issue, which is: how are decisions made around government contracts, and who actually makes them?

If there is no sense of ethics, then the law can be rendered almost useless. And without proper transparency (and even with it, who has the time and resources to go through a long list of contracts?) then it would surely be very easy for those linked to the ANC to become rich very quickly.

This point has been put to Makhubo himself. In an interview on SAfm just after the publication of the amaBhungane report, he was asked if it “would have been possible for you to maintain this strategic relationship with the city if the ANC was not in power?”

Makhubo replied that the company had been formed in 1998 and pursued many opportunities, and “opportunities were brought by the democratic government”. But he denied, strongly, that he had used political connectivity to make money.

It is possible that he is right. But it seems unlikely that someone who has had the proximity to power at the time that he had did not use it. And this gets to the heart of the problem.

There will be some who will say that the law needs to be changed, but that is unlikely to lead to a different outcome. If there is one thing that can be learnt from the “State Capture Era”, it is that it is not the law that matters, it is the decision-makers who matter.

This is the same around the world, it happens time and time again in all democracies everywhere. The ANC’s opponents will say that this means that a political solution is required. That may be, but the solution could well come from inside the ANC (through “renewal”) or outside the ANC (a change of political power).

The ANC in Gauteng has made some first tentative steps towards accountability – and only time will tell if the rest of the organisation will follow it. Certainly, public anger is there and something better change, soon. DM