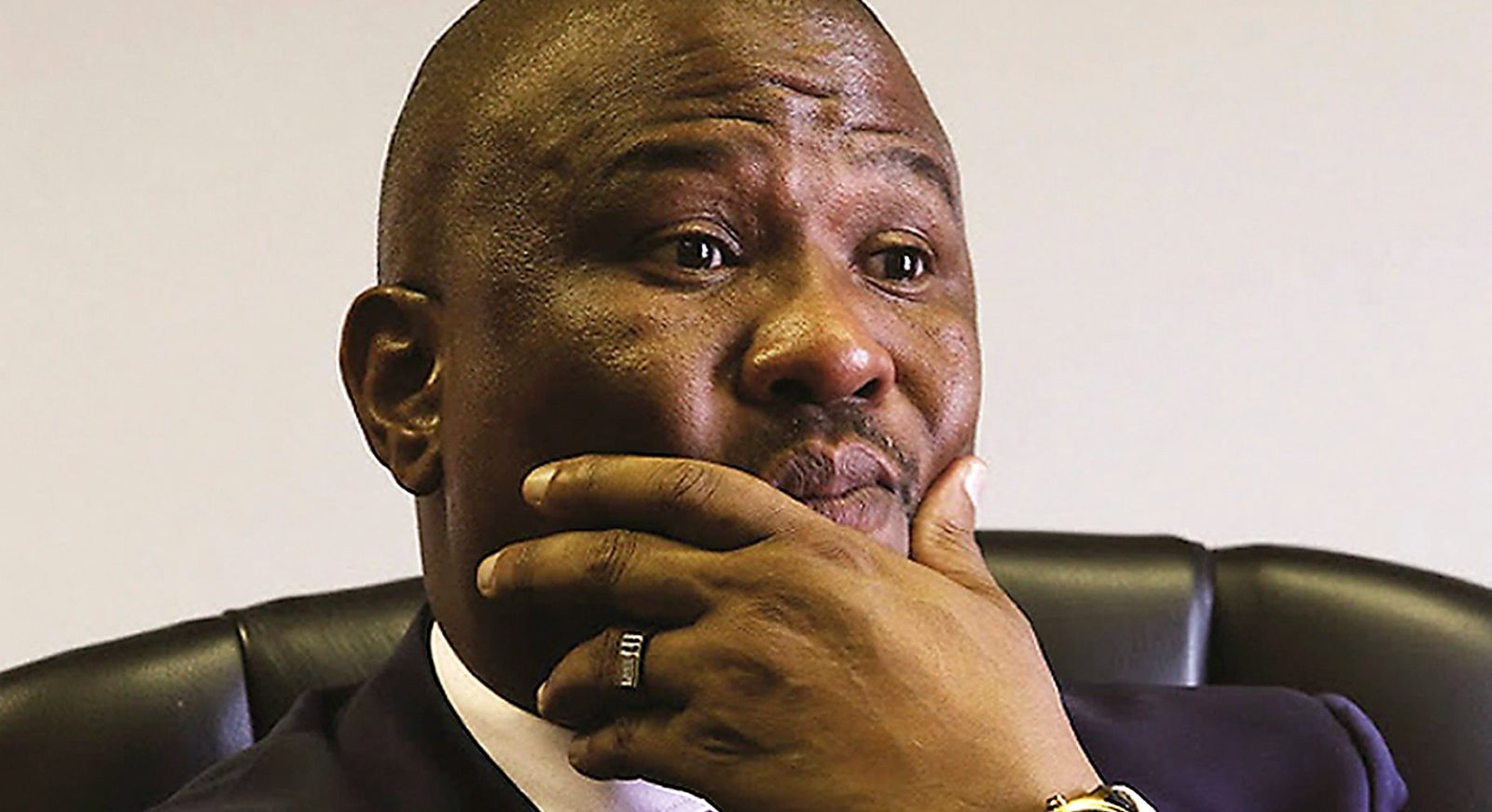 Eastern Cape Premier Oscar Mabuyane announced that the list of companies that benefited from Covid-19-related procurement in the province would be made public on Tuesday and called on people to share information if they knew of corruption in any of the deals. He also announced extensive lifestyle audits for members of his cabinet and senior government officials.

Eastern Cape Premier Oscar Mabuyane has ordered publication of the list of companies that benefited from Covid-19-related procurement in the province. He called on people to scrutinise the list and inform law enforcement agencies if they had information about wrongdoing or corruption.

Mabuyane also announced that all senior members of his provincial cabinet and those holding senior positions in the government would be subject to lifestyle audits by the State Security Agency.

The new regulations came as Mabuyane announced that 466 people had died of Covid-19 in the province in nine days. This brings the confirmed death toll in the province to 2,266 – a figure that includes 85 health workers. He added that more than 5,000 health workers had tested positive for the virus.

Mabuyane announced that Professor Lungile Pepeta, the executive dean of Nelson Mandela University’s Faculty of Health Sciences, would be given a special Category 2 Provincial Burial in his home town, Bizana, on Wednesday 12 August.

“He was an extraordinary human being who did extraordinary work in his short life. That is why we applied to President Cyril Ramaphosa for him to accord Professor Pepeta a send-off befitting of his extraordinary deeds,” Mabuyane said.

Pepeta died of Covid-19-related complications in Life St George’s Hospital in Port Elizabeth on Friday. Pepeta was a paediatric cardiologist, a former head of the department of paediatrics at Dora Nginza Hospital and was in the process of establishing the country’s newest medical school when he died.

“What pains me the most about his sudden passing is that I was in constant communication with him. He was in good spirits and he was assuring me that he will defeat the virus and get back to the frontlines. Even when I was asking him to take it easy and focus on his recovery, Professor Pepeta wanted to know about developments in the work we are doing to fight the pandemic and offered advice from the hospital bed he was lying in because his purpose in life was to save the lives of others,” Mabuyane said.

Pepeta was serving on the provincial panel of experts. “We were still in the infancy stage of working together with him and other health experts to address healthcare provision challenges to ensure that post Covid-19, we have an improved healthcare system throughout our province.”

Mabuyane said he had decided to publish the provincial government’s procurement lists as there had been concerns about the procurement of goods and services related to Covid-19, with claims of suspected corruption and beneficiation of companies with links to political and administrative leadership.

“Since the start of April, the Eastern Cape Provincial Government has paid invoices to the value of more than R582-million to companies for PPE, renovations in our healthcare facilities and provision of essential supplies. We have taken a decision to publish the names of the companies that have benefited from our procurement and the names of their directors on the website of the Provincial Treasury. By publishing the list, we are introducing a new culture of transparency in our supply chain management,” said Mabuyane.

“The people on whose behalf we serve have been calling for transparency, we are obliging to their request. From now onwards we aim to do regular publication of the transactions the provincial government makes with companies. This will give the public an opportunity to follow every rand and cent of the public resources we spend.

“It will also lift the veil on who benefits from procurement in the province because there is a perception out there that government spending benefits family members of government leaders and their friends. Others argue that government spending only benefits companies outside the province. Now that the list is published, the task is to separate facts from fiction, reality from myths and truth from distortions,” said Mabuyane.

He said while 497 of 611 service providers who were supplying PPE to the province were based in the Eastern Cape, “many” were buying their products from outside of the province.

Five government departments spent more than R 1.1-billion and out of this money, R875.4-million went to Eastern Cape suppliers in line with the local economic development procurement framework.

Mabuyane said he, all MECs, all directors-general, all heads of department, all deputy directors-general and all chief financial officers, chief directors and those who head supply chain management would be included in the first round of lifestyle audits.

“One of the things that worries us about some of the companies on the published list, is that many of the companies might have purchased the goods they supplied from companies outside the province, which defeats our local economic development agenda. We do not blame the businesses though, because there is limited manufacturing capacity of goods in our province…”

Mabuyane said he did not believe that they could rely on the Department of Public Service and Administration’s disclosure process by itself and have approached the State Security Agency to conduct independent lifestyle audits of key personnel “to complement” this.

“The more mechanisms, the merrier to prevent and stop the rot of corruption in government.”

Mabuyane said he, all MECs, all directors-general, all heads of department, all deputy directors-general and all chief financial officers, chief directors and those who head supply chain management would be included in the first round of lifestyle audits.

“In the long run, these measures will be extended to other senior managers and those in the middle-management levels. We want to make sure that everyone who makes decisions or recommends decisions on procurement of goods and services will have their lifestyle audited.”

Mabuyane said that while the number of new infections was dropping by the day, he did not believe the province was out of the woods yet. He received a donation of PPE from Mercedes-Benz South Africa on Tuesday and said these would be reserved for healthcare workers.

Mabuyane said he was encouraged by the 77,000 people in the province who had recovered from the virus.

“Our recovery rate is now 93.9%, a phenomenal rise from the 52% we were at on 1 July. We now have only 2,773 active cases in the Eastern Cape. From these numbers we can deduce that the end of our nightmare might be closer than we anticipated.”

Another 10 doctors from Cuba have arrived in the Eastern Cape.

Mabuyane said they were making progress in ensuring that all the province’s hospitals had sufficient oxygen, and added that the Department of Health had now filled 7,174 of the planned 7,652 posts needed to respond to the pandemic.

“Employment relations have generally stabilised with the provision of PPE and the introduction of standard operating procedures relating to Covid-19. This week the team is working with the National Department of Health to explore the feasibility of the deployment of qualified nurses who are presently undergoing further training at Covid-19 sites during the surge,” said Mabuyane. DM/MC