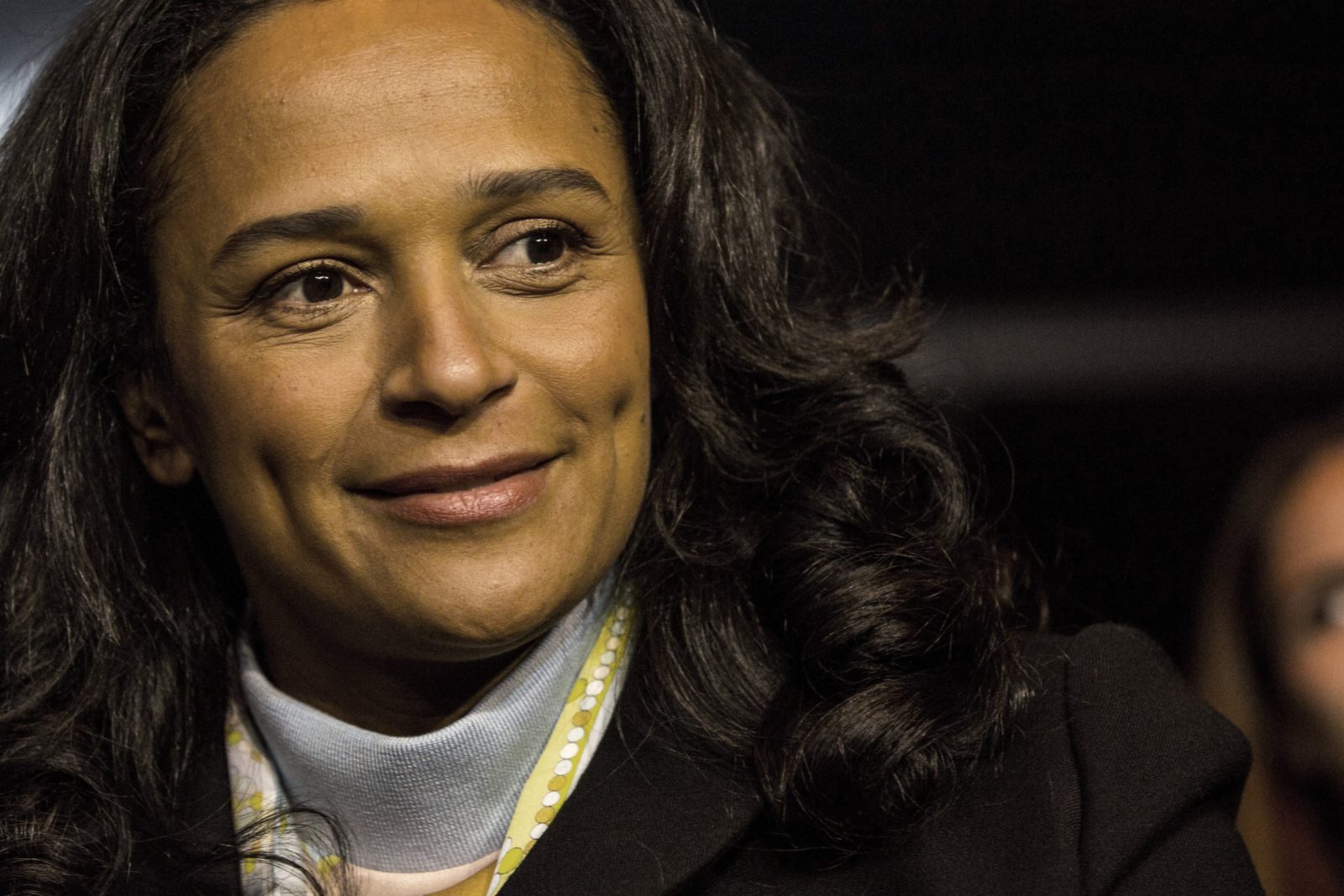 Isabel dos Santos.Economy Minister Manuel Caldeira Cabral presides over the inauguration of Efacec's new electric mobility industrial unit. The session, was attended by the majority shareholder of Efacec, Isabel dos Santos.This industrial unit, located in Maia, will allow to increase the annual production capacity of fast loaders for electric vehicles, a segment in which Efacec is a world leader.

“After 20 years dedicated to the creation, development and success of Unitel, I chose to leave the position of member of the company’s board of directors,” dos Santos, who holds a 25% stake in Unitel, said in a statement cited by Lusa.

Dos Santos’ decision to leave her position at Unitel, which dominates Angola’s telecoms market, is related to a “climate of permanent conflict” among the company’s board of directors, she said in the same statement.

Dos Santos, who has repeatedly denied any wrongdoing in a series of allegations, has suffered a fall from grace since her father, Jose Eduardo dos Santos, was replaced by President Joao Lourenco in September in 2017 after 38 years in power.

The businesswoman, who is embroiled in a huge financial scandal, amassed a fortune estimated at more than $2 billion through stakes in various companies, including Unitel, which has Angola’s state oil company Sonangol as a majority shareholder.

In December 2019, Angola froze the assets of dos Santos, including stakes she held in Angolan firms including Unitel, BFA and ZAP MIDIA.

She suffered a further hit when hundreds of thousands of files dubbed the “Luanda Leaks” were released in the same month about alleged financial schemes used by dos Santos to build her business empire.

Since the Luanda Leaks investigations emerged, Angola has announced that she and several associates are the targets of a criminal investigation.

In January, Angola named dos Santos a formal suspect over allegations of mismanagement and misappropriation of funds during her time as chairwoman of Sonangol, which had already indicated it wanted to reduce the influence of dos Santos in Unitel.

Lourenco has since moved to push aside powerful figures associated with his predecessor and sacked dos Santos as chairwoman at Sonangol. (Reporting by Catarina Demony, Editing by Angus MacSwan)

Refilwe Mekoa for Spotlight • 3 hours ago