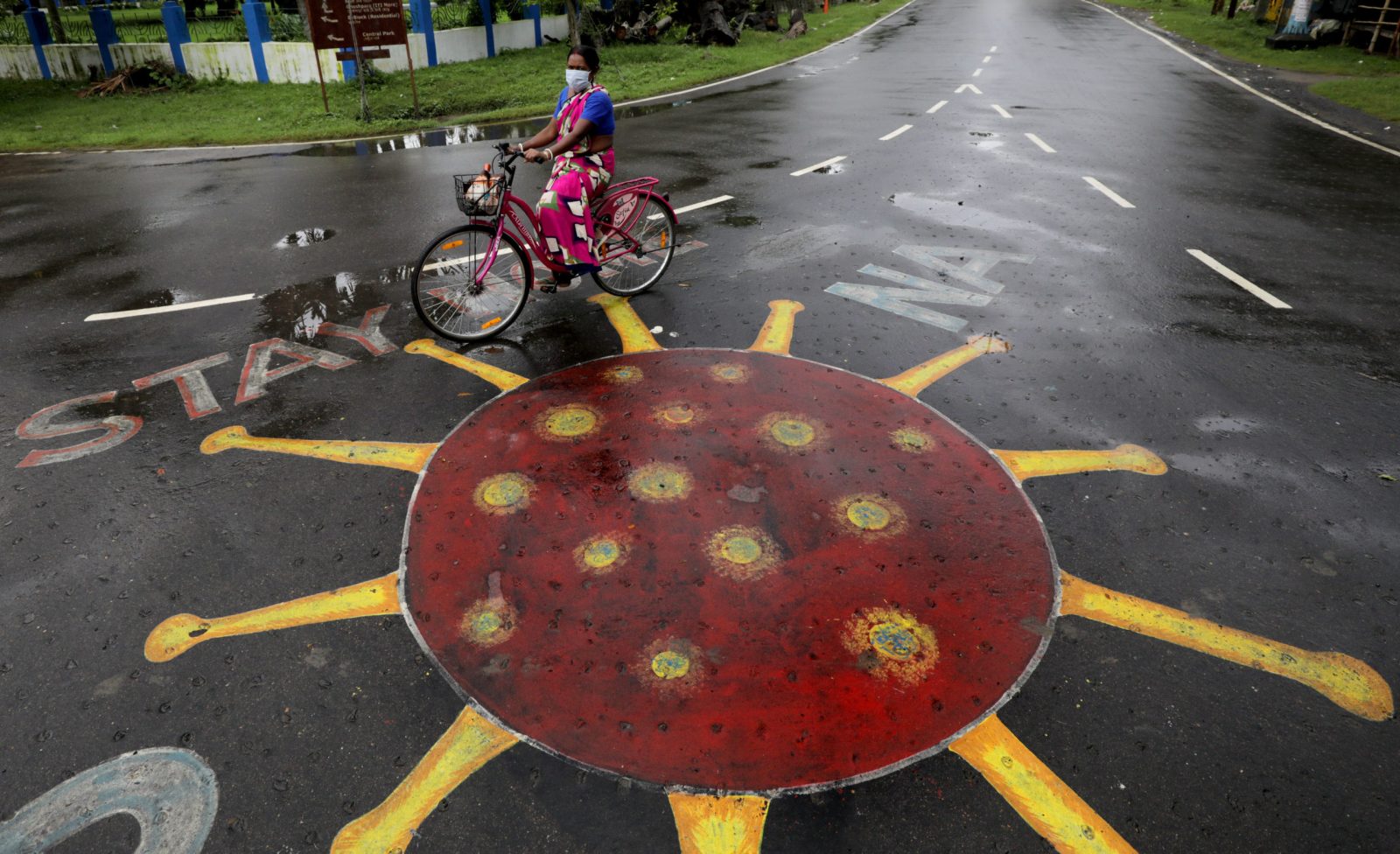 epaselect epa08584698 A woman cycles past a graffiti depicting the coronavirus, amid the ongoing coronavirus lockdown in Kolkata, India, 05 August 2020. The West Bengal government announced a week-long complete lockdown in different areas around Kolkata and nearby districts amid a spike in infections. EPA-EFE/PIYAL ADHIKARY

BENGALURU/MUMBAI,India Aug 7 (Reuters) - India, the country hardest hit in Asia by the coronavirus pandemic, reported on Friday a record daily jump in infections, taking its total number of cases over two million.

It is the third nation to pass that unwanted milestone, lagging behind only the United States and Brazil.

With infections spreading further to smaller towns and rural areas, experts say the epidemic in India is likely to be months away from hitting its peak, putting more strain on an already overburdened healthcare system.

And authorities are having to deal with multiple outbreaks across a nation of 1.3 billion people.

“A country of India’s size and diversity has multiple epidemics in different phases,” said Rajib Dasgupta, head of the Centre of Social Medicine and Community Health at the Jawaharlal Nehru University in New Delhi.

The health ministry said on Friday there were 62,538 new infections, taking the country’s total to 2.03 million.

India has been posting an average of around 50,000 new cases a day since mid-June, but experts say its testing rate at 16,035 per million people is far too low.

Still, the government has taken some solace from the relatively low death rate, at about 2%, with 41,585 deaths so far, though that figure will be understated as only deaths of people who have been tested for the virus are counted.

Epidemiologists say the epidemic in India is likely to be months away from hitting its peak, which will put an already overburdened healthcare system under more strain.

Prime Minister Narendra Modi imposed a strict lockdown on March 25, during the initial stages of the outbreak, causing mass movement of migrant workers from cities back to their villages.

Several states including Bihar in the east, where many migrants returned, have witnessed a surge in cases in recent weeks as the lockdown has been eased to salvage a sagging economy. (Writing by Rupam Jain; Editing by Simon Cameron-Moore)