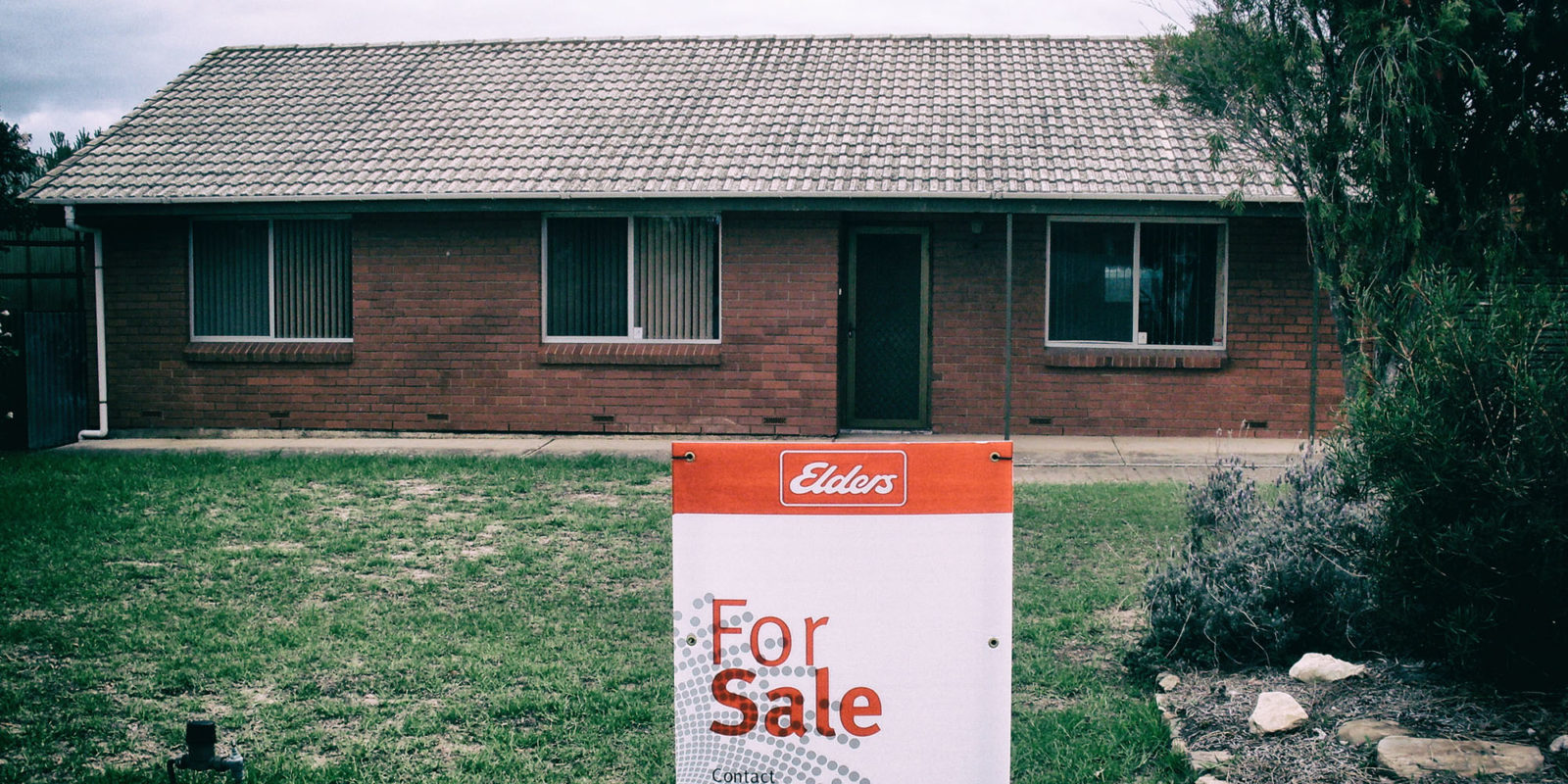 Backlog chaos continues to cloud Cape Town’s Deeds Office, which opened again on Monday – but for how long?

The Cape Town Deeds Office was closed for four working days from last Tuesday, 28 July, apparently for Covid-19 decontamination – this follows on highly intermittent operations since it reopened under lockdown Level 3 in May.

At present, the deeds office’s turnaround time from date of lodgement to when files are available for registration is two months. The bottleneck is causing the city’s property sector to gridlock as transactions grind to a halt, with a backlog running into tens of thousands of deeds.

According to the deeds office’s website, turnaround ought to be seven working days.

Industry insiders blame poor management, saying deeds office management and staff are using Covid-19 as an excuse to not go to work.

Meanwhile, property sector representatives have lodged an urgent application at the Western Cape High Court to see business restored and the backlog addressed.

This week, at 90 Plein Street, adjacent to Parliament, conveyance attorneys queued in the rain for hours, waiting to enter the deeds office building. Inside, corridors were crammed with more conveyance attorneys wearing masks, as they queued to access different parts of the premises.

In addition, about 50 deeds office clerks have been banned from the building. Some of these clerks set up a table on the opposite pavement in Plein Street, compiling documents for transactions worth millions of rand in the wind and rain.

Giles Buswell of Henwoods Attorneys, a conveyancer for the past 30 years, described the situation as ludicrous.

“Before Covid,” says Buswell, “you could expect lodgement to take two weeks. Now it’s two months. I mean, transactions I lodged at the end of June, are still not registered yet. It looks to me like they may be registered at the end of August.”

How does this affect the pockets of property buyers and sellers?

“Let me give you an example,” says Buswell. “Let’s say the seller expected transfer to register in April. But for April and May, completely nothing happened at the deeds office. So it only got lodged in June. From here, it takes another two months. So now, this seller, who anticipated his or her money in April, will only have it in August. So now they need to borrow that money somewhere. What if they were buying a new house? Who knows what problems people are facing.”

This week, Buswell waited in Plein Street outside the Cape Town Deeds Office, in the rain.

“Only five metres of that queue was sheltered, for the rest people were in the cold,” he says. “So there I was in the rain, watching. Let me explain about the plight of the deeds office clerks. Virtually all conveyancers employ at least one such clerk. The clerks are an interesting community and have by all accounts been a feature at the deeds office for generations. They are highly responsible and dependable people and are often the senior breadwinner in their family, raising children and supporting elders. They are not official deeds office staff. They are independent contractors; we pay them. So these are the people who get the legwork done, they perform highly specialised tasks. They make the deeds office work.

“Now, with Covid, these guys have been banned from the building. Only conveyancers are allowed inside. So some clerks set up a table in Plein Street on the sidewalk across the road from the deeds office. Here about 20 of them were putting together documents for transactions worth millions and millions of rands, in the rain and the wind. I just thought to myself: ‘This is utterly absurd.’ That the deeds office cannot create a system whereby these guys can get into the building, out of the rain, to do their work with dignity. It’s ludicrous. I’ve been a conveyancer for 30 years, and they’ve always been inside the building. A lot of these guys have lost their jobs, because they cannot get into the building. Before, there used to be about 50 of them.”

“It appears that the Cape Town Deeds Office is blaming Covid for being behind, for their backlog. In fact, it is poor management and just not keeping up with the latest legislation on how to manage Covid in the workplace. They opened again on Monday – but for how long? The queues are ridiculous, attorneys are queuing for hours.”

Le Roux added that, to his knowledge, the deeds offices in Johannesburg and Pretoria are operating with a normal turnaround time.

“The department refutes this allegation and is working very hard with its stakeholders to ensure that we provide a world-class and secure deeds registration system,” Ngcobo writes. “Stakeholders are more than welcome to engage the department if they have any concerns.”

Court documents note that the deeds office was initially supposed to reopen on May 1. Due to problems, including with PPE (personal protective equipment), it only reopened on May 13.

Asked why the Cape Town Deeds Office was closed for four working days from Tuesday, July 28, until this Monday, he responded: “The office had undergone the process of decontamination on Thursday 30 July 2020.”

In June, the Cape Town Attorneys Association, the Tygerberg Attorneys Association, and the Institute of Estate Agents of South Africa lodged an urgent Western Cape High Court application against the minister of agriculture, land reform and rural development, the chief registrar of deeds, and the acting registrar of deeds, in a bid to restore regular working hours at the Cape Town Deeds Office.

Court documents note that the deeds office was initially supposed to reopen on May 1. Due to problems, including with PPE (personal protective equipment), it only reopened on May 13.

Despite a total staff count of 198, only 12 junior and four senior examiners reported for duty at the deeds office on this day. Then, on May 19, the office was again shut with immediate effect.

According to court papers: “On May 19 the first applicant [the Cape Town Attorneys Association] was informed that the Cape Town Deeds Office ‘will close with immediate effect until further notice’. This then was a harbinger for the events that followed. Correspondence was sent to the registrar and a notice received that lodgements would be accepted from May 21 again. The Cape Town Deeds Office opened for two to three days and then closed for two or three days. On the days that it was open, deeds could not be lodged because there were insufficient staff at hand to service the conveyancers attending.

“The situation was and still is unacceptable and unfair to the general public, legal practitioners, estate agents and other stakeholders… The halt in the registration process has not only had a negative economic effect but has had a huge negative socio-economic effect as well. Amongst the deeds that are stuck in the system are deeds for socio-economic housing commonly known as BNG, Breaking New Ground, formerly RDP housing.”

A court order later in June compelled the minister and registrars to submit a “Deeds Office Covid-19 Action Plan” to normalise operations during the pandemic, and a plan for dealing with the deeds backlog.

These plans were filed on July 22.

But Le Roux says both these documents are “inadequate and do not resolve anything.”

He is busy drawing up a response, which will be filed at the court later this week.

In the response, the chairperson of the Cape Town Attorneys Association, Clive Hendricks, will submit that the respondents [the minister of agriculture, land reform and rural development, the chief registrar of deeds, and the acting registrar of deeds] have continuously relied on outdated Covid-19 regulations “illustrating that they have failed to keep abreast of the latest developments around the pandemic, and by doing so, have caused the property industry a grave injustice… This despite hundreds and men and women risking their lives daily, to ensure that the wheels of other economic sectors keep turning.” DM/MC