Uefa Champions League back with some mouthwatering match-ups 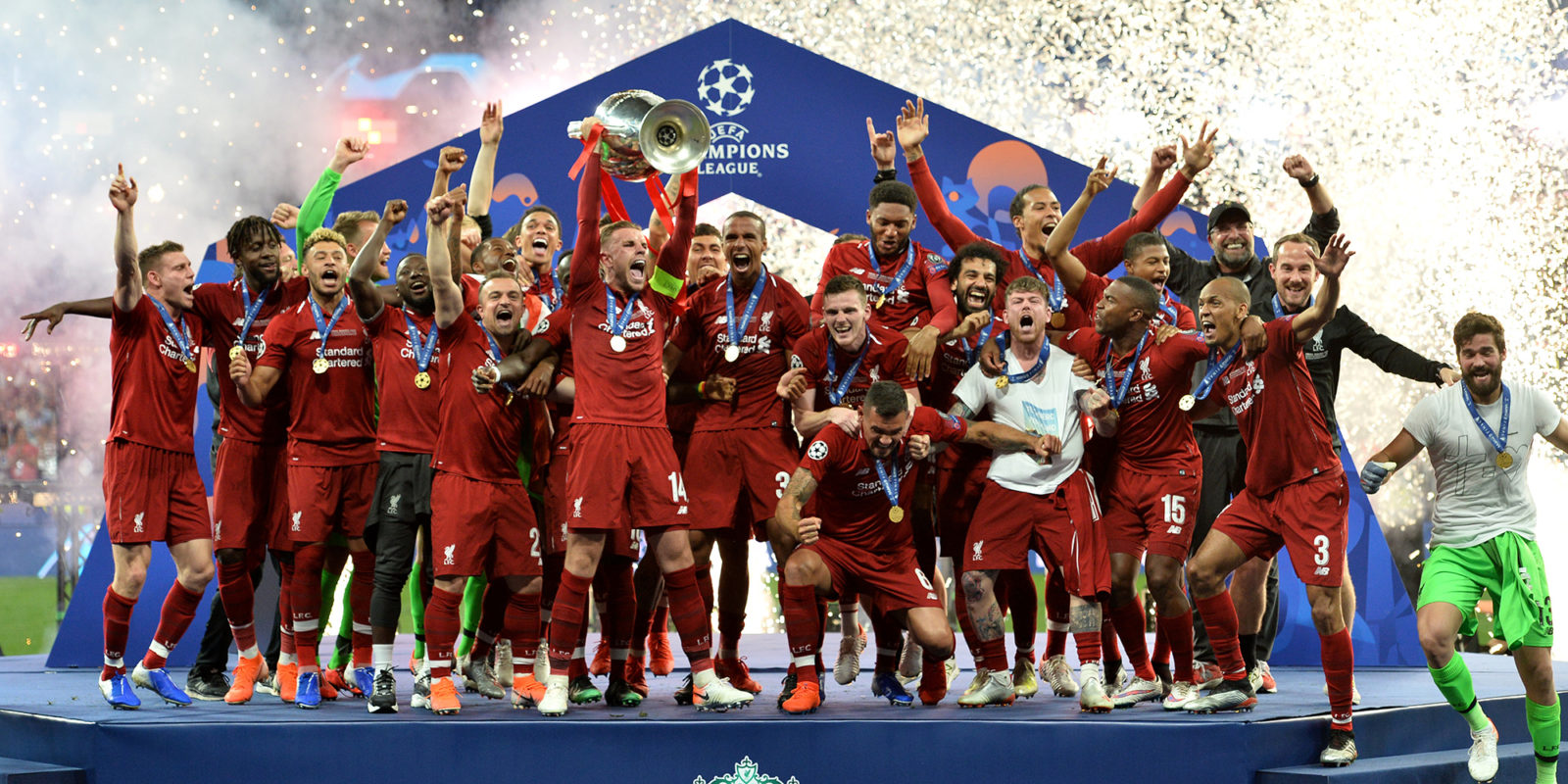 Liverpool players celebrate with the trophy after winning the UEFA Champions League final between Tottenham Hotspur and Liverpool FC at the Wanda Metropolitano stadium in Madrid, Spain on 1 June 2019. (Photo: EPA-EFE / Peter Powell)

After a 149-day break, the Uefa Champions League returns on Friday, starting with the final four fixtures of the last 16.

The last time a ball was kicked in the Uefa Champions League was when Atletico Madrid knocked defending champions Liverpool out of the competition in the round of 16 back in March. The Covid-19 outbreak resulted in the rest of the matches being postponed until it was safe to return to play.

Now Europe’s premier club competition is set to make a comeback on Friday, albeit under a slightly different guise. The format of the final stages of the competition has been amended with the quarter-finals, semi-finals and final all set to be a winner-takes-all situation, as opposed to the traditional two-legged, home and away fixtures. Sunday 23 August has been pencilled in as the date for the final.

All fixtures from the quarter-finals onwards will be played in Lisbon, Portugal. They will be spread between two venues in the Portuguese capital – Benfica’s Estadio da Luz and Sporting Lisbon’s Estádio José Alvalade.

“I believed it from the first moment. You should always be optimistic, and if something like this crisis happens, you must have a plan ready. At the present time, we will be playing matches without spectators until further notice. We will not take any risks,” said Uefa president Aleksander Čeferin when asked if he always believed the European competitions would be concluded.

Unplayed round of 16 second-leg fixtures will be held at the clubs’ home ground: Juventus vs Lyon, and Manchester City vs Real Madrid on 7 August; Barcelona vs Napoli, and Bayern Munich vs Chelsea on Saturday 8 August.

Undoubtedly, the marquee fixture from those remaining in the round of 16 is the clash between City and Real. On paper, the two sides appear to be evenly matched and both possess firepower that should result in a humdinger of a game.

“We are ready to play against them and we will be prepared to fight until the end,” City defender Aymeric Laporte told the club’s official website.

The aggregate score is 2-1 in favour of Pep Guardiola’s men. On the other hand, Real finished the domestic season in splendid form as they won La Liga. They posted 10 consecutive wins as they raced to the title ahead of Barcelona. Zinedine Zidane’s team will be hoping to carry that momentum into the clash at the Etihad.

“Without fans it’s a different game. It will be a very good game and difficult for both sides, but we’re Real Madrid and we know we have a chance to go through. They won’t have their fans and that might favour us a little. But the players are the same, the coach is the same and we all know that the difficulty level will be the same because they’re a great team,” Real’s Brazilian midfielder Casemiro told Esporte Interativo.

Real’s arch-nemesis on the domestic scene, Barcelona, will tackle Napoli at Nou Camp. And considering the indifferent form that the Catalans have displayed since the official restart of football in Europe, the Italian side might fancy their chances with scores currently level at 1-1.

One of Barca’s biggest critics this season has been their captain, Lionel Messi. Speaking after a shock loss to Osasuna in La Liga, the Argentine lashed out at how below-par the team has been this season, by their standards at least.

Another team that has had a topsy-turvy season is Frank Lampard’s Chelsea. Their chances of adding a second Champions League trophy are all but dead in the water as they face a 3-0 deficit after defeat at the hands of Bayern Munich in the first leg at Stamford Bridge back in February.

To add to that, the Bavarians are riding a massive wave after securing their eighth Bundesliga title on the trot, while the Blues were recently beaten 2-1 by London rivals Arsenal in the FA Cup final to deny Lampard his first piece of silverware since taking over as manager.

“We’ve already had a great season, winning the championship and the cup,” Bayern midfielder Leon Goretzka told Bild am Sonntag. “It is clear to every one of us that the competition and our path to the final is extremely challenging.”

Whoever progresses from the tie between Chelsea and Bayern will take on either Napoli or Barcelona in the quarter-finals. Confirmed fixtures for the quarters include RB Leipzig vs Atletico, as well as Atalanta vs Paris Saint-Germain.

The Cristiano Ronaldo-led Juventus will be looking to overturn a 1-0 aggregate score over French side Lyon. Victory for either of the pair will book them a date with City or Real in the last eight.

The Europa League, meanwhile, will be played to a conclusion at a series of venues in Germany, with the last eight beginning on August 10 and the final in Cologne on August 21. DM