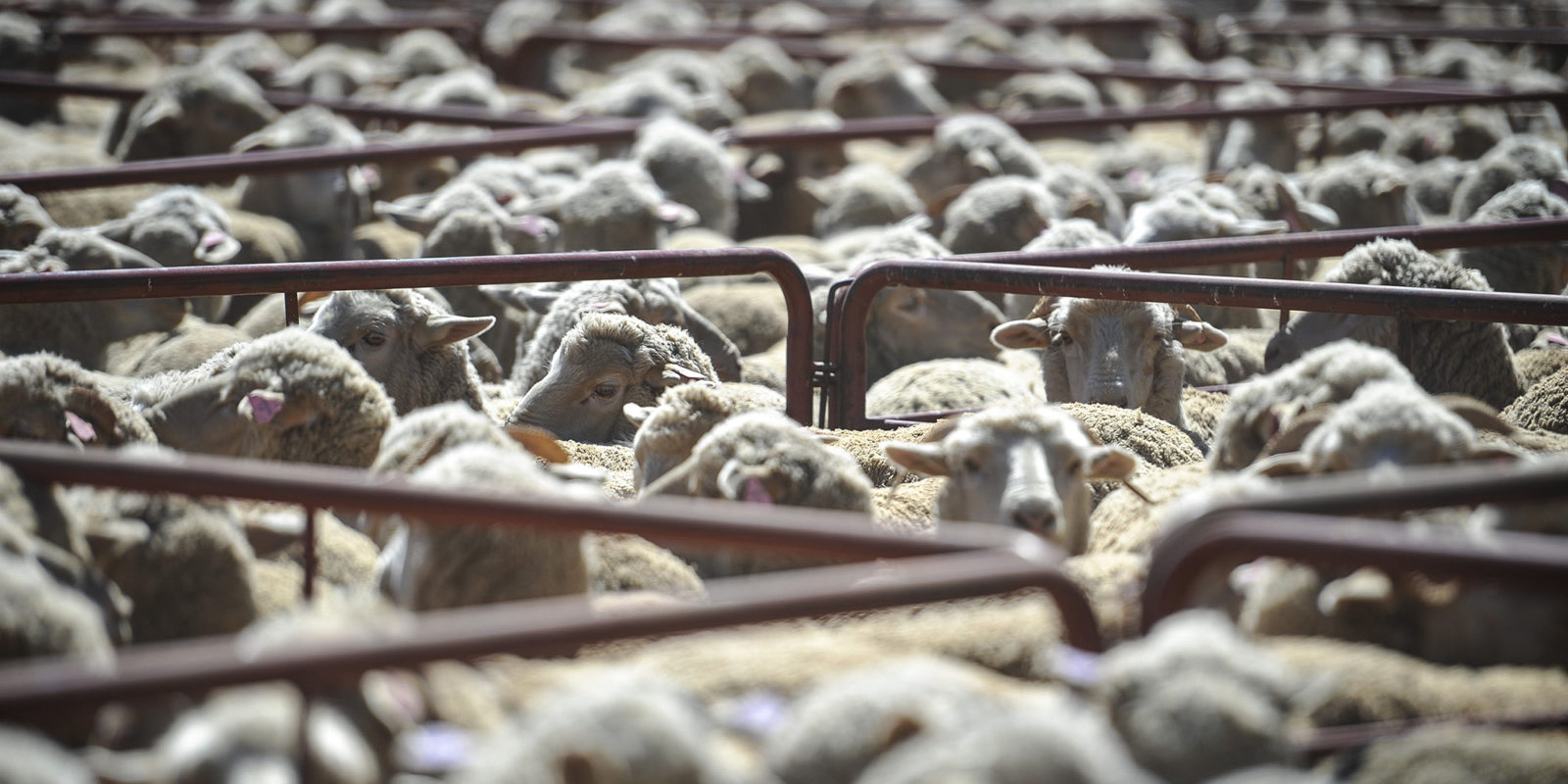 CAPE TOWN, Aug 6 (Reuters) - A South African animal rights group is seeking a court order banning a Kuwaiti firm from shipping tens of thousands of sheep across the equator to the Middle East during summer months in conditions it called "extreme cruelty".

The case is the latest attempt by South Africa’s National Society for the Prevention of Cruelty to Animals (NSPCA) to block such sheep exports, and it is pressing the government to introduce new regulations on how live animals are transported.

On Thursday, the NSPCA asked Grahamstown High Court in the Eastern Cape for an interim court interdict preventing a ship belonging to Kuwaiti livestock exporter Al Mawashi from sailing out of South Africa’s East London port with around 70,000 sheep.

In court papers seen by Reuters, the NSPCA said they have been looking into Al Mawashi and its parent company, Livestock Transport and Trading Company (LTTC), since late last year.

The NSPCA said cramped spaces and extreme heat during these voyages could lead to some animals being “cooked alive” as temperatures as high as 60 degrees Celsius have been recorded onboard livestock ships in the Persian Gulf.

“Those (sheep) that survive death suffer a great deal over the two to three week ordeal,” said the NSPCA.

“The plight that these sheep have to endure – anywhere between 40,000 to 80,000 per shipment at a time – is horrific,” the NSPCA added in its court submission.

Al Mawashi, which has local offices in East London, sailed its first shipload of sheep from South Africa to Kuwait in October followed by a second cargo in March.

The company had to seek new livestock suppliers after Australia in 2018 banned the export of live sheep to the Middle East during the Northern Hemisphere’s summer months.

Al Mawashi denied all cruelty allegations and said it’s ship, MV Al Messilah, was modified earlier this year with a new ventilation system that would help eliminate “heat stress” and ensure there was no cruelty to animals.

Al Mawashi said there were fundamental problems with the evidence relied on by the NSPCA and said the rights group had not inspected its ship in July 2020 when given an opportunity to do so.

South Africa’s Red Meat Industry Forum ( RMIF) chairman Tim Davidson said, “if standards are set by the Department of Agriculture the current problem with the shipment of sheep on the Al Messilah would be resolved,” adding the group was “totally opposed” to any form of animal cruelty. (Reporting by Wendell Roelf Editing by Alexandra Hudson)