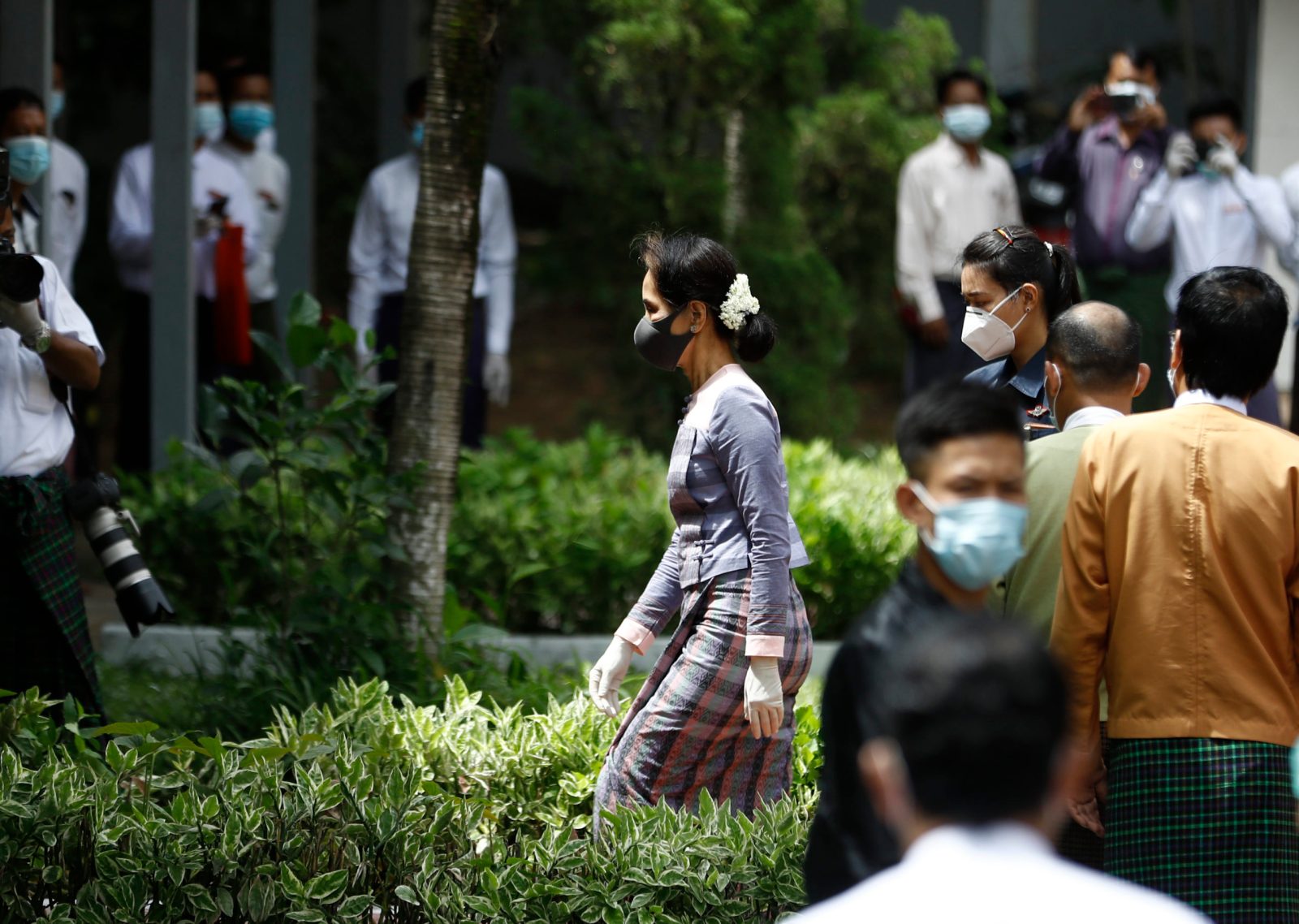 epa08582747 Myanmar State Counsellor Aung San Suu Kyi (C) arrives to register her candidacy registration at at the Union Election Commission Office at Thanlyin township in Yangon, Myanmar, 04 August 2020. Myanmar is scheduled to hold its general election on 08 November 2020 amid the ongoing pandemic of the COVID-19 disease caused by the SARS-CoV-2 coronavirus. Both Myanmar State Counsellor Aung San Suu Kyi and President Win Myint will be running again in the elections. EPA-EFE/LYNN BO BO

YANGON, Aug 4 (Reuters) - Myanmar leader Aung San Suu Kyi on Tuesday formally declared her intention to seek a second term in an election in November that is seen as a test of the Southeast Asian nation's tentative democratic reforms.

After decades of military rule, Suu Kyi, who won the Nobel Peace Prize for campaigning for democracy, took the reins in 2016 after an electoral landslide, but has been forced to share power with the generals.

Her international reputation slumped over Myanmar’s treatment of Rohingya Muslims but she remains popular at home, where her image is undented by accusations of complicity in atrocities against the minority.

On Tuesday, Suu Kyi, 75, waved to a crowd of around 50 supporters on the outskirts of the former capital Yangon to submit an application to run as a candidate.

Some of her supporters wore red-coloured face masks denoting their backing for her National League for Democracy (NLD) party and shouted: “Mother Suu, be healthy.”

In 2017, a military-led crackdown in Myanmar resulted in more than 730,000 Rohingya fleeing across the border to Bangladesh, where they took shelter in refugee camps. U.N. investigators concluded that the military campaign had been executed with “genocidal intent”.

In January, Suu Kyi admitted that war crimes may have been committed against Rohingya, but denied genocide, saying refugees had exaggerated the extent of abuses against them

Mainly-Muslim Gambia had filed a suit in November at the International Court of Justice (ICJ) accusing Myanmar of “ongoing genocide” against the Rohingya. Myanmar has filed a report on its adherence to measures to protect Rohingya, but details of the document have not been published.

On the domestic front, Suu Kyi’s adminstration has had faltering peace talks with ethnic armed groups in various parts of the country, while a struggling economy faces new pressure from the cororavirus pandemic.

The Union Solidarity and Development Party (USDP), which is dominated by the military and retired civil servants, will be the NLD’s main opponent. (Reporting by Shoon Naing Editing by Ed Davies & Simon Cameron-Moore)