Cosatu calls for ANC action on corruption, public protector ‘inundated’ with coronavirus complaints, and Ramaphosa vows to clamp down 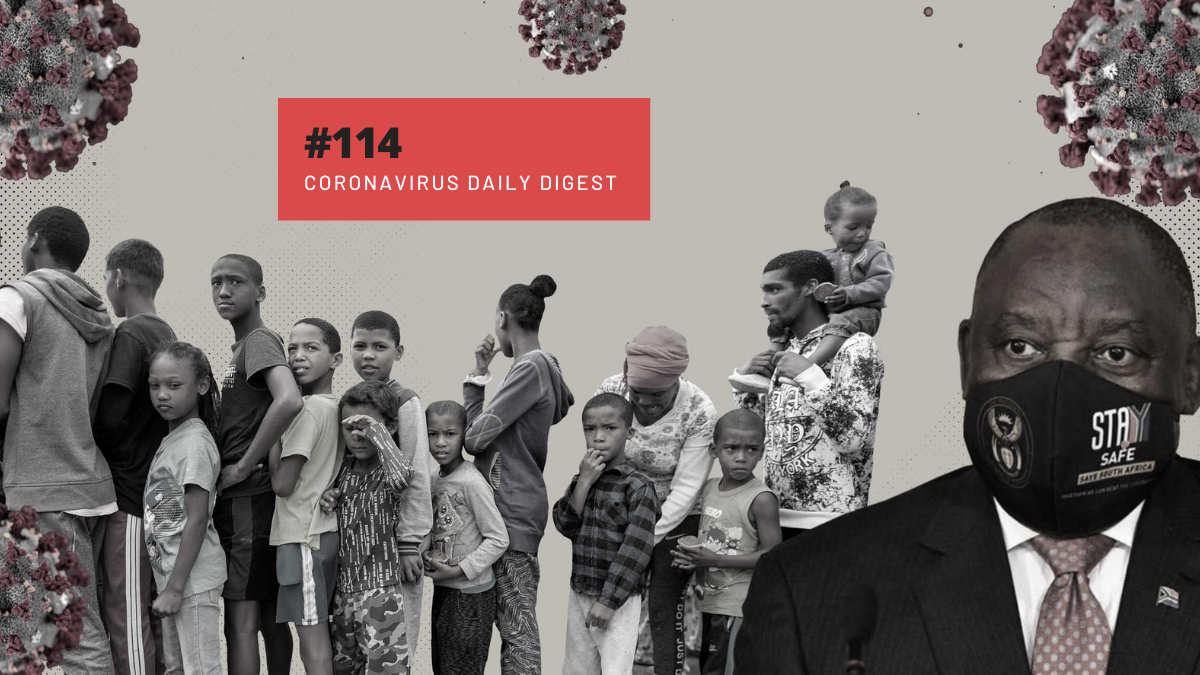 On Monday, all eyes were on Covid-19 corruption. A Daily Maverick editorial decried this ‘crime against South African humanity’. President Cyril Ramaphosa addressed it in his weekly letter, promising urgent action against unspecified targets. Meanwhile, Cosatu threatened to part ways with the ANC if corruption was not meaningfully addressed – and fast. The public protector’s office revealed that it has been ‘inundated’ with complaints about Covid-19 corruption.

Scroll through the gallery below to view the latest Covid-19 numbers available on 2 August at the district level. All maps are sourced from provincial health departments; however, Free State, Limpopo, Mpumalanga and Gauteng did not provide an update by the time of publishing:

On Monday, Daily Maverick published an editorial arguing that: “There should be a place in jail for everyone who steals from their own people. But there should be a place in Hell for those who find the fortitude within them to steal from the people during a pandemic.” It goes on to say that South Africa’s people will soon find the words to describe this “crime against South African humanity” and the crooks’ time will be up. Read the editorial here. 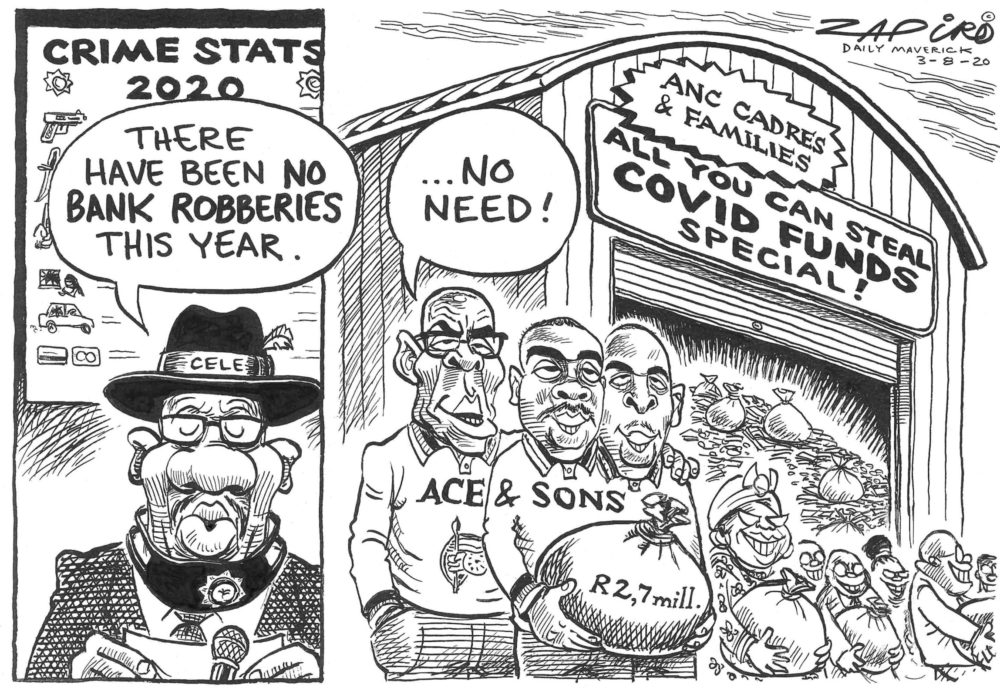 Meanwhile, President Cyril Ramaphosa argued in his weekly letter that Covid-19 presents a “turning point” in the fight against corruption. He wrote that those stealing Covid-19 funds are “scavengers” – like a “pack of hyenas circling wounded prey”. He reiterated that the Special Investigating Unit has been authorised to investigate Covid-19 related corruption and announced the establishment of a “special centre” to bring together institutions, from the Hawks to the State Security Agency, to tackle corruption. He encouraged people to blow the whistle on corruption. He alluded to cases of government corruption but stopped short of naming names.

The Office of the Public Protector said it has been “inundated” with Covid-19-related complaints over the past four months. It said in a statement that most related to service failure and that more than 450 people had complained about inadequate reasons for the rejection of their application to receive the R350 Social Relief of Distress grant.

It is also looking into allegations of tender irregularities relating to a quarantine facility in Mpumalanga and the procurement of personal protective equipment in KwaZulu-Natal by the Department of Education. It is also investigating allegations of irregularities in Eastern Cape, including the e-learning tablet tender and the medical scooter project. The office will be visiting hospitals in Mthatha, Uitenhage and Port Elizabeth to assess the conditions.

In addition, the office says it is dealing with complaints relating to water and sanitation, food parcels, repatriation, waste management, housing and working conditions, among other issues.

Cosatu has called on Ramaphosa to make good on his promise to lead the fight against corruption. It called on the government to do away with “middlemen” and buy personal protective equipment directly from manufacturers. It said: “If the government is not willing to fight corruption and protect workers, the federation will encourage workers to fight back by any means necessary, including withdrawing their labour.” It called for a special court to be established to deal with Covid-19 corruption.

In addition, it said: “We remain committed to partnering with the government to find solutions to many of the country’s problems but there will be a parting of ways between the federation and this administration if corruption is left unchecked, and workers are not protected workers against a deadly virus.”

Last week, Daily Maverick journalist Bheki Simelane reported on the shock and despair of the Waterworks community after a Lesotho national allegedly died of hunger – despite his neighbours’ best efforts to share with him the little food they had. After seeing the report, the Seriti Institute delivered over 600 food parcels to the community – including masks, sanitary towels and multivitamins – on Friday 31 July. The demand was so great that the operation had to be moved to a nearby army base to allow for more space and order. Despite this help, there are still thousands of hungry families who need support.

Minister of Sport, Art and Culture Nathi Mthethwa has warned the Premier Soccer League that he could cancel its return to play if Covid-19 protocols are breached when matches restart this weekend. Football is the first contact sport allowed to return to competition since late March. Mthethwa said an internal monitoring team had been keeping a watchful eye as football clubs resumed training and was satisfied with what they saw. As Craig Ray writes, 46 other sporting codes wait in the wings to move from training to competition too. DM/MC