Commentators sharpen their tongues in preparation for r...

Commentators sharpen their tongues in preparation for return of PSL 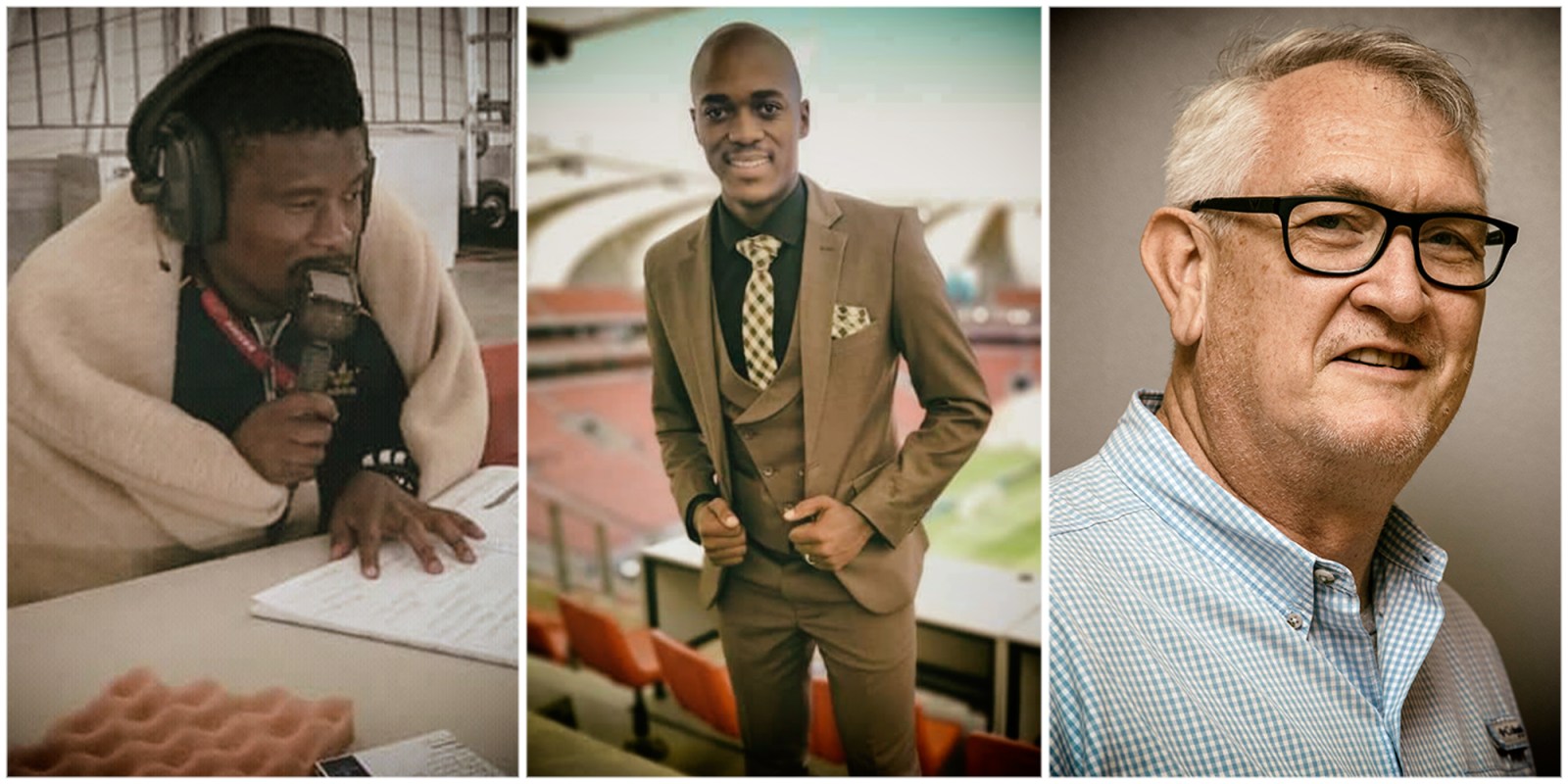 South African football is set to make its return on Saturday with the Nedbank Cup semi-finals, followed by the Absa Premiership and GladAfrica Championship next week. With games to be played in empty stadiums, the entertainment value of commentary will be that much higher for viewers at home in the coming weeks.

After a four-month hiatus, the return of South African football is just a few days away. Games will be played without any fans, so a key component of atmosphere creation will be missing in the Gauteng “bio bubble”.

Cue commentators, whose job to enlighten and entertain during broadcasts will be that much more important for the next month of frenzied football action.

Reggie Ndlovu, who commentates in IsiZulu for Supersport, is one of the more colourful and lively characters behind the microphone. He says he has used this enforced break to sharpen his skills and improve even further on his commentary.

“This is where you have to showcase your performance skill; an empty stadium shouldn’t discourage you. There’s going to be more pressure now because there is no one in the stadium – everyone will be watching on TV, so that means more viewership,” Ndlovu told Daily Maverick.

“So, this time, as much as I always treat commentary like a performance, I really need to bring my ‘A’ game. People watching cannot be bored. So, I’ll just have to wear my performer’s hat and go out there and perform.”

Another commentator whose work is driven by passion and emotion is Tshepo Maimane of the SABC. Maimane says during the coronavirus enforced break, he felt like a married man who was away from his wife and family for a prolonged period, and is now ecstatic to finally be back “home”.

The Setswana commentator added that, despite the joy of his imminent return to the commentary box, he had mixed emotions due to the fact the coronavirus was still very much a serious threat to people’s lives.

“Yesterday I was critiquing some of the things I’m going to be saying. I’m a very emotional person, so I found myself with tears in my eyes because of the things I’m going to say, especially the things that are related to this pandemic. I’ve merged football with something that is happening, something that is crippling the country, but on the other hand, I’m happy that football is back. So, it’s a mixture of feelings,” Maimane said to Daily Maverick.

Maimane added that he saw this as an opportunity to plant a seed of doubt in the minds of spectators, and try to make sure that they think long and hard about whether they want to be in a stadium or watch the game in the comfort of their home, narrated by their favourite commentator.

“It’s time for commentary to come forward. Remember, there are those people who always fill up the stadium. Now they will be home watching from their TV. So, this is the time for us to win those people over, so that even when fans are allowed back into the stadium, they think twice about whether to go to the stadium or whether they must just buy a drink, sit down and watch on the screen,” he said.

The seasoned Mark Gleeson of Supersport said he would stick to his style of being “an addendum” while letting the action on the pitch do most of the talking.

“You can get a more languid and informative style, or you can get a really in your face, bouncy and joyful commentary. And you can make the choice of which you like,” Gleeson told Daily Maverick.

“From my perspective, I’m going to do what I always do. There’s no point in reinventing yourself just because there are no spectators in the stadium. People who listen to you know what they want to get, and if they prefer someone else, they have the fortunate option, in this country, of going there.”

Much like all South African football followers, the commentators are excited to see how the rest of the season unfolds.

“I’m quite excited. It’s not just about crowning the champions in Absa Premiership and GladAfrica Championship, but it’s also about the top eight, it’s also about the Nedbank Cup. Remember that Mamelodi Sundowns won the Telkom Knockout. So, if they can win the Nedbank Cup and win the Absa Premiership, that will give them a treble, something we haven’t seen in a long time in South African football,” said Ndlovu.

The Premier Soccer League (PSL) will also enjoy free rein when it comes to viewership, as the European leagues were recently concluded.

“Anyone who has watched football in the couple of months in England, Germany and others, has enjoyed it, even though it has been devoid of atmosphere. So, to have our own football back is like a cherry on top. It comes at a good time as well, because this week is the Uefa Champions League, then the European season is quiet for a few weeks. So, the PSL falls into a nice gap there, fortuitously,” noted Gleeson. DM