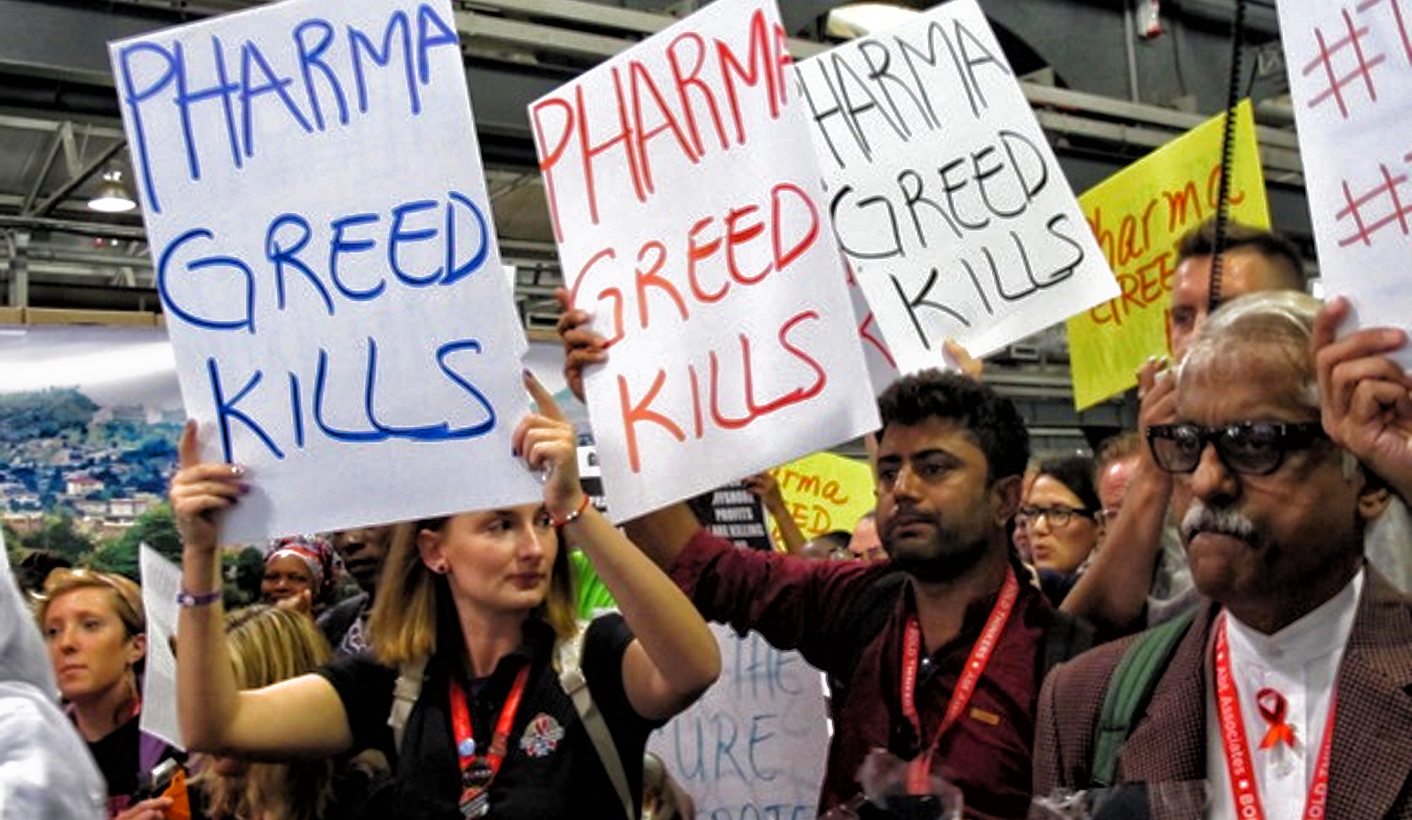 A new class of medicines may be useful in combating Covid-19 but largely due to regulatory red tape these remain limited in South Africa.

Over the last decade the treatment of hepatitis C (HCV), a virus that can infect and damage the liver, has been revolutionised by a new class of medicines called direct acting antivirals (DAAs). Treatment regimens composed of DAAs are much shorter, have significantly higher cure rates than older treatments, and cause fewer and less severe side effects. Yet, largely due to regulatory red-tape, access to key DAAs, such as sofosbuvir and daclatasvir, remains limited in South Africa.

The situation may soon become even more acute, as new evidence suggests that these drugs may also be useful in combating Covid-19.

Early results from small studies, presented during the International Aids Society’s July 2020 virtual conference on Covid-19, showed that the combination of sofosbuvir and daclatasvir reduced time to recovery in Covid-19 patients.  While these results are promising, large randomised trials are necessary to confirm the effectiveness and usefulness of these drugs in treating Covid-19.

The regulatory obstacles to wider availability of these medicines in South Africa are not new.

Last year Spotlight took an in-depth look at the barriers to registration of HCV medicines in South Africa and highlighted the potential for use of “reliance pathways” to overcome regulatory barriers. Such “reliance pathways” essentially enable the South African Health Products Regulatory Authority (SAHPRA) to rely on work done by other regulatory authorities, such as the European Medicines Agency, when evaluating applications for registration in South Africa.

Yet, despite the subsequent publication of guidelines for use of reliance pathways in the country and national guidelines for the treatment of viral hepatitis, key HCV medicines remain unregistered in South Africa.

Generic licences and treatment guidelines in place, but no registered products

In addition to revolutionising HCV treatment, new DAAs – and sofosbuvir, in particular – have drawn considerable attention for their sky-high prices. In the United States, a 12- week course of Gilead’s patented sofosbuvir treatment was priced at over R1-million at launch. In parts of the world where generic products are available – through voluntary or compulsory licences – prices are substantially lower.

Yet, five years later, neither product is registered in the country.

In the absence of registered products, HCV treatment providers routinely use Section 21 processes to secure authorisation from SAHPRA to import unregistered DAAs into the country. This process has become so routine for HCV care, that the National Department of Health (NDoH) has essentially acknowledged that it is the only way to access these medicines for now.

The department recently published National Guidelines for the Management of Viral Hepatitis that recommend the use of multiple unregistered DAAs, including sofosbuvir and daclatasvir for treatment of HCV. The guidelines state that “although, DAAs are not yet registered in South Africa, they are obtainable via a SAHPRA (former Medicines Control Council (MCC)] Section 21 application process for named patients. Registration is anticipated in 2019”.

Why is sofosbuvir still not registered in South Africa?

According to SAHPRA, Gilead’s sofosbuvir products have not yet been registered due to the backlog of regulatory applications inherited from South Africa’s former regulatory body, the MCC. SAHPRA’s spokesperson, Yuven Gounden, explains that “with the establishment of the new health products regulator, processes were re-engineered and optimised, and a special programme was established for all product applications that remained in the pipeline of the previous regulatory body, the MCC”.

“Given the South African disease epidemiology of hepatitis, the [new chemical entity] sofosbuvir containing product applications were some of the first products allowed to be resubmitted to the Backlog Clearance Programme,” he adds. “Subsequent to the resubmissions to the Programme, these product applications are at an advanced stage of evaluation and finalisation is imminent.”

While domestic registration is necessary to enable broad access to sofosbuvir for all eligible patients, and to include the life-saving medicine on South Africa’s essential medicines list, there are concerns that registration of Gilead’s sofosbuvir will temporarily cut off access to more affordable generic sofosbuvir products currently imported through Section 21 procedures. This is because Section 21 applications for generics are likely to be declined once the originator product is registered and on the market in South Africa (read more about this issue here). And, as is the case with daclatasvir, South Africa’s regulatory requirements have prevented generic manufacturers from seeking registration of generic sofosbuvir while Gilead’s originator products remain unregistered. There will thus probably be a gap of months, or even years, between the time Gilead’s sofosbuvir is approved and the first sofosbuvir generics are approved.

Why is daclatasvir still unregistered?

Several generic companies are licensed to market generic daclatasvir in South Africa through licences negotiated by the Medicines Patent Pool (MPP). The MPP is a United Nations-backed public-health organisation based in Geneva that negotiates licences with patent holders to enable the sale of generic HIV, TB and HCV medicines in low- and middle-income countries by its licencees.

While generic companies have been licensed to market daclatasvir in South Africa through the MPP since 2015, no companies have been able to register their products to date due to the absence of a registered originator product in the country with which they can demonstrate bioequivalency.

In June, the MPP raised this issue with SAHPRA in a letter seen by Spotlight. MPP Executive Director Charles Gore explains in the letter that daclatasvir “was originally developed by Bristol Myers Squibb (BMS) under the brand name Daklinza, but the company has recently decided to cease production and will not be filing Daklinza for registration in other countries, including South Africa”.

In the letter Gore asks SAHPRA for “clarification on what would be the appropriate regulatory pathway for generic manufacturers having obtained WHO Prequalification approval to follow in order to register [daclatasvir] in South Africa”. He also asks whether SAHPRA could rely on WHO prequalification in its regulatory decision making for daclatasvir, through collaborating with the WHO’s registration procedures.

The WHO’s collaborative registration procedures enable countries to accelerate the registration of products domestically through relying on WHO regulatory decisions – a type of reliance pathway. Mylan, Hetero and Cipla’s generic daclatasvir products have been prequalified (approved) by the WHO as meeting acceptable quality, safety, and efficacy standards – enabling accelerated country-level registration of these products.

However, in response to queries from Spotlight regarding regulatory pathways for generics when no originator is domestically registered, Gounden states that “SAHPRA classifies this application as a local innovator product and requires clinical data generated with this product in support of the clinical aspects of the application”.

“Where the first option is not feasible, and with motivation, SAHPRA will need the clinical data on which the now deregistered and forward-licensed innovator established its clinical safety and efficacy, in order to evaluate and establish the safety and efficacy of this now local innovator,” Gounden adds. “Where option two is not feasible, and with motivation, SAHPRA may accept good quality peer-reviewed literature references in support of clinical safety, efficacy, and effectiveness of the application.”

In other words, SAHPRA will not accelerate registration of generic daclatasvir products on the basis of WHO prequalification, but requires generic companies to submit their own clinical trial data (which is typically not feasible), or to provide clinical data for BMS’s unregistered originator product with generic registration applications.

Whether BMS will share its clinical data with generic producers to enable the registration of daclatasvir in South Africa remains to be seen.

Either way, SAHPRA’s requirements have already disincentivised at least one generic manufacturer from trying to register in South Africa. A representative of a company whose generic daclatasvir product has been prequalified by the WHO, told Spotlight anonymously that the company had not sought registration of generic daclatasvir in South Africa due to “difficulties in registering the products in SA in absence of the originator’s products”.

As part of its strategy to reduce regulatory backlogs and reduce decision times, SAHPRA published guidelines for the introduction and use of “reliance pathways” in July 2019. The guidelines identify “recognised regulatory authorities” whose regulatory evaluations can be used and leveraged by SAHPRA in making domestic regulatory decisions.

SAHPRA’s guidelines currently prohibit the use of reliance pathways when originator products are unregistered in the country, stating that “products containing chemical entities/active moieties that are not registered in South Africa cannot be used as reference products in efficacy and safety studies submitted in support of an application”.

For now, however, regulatory obstacles still mean that access to the new generation of HCV medicines remain limited in South Africa.DM/MC