Australia's Melbourne clamps down in frantic bid to cur...

Australia’s Melbourne clamps down in frantic bid to curb virus 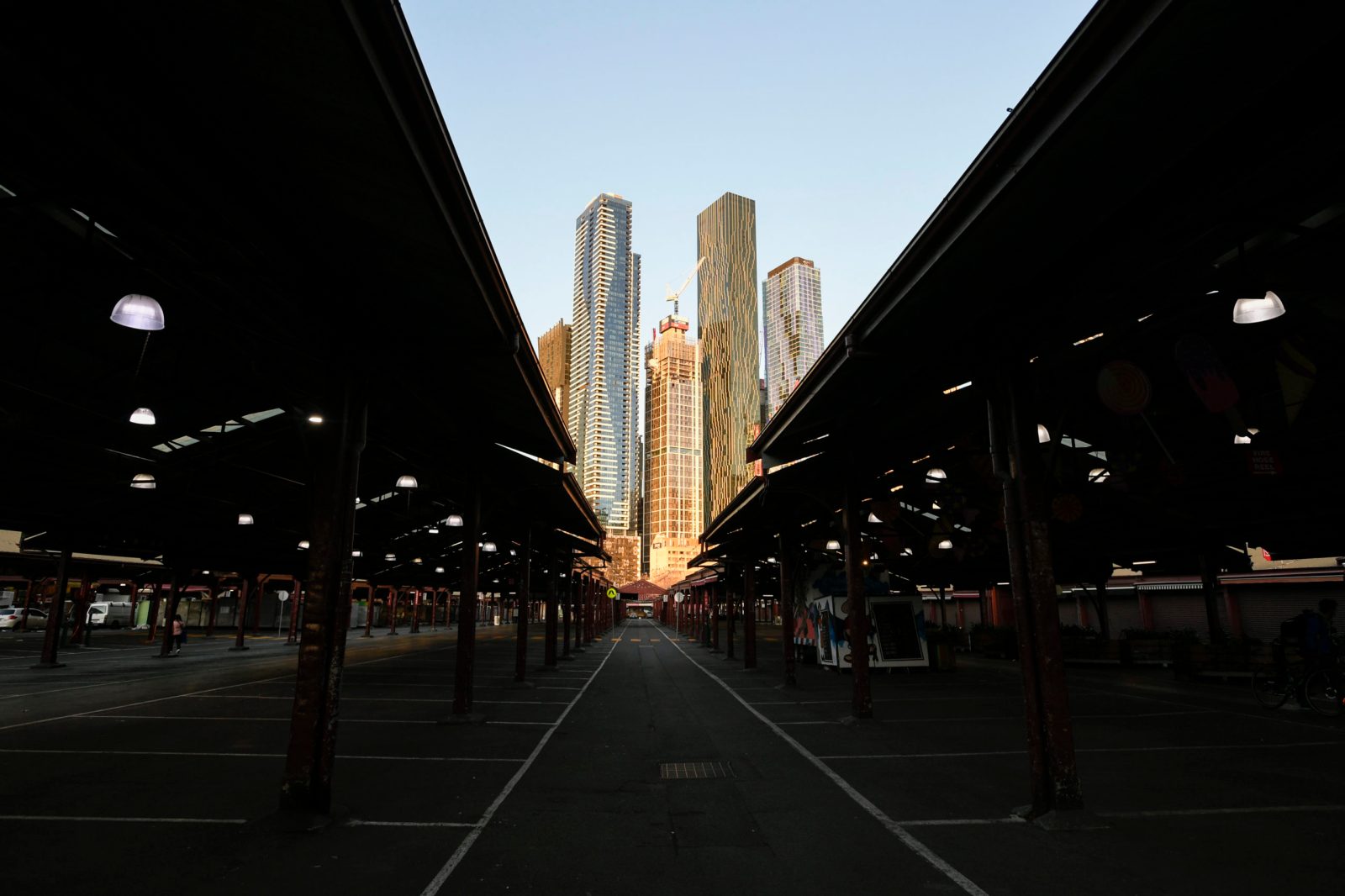 epa08580091 Empty stall spaces are seen hours before a citywide curfew is introduced in Melbourne, Australia, 02 August 2020. A state of disaster has been declared in Victoria as the state tightens COVID-19 restrictions, limiting movement in Melbourne through a nightly curfew among other new rules. EPA-EFE/ERIK ANDERSON AUSTRALIA AND NEW ZEALAND OUT

MELBOURNE, Aug 3 (Reuters) - Australia's second-biggest city, Melbourne, already under night curfew, announced fresh restrictions on industries including retail and construction on Monday in a bid to contain a resurgence of the coronavirus.

From Wednesday night, Melbourne, the capital of Victoria state, will close retail, some manufacturing and administrative businesses as part of a six- week lockdown. The new measures are expected to double the number of jobs affected by coronavirus restrictions to around 500,000.

Having already imposed the strictest restrictions on movement, Victoria declared a “state of disaster” on Sunday, as a surge in community transmissions raised fears that the infection rate was going out of control.

Australia has fared better than many countries, with 18,361 coronavirus cases and 221 deaths from a population of 25 million.

“As heartbreaking as it is to close down places of employment … that is what we have to do in order to stop the spread of this wildly infectious virus,” Victoria state Premier Daniel Andrews told a news conference.

“Otherwise, we are not in for six weeks of restrictions – we’ll be in for a six-month stint.”

The latest moves in Victoria, meant production at meatworks would be cut by one-third, while construction activities and staffing at distribution centres would also be scaled back and all schools would return to remote learning.

Supermarkets will remain open along with restaurant takeaway and delivery services, but many other retail outlets will shut.

“This is a very tough day, and there are many more of those to come before we get to the other side of this,” Andrews said.

The outbreak in Victoria, which makes up a quarter of the national economy, has scuppered hopes for a quick rebound from Australia’s first recession in nearly three decades.

Andrews announced A$5,000 ($3,570) payments for affected businesses and flagged more announcements about penalties, enforcement and education on Tuesday.

The national government also announced pandemic leave disaster payments for people who have run out of sick leave and have to self-isolate for 14 days, paying A$1,500 to ensure those with COVID-19 symptoms stop going to work.

“What we’re dealing with here is a disaster,” Prime Minister Scott Morrison said at a media conference.

Restrictions announced on Sunday included a curfew from 8 p.m. to 5 a.m. for six weeks, barring the city’s nearly five million people from leaving their homes except for work or to receive or give care.

“The idea that, in this country, we’d be living at a time where there would be a night curfew on an entire city of the size of Melbourne was unthinkable,” Morrison said.

Victoria state reported 429 new cases on Monday, down from 671 new infections on Sunday, but 13 more deaths was the second highest daily death toll.

New South Wales, which had 13 new infections overnight, strongly recommended the use of masks in all indoor venues, while South Australia, with two fresh cases, reduced gatherings inside the home to a maximum of 10 people from 50 previously, and said only those seated at venues can be served alcohol.

The surge in new cases means an Australia-New Zealand travel bubble will be indefinitely delayed, New Zealand Prime Minister Jacinda Arden said, as the criteria for places with quarantine-free travel was no community transmission for 28 days.

“That is going to take a long time for Australia … so that will be on the backburner for some time,” she told New Zealand’s network Three.

Both countries had hoped international travel between the two could restart as soon as September. ($1 = 1.4004 Australian dollars) (Reporting by Melanie Burton; Additional reporting by Praveen Menon in Wellington and Sonali Paul; Editing by Richard Pullin, Michael Perry & Simon Cameron-Moore)