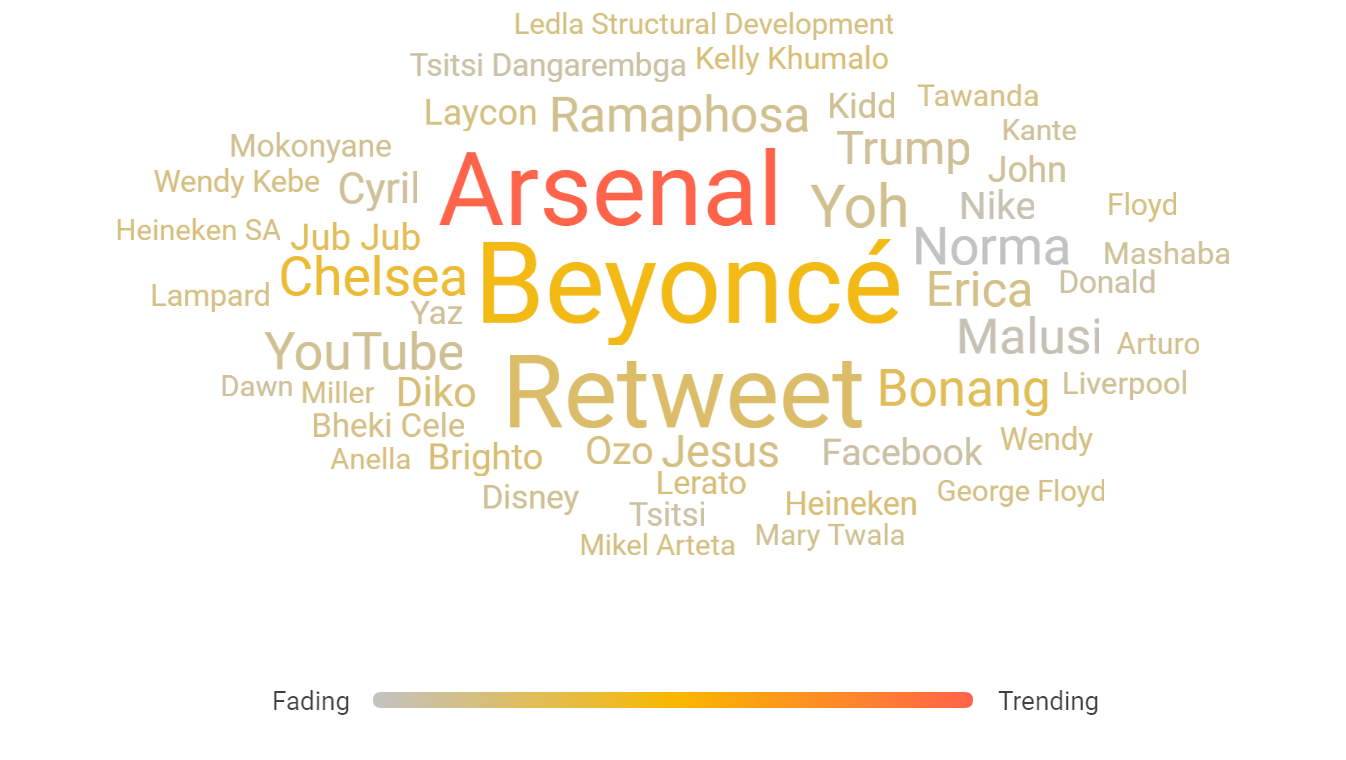 This is a summary of the trending, highest impact, and most active themes and their narratives related to social cohesion and division in South African public-domain social media conversations from 31 July to 2 August 2020.

#BlackisKing was the highest trending hashtag in South Africa over the weekend following the release of Beyoncé’s latest movie. 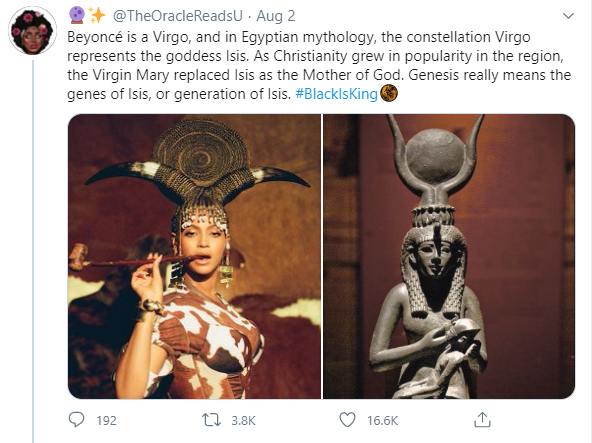 Twitter users who engaged in conversation with the hashtag #BlackisKing found their ‘like’ symbol changing from a heart to a gold image from the movie Black is King. Delighted Twitter users like @MA”BIN2_ tweeted, “wow I love Beyoncé” – close to 500,000 likes by Monday morning.

On Saturday @landzygama tweeted: “I didn’t think it was possible to love Beyoncé more than I already do” – 400 retweets, 1,300 likes.

On Sunday, @magghiee tweeted a look that she had recreated from Beyoncé’s new movie, with a step-by-step tutorial that has been viewed more than 42,000 times. Later in the day, @busiswaah thanked God for Beyoncé’s life and “the realisations you’ve created for millions of young girls, but particularly for girls in my hometown of Mthatha, South Africa” – 90,000 views and 10,000 likes.

@sipho_sphola06 tweeted that “this is a historic moment for BLACK people. For BLACK lives…the stories of our ancestors are being told by a black woman with all black people across the world. United by our identity and origin.” He  tweeted a series of images of Beyoncé in various costumes from the movie – 300 retweets, more than 1,000 likes.

@barbie__barbz tweeted “When you see this post please show some love to these Legends.”  The post contained images of Mary Twala and other popular South African artists – 4,000 retweets, over 36,000 likes. 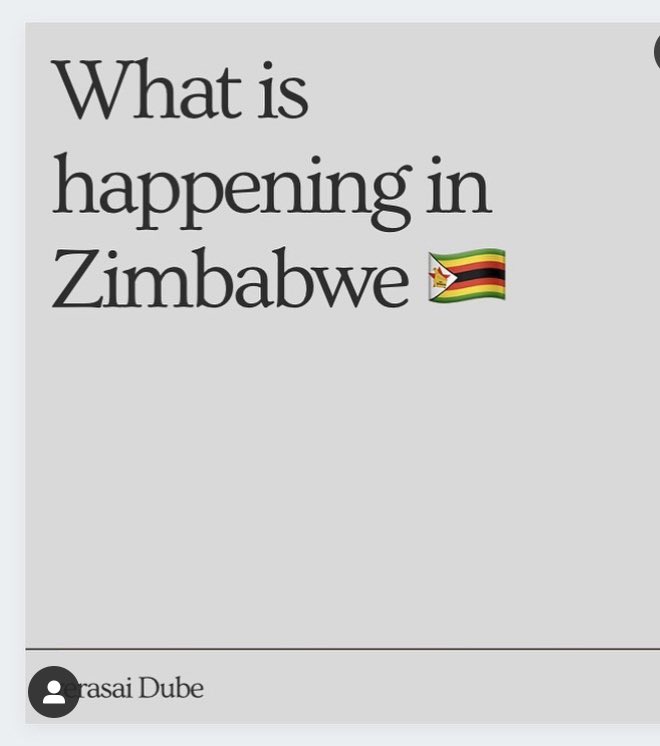 Ruling parties in Zimbabwe and South Africa came under fire in several narratives that revealed distrust between citizens and political leadership.

@Cherriebomb shared a thread detailing the unfolding political unrest in Zimbabwe: “what’s happening in Zimbabwe right now. Black lives matter, have mattered and will always matter. Please take time to read this thread as black lives in Zimbabwe need our attention. It’s sickening the lack of media coverage on what’s happening there but hopefully this can educate” –  3,400 retweets and 3,200 likes.

@Minerva asked about Black Lives Matter movements outside America: “I don’t like how the TL is very quiet when our own brothers next door are dying from the same police brutality George Floyd died from. My question is, do you pick and choose which Black lives matter?” The tweet included a pictorial thread explaining the unrest in Zimbabwe – over 3,100 likes and 2,800 retweets.

@IvynSambo asked whether support for Black Lives Matter was conditional on the perpetrator being white: “So black lives matter only when the perpetrator is white but when the Zimbabwean government institute state driven violence against its people everyone including our government and the media here in South Africa looks the other way. Let Pray for Zimbabwe” – 600 likes, 200 retweets.

South African rapper AKA shared his disappointment in the lack of uproar and support from Africans: “Imagine your fellow Africans too busy focused on #BLM happening 15 000 kms away to care about those very same black lives NEXT DOOR. Black is King my ass. Stay Strong ZIMBABWE” – 15,700 likes and 5,400 retweets.

Mmusi Maimane called on President Cyril Ramaphosa to take action and call out the Zimbabwean government for its violations of human rights: “Mr President @CyrilRamaphosa this is not the time for quiet diplomacy. You are the chairperson of the @_AfricanUnion. You cannot sit quietly and act like you do not see what is happening next door. Call @edmnangagwa and tell him to respect the rights of the media and opposition” – 4,500 likes and 1,900 retweets.

“Good morning twittermantarians, I’ve come to appreciate that not everyone who attacks the ANC hates the movement. People are gatvol with stealing and the leadership is seen to be lax and complicit,” tweeted the Minister of Transport, Fikile Mbaula – over 7,400 likes, 3,000 comments and 1,600 retweets.

The hashtag #VoetsekEFF trended in what appears to be a counter hashtag to #Voetsekanc. @Aubreychiibi tweeted: “the EFF needs to learn that our unhappiness with the ANC #votsekanc doesn’t necessarily translate to our automatic support for them. #VoetsekEFF” – over 1,000 likes and 200 retweets. 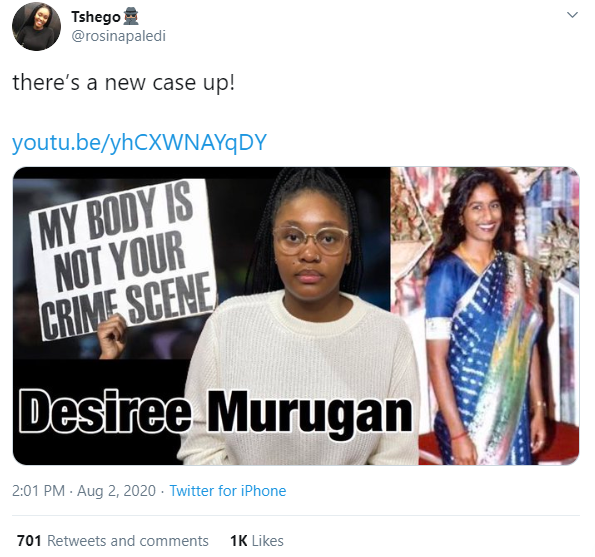 @Yanela_Frans quoted this post in a retweet: “My friend has a true crime channel that’s shedding light on GBV cases this women’s month. Please do watch the ads as well, she just got monetized” – over 1,200 retweets and 1,800 likes.

@SundayTimesZA shared an article titled, “I did not die, but after I was raped something in me died.” The tweet read: “A 91-year-old KwaZulu-Natal woman wants to know the identity of her rapist before she dies” – 379 retweets and 349 likes.

Last Friday USA musician and presidential candidate @ye tweeted: “over 22 500 000 black babies have been aborted over the past 50 years.”  This was retweeted over 48,000 times and liked over 175,000 times by Monday morning. The post sparked a heated debate. @mwstcmsh commented: “i get it. you don’t like the thought of babies not being alive. you’re wealthy and wouldn’t do the same. but do you know what it’s like for single parents, living in homeless shelters with their kids? do you know what it’s like to be a sex worker just to feed your kid?”  @scrowder quoted @ye’s post in a retweet that read, “and the abortion rate for black women is nearly 5x that of white women.” This tweet got over 1,400 retweets and 7,900 likes.

At the weekend, many Twitter users expressed their thoughts on the importance of empowering black women.

@CaramellowBear echoed these sentiments in a tweet that read, “do you guys understand what Beyoncé does for black women!?!” – 700 retweets and 2,800 likes.