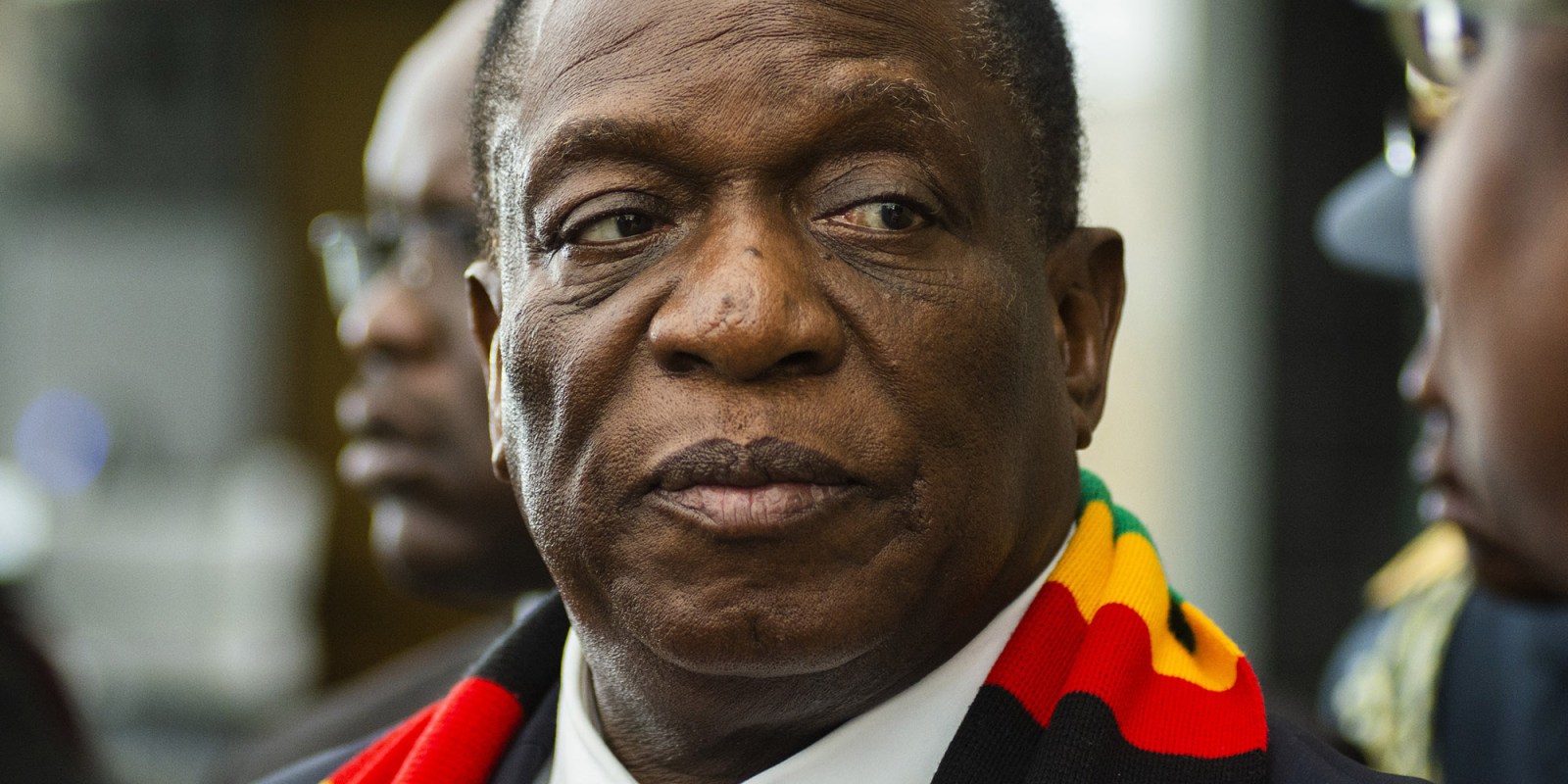 Pretoria is silently watching events unfold in neighbouring Zimbabwe like a train smash in slow motion, mesmerised yet unwilling, once again, to intervene.

The South African government is clearly very concerned about the growing Zanu-PF government clampdown on its opponents in Zimbabwe. The clampdown reached a crescendo with the Zimbabwean government’s draconian stifling of the big nationwide protests against corruption and Zanu-PF itself across the country on Friday 31 July.

The arrests and alleged torture of political opponents and journalists associated with the protest are being seen as signs of growing political repression and frustration by President Emmerson Mnangagwa’s government. His half-hearted reforms – which were supposed to save the country after he ousted Robert Mugabe in November 2017 – seem to be going nowhere and Covid-19 is driving another nail into the coffin of the economy.

And his boss, International Relations and Cooperation Minister Naledi Pandor, is very likely shaking her head in dismay and alarm.

But, if Pretoria has any ideas about what to actually do about events north of the Limpopo, it’s keeping them very close to its chest. It has remained silent, as usual, watching the crisis unfold.

Piers Pigou, a senior consultant to the International Crisis Group on Southern Africa, notes that Pandor hinted at a “significant pivot” in South Africa’s approach to Zimbabwe last November.

She told a seminar at Unisa that South Africa might need to go beyond calling for an end to international sanctions against Zimbabwe and “begin a process of reflecting on the solutions that could be considered to actively address the challenges”.

She noted that Zimbabwe’s “political dynamics are inextricably linked to the economy and thus should be confronted simultaneously”. And she specifically raised “the possibility of initiating an inclusive political dialogue” in the country.

So, Pigou said Pandor had made the point that the state of the economy was not only about sanctions but also about the state of politics.

And he notes that Mbete took Pandor’s thinking further in a speech to the inaugural Political Actors Dialogue (Polad) Economic Summit in Harare in February.

Addressing Mnangagwa, among others, he said that Zimbabwe would have to enact considerable business-friendly reforms if it hoped to attract investment. But he also linked the economy to political reform when he added that for Zimbabwe to revive its economy, the establishment of a social contract involving politicians, business people and citizens would be critical.

“Research shows that nations with disruptive political-economic situations are likely to be poor compared to those with inclusive economics, where the rule of law is protected and ransacking political manipulation is not tolerated,” Mbete said, pointedly.

Yet, as Pigou says, despite its awareness of the cause of Zimbabwe’s crisis, the South African government does not seem to have found an entry point to try to foster that political dialogue which Pandor proposed between Zanu-PF and the MDC Alliance-led opposition and civil society opposition, which have become increasingly polarised over the last few months.

He notes that after former President Thabo Mbeki visited Harare in December 2019, there was some hope he would return in 2020 on a mediation mission. But it turned out there was no real appetite for external involvement – at least not from Zanu-PF, according to MDC Alliance leaders who insisted at the time they were keen for Mbeki to get involved.

There is a strong but unconfirmed belief that Mnangagwa and Vice-President Constantino Chiwenga, the former military commander, are engaged in a power struggle. Chiwenga conspired with Mnangagwa to topple Mugabe in a de facto military coup.

Pigou suggested this mission had illustrated the difficulty the South African government and the ANC faced in trying to find some leverage in Zimbabwe. He noted that there were two basic narratives in Zimbabwe which South Africa could theoretically help to reconcile. The one was that Mnangagwa was making progress with reforms. The defenders of this narrative cite Zanu-PF’s recent decision to pay $3.5-billion in compensation to white farmers for improvements they made on their farms which were seized in Mugabe’s chaotic land reform starting in 2000.

They also point to the Mnangagwa government’s repeal and replacement of the repressive 2002 Access to Information and Protection of Privacy Act (AIPPA) and Public Order and Security Act.

The opposition counters that these reforms are selective, cosmetic and lack integrity as the government has used other legislation – or simply arbitrary action – to clamp down on the media and political opponents, as it amply illustrated over the past few days.

Pigou said South Africa could try to navigate between these two narratives and help negotiate reforms that would satisfy the internal factions as well as the international community, which had mostly made it clear that it does not believe Mnangagwa has gone far enough with his reforms to warrant the lifting of sanctions or the resumption of loans.

He acknowledged, however, that this would not be an easy route to navigate, as trying to discern the balance of power within Zanu-PF had now become as difficult as the “Kremlinology” of the Cold War, with no clarity as to which leaders were aligned with which faction, which factions were prevailing and whether anyone was sincere about reform.

There is a strong but unconfirmed belief that Mnangagwa and Vice-President Constantino Chiwenga, the former military commander, are engaged in a power struggle. Chiwenga conspired with Mnangagwa to topple Mugabe in a de facto military coup.

The Zimbabwe Independent reported on Friday that the tensions between them erupted at a politburo meeting last Wednesday when Mnangagwa accused the Chiwenga faction of plotting with the opposition organising the 31 July nationwide protests.

Pigou cited as an example of the obscurity of Zanu-PF’s inner workings the very strong rumours that former air force commander and current Minister of Lands, Agriculture and Rural Resettlement Perrance Shiri had been poisoned. Shiri died mysteriously in his car on 27 July after supposedly seeming very well the night before and Mnangagwa felt the need to insist at his funeral that the cause of death was Covid-19.

But Pigou said that despite the difficulty Pretoria faced in finding an entry point into resolving the Zimbabwe crisis – which had severely affected the growth and development of the whole southern African region for 20 years – it should still, at the very least, find the voice to publicly state what was right and what was wrong with what Zanu-PF was doing.

When Zanu-PF spokesperson Patrick Chinamasa last month threatened to unleash Zanu-PF thugs to disrupt the 31 July mass protests, there was nothing stopping Pretoria and the ANC from condemning that, he said.

“Why is that megaphone diplomacy?” he asked, referring to the ANC and Pretoria’s insistence since the Mbeki era that it was practising “quiet diplomacy” in Zimbabwe and that shouting criticism from the rooftops would be counterproductive.

Pigou added that the ANC was still unduly terrified that it would be accused of contributing towards the “regime change agenda” which Zanu-PF accuses Western powers of pursuing.

“The comfort blanket of liberation movement solidarity is threadbare,” he said about this hands-off attitude by the ANC. Instead, it now merely looked like “protectionism of bad behaviour”. DM