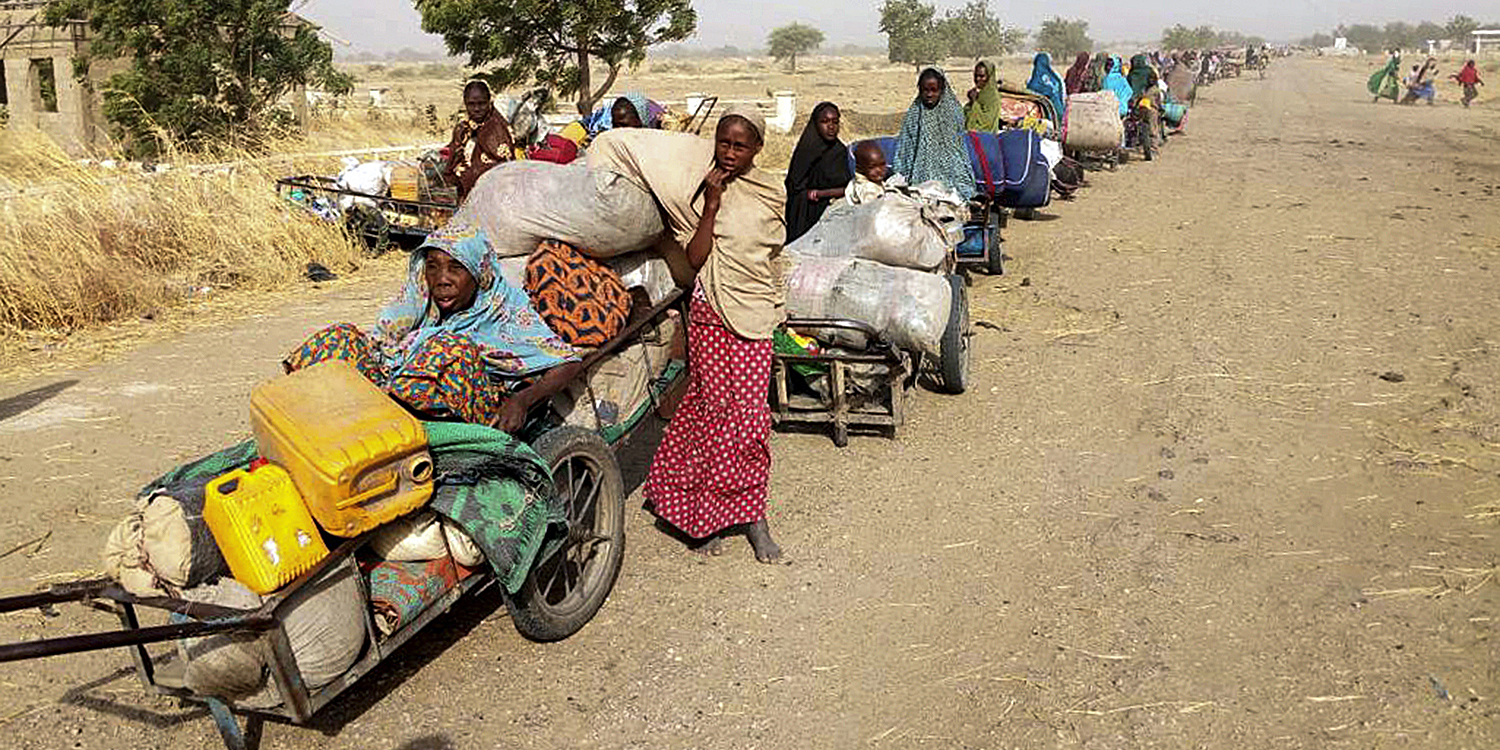 Boko Haram is extending its reach from north-east Nigeria into the country’s north-west. It is taking advantage of old and new local conflicts and insecurities to further embed itself in the area through violent extremism.

Since January 2019 thousands of people in the north-west states of Kaduna, Katsina, Sokoto and Zamfara have been killed or injured. Others have lost their livelihoods, at least 23,000 have been displaced and dozens have been abducted for ransom, nurturing an economy of violence.

The growing extremism here and in Niger State in the country’s north central region has led Boko Haram leader Abubakar Shekau to thank fighters from the north-west who he claims have expressed their allegiance and goodwill to the group. Communities in north-west and north central Nigeria, lacking state protection, are becoming increasingly vulnerable to these converging threats. 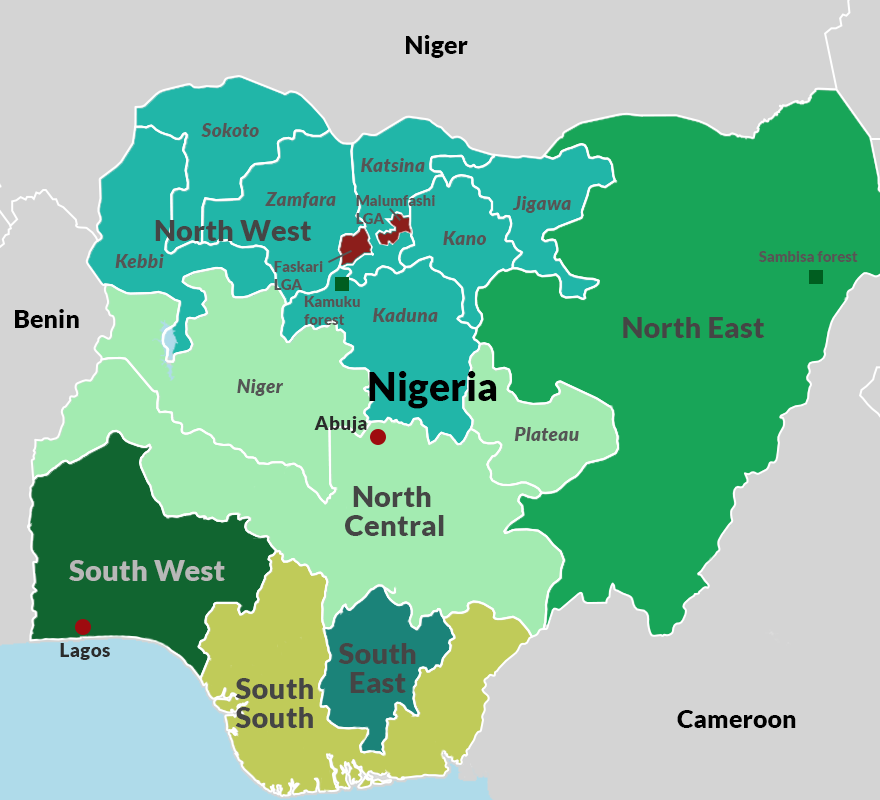 There are several reasons for this insecurity. Unresolved clashes over access to land and water between farmer and herder communities have morphed into violent and deadly conflicts using sophisticated weapons. The government has failed to effectively and sustainably address these escalating local conflicts over time.

Organised crime is another factor. Banditry, kidnapping and armed robbery have fuelled a lucrative economy in the trafficking of small arms, light weapons and other contraband. Boko Haram is taking advantage of the unresolved and escalating local conflicts and rising organised crime to expand and recruit.

Research in the Sahel by the Institute for Security Studies has shown that violent extremist groups exploit local conflicts as part of their strategy to gain a foothold in communities. They also take advantage of inadequate state security and protection to exert their own control over local economies and ensure their groups’ resilience.

Civilians have borne the brunt of the converging criminal and conflict dynamics in the north-west. Between January and June 2020 alone, at least 608 civilians were killed in about 245 incidents in Kaduna, Zamfara, Katsina, Kebbi and Niger states. By comparison, 251 incidents were recorded for the whole 2019, with 1 028 fatalities.

Marauders arrive on motorcycles fully armed, with little or no resistance from security forces who often arrive long after the attacks have happened. On 9 June, armed men on more than 200 motorcycles attacked Kadisau community in Katsina State, killing at least 20 people.

On 18 July, five children were killed by an improvised explosive device on a farm in Yammama village in Katsina State. Hours later at least 16 soldiers were killed in another part of the state in an ambush.

Efforts by national armies and the Multinational Joint Task Force (MNJTF) are preventing Boko Haram from holding or gaining ground in Nigeria’s north-east and the Lake Chad region. As a result, north-west Nigeria offers opportunities for the group to expand its territory.

Boko Haram’s ability to move across state borders could increase if it succeeds in the north-west. Zamfara, Katsina and Sokoto states all border the country of Niger to the north, while Nigeria’s Niger State borders Benin, which is also part of the MNJTF.

The north-west terrain suits Boko Haram’s operations and tactics, and its ability to hide. The Kamuku Forest, which is bigger than Sambisa, spans several states within Nigeria. The Ruma/Kukar Jangarai Forest extending from Katsina to Zamfara and the Kwiambana Forest in Zamfara are already suspected hideouts for bandits. This terrain offers shelter for the group and access to resources.

The expansion of Boko Haram into north-west and north central Nigeria would disrupt local economies. The north-west is Nigeria’s granary. With farming activities already greatly affected by conflict with Boko Haram in the north-east, Nigeria cannot afford further disruptions in a key agricultural region.

Farmers in Zamfara and Katsina states are already staying away from their lands for fear of attack, and the situation will only worsen if it isn’t resolved. The recent bomb blast that killed five children also increases fears of improvised explosive devices and unexploded weapons.

The north-west is economically appealing for Boko Haram. The group has immersed itself in the economic activities of border communities in the Lake Chad region to ensure its sustenance. Illegal gold mines in Zamfara and Niger states will be a boon for the group, and Kaduna State is rich in nickel.

Boko Haram has previously carried out attacks in the north-west and north central regions without establishing itself in these areas. The current chaos provides the group with the opportunity to build the kinds of local alliances needed to establish its operation in these states.

Lacking government protection, community members may take charge of their own security. This would lead to more violence, loss of lives and livelihoods, and increase the proliferation of arms. In Kaduna and Zamfara states, community vigilante groups have conducted reprisal attacks against armed groups. Youths in Katsina State are also teaming up to protect their communities.

Boko Haram has no regard for borders when it recruits, attacks, steals and trades. Nigeria must implement the National Livestock Transformation Plan that seeks to sustainably address the farmer-herder clash – the root cause of this crisis. This comprehensive plan has six pillars: economic investment, conflict resolution, law and order, humanitarian relief, information education and strategic communication, and cross-cutting issues.

If the problem isn’t urgently addressed, the humanitarian fallout from Boko Haram attacks will only increase. This will lead to a diversion of resources that could instead have been used in developing the affected communities and improving citizens’ lives. DM