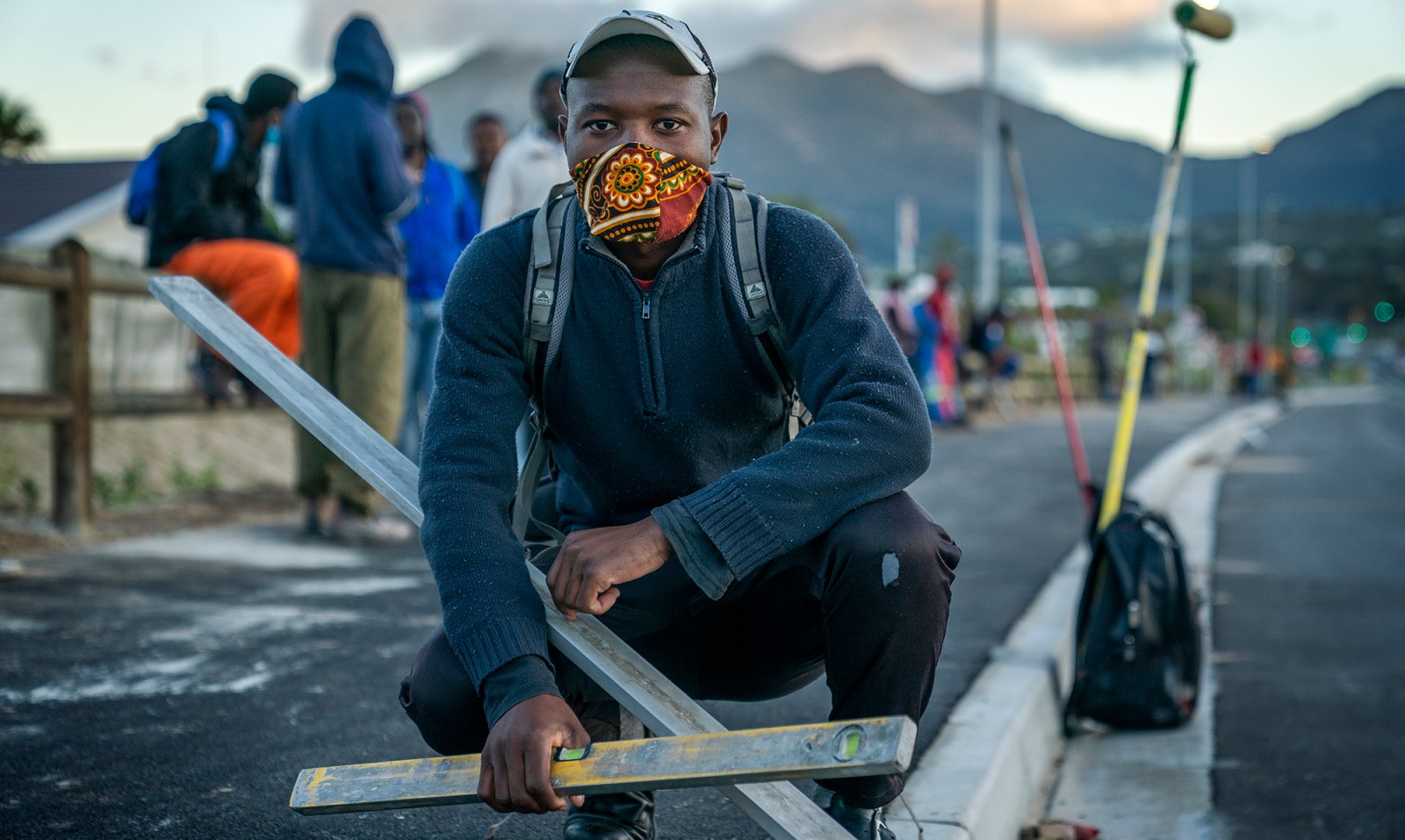 Construction worker Mathew Bhodho waits for work in the informal sector along with about 200 other job seekers at a road junction in Cape Town on 24 June 2020. (Photo: EPA-EFE / Nic Bothma)

South African economic activity is picking up, but the latest Absa Purchasing Managers’ Index (PMI) suggests that the spectre of jobless growth will haunt any recovery.

The Absa Purchasing Managers’ Index (PMI) measures the expectations of purchasing managers, whose buying orders today are based on assumptions about the future performance of their businesses. The Absa PMI, which is the South African benchmark on this front, plunged in April to a record low of 5.1 – far below the neutral level of 50. That was during the “hard lockdown” and the index has since rebounded.

Absa said on Monday 3 August that the PMI declined slightly to 51.2 index points in July from 53.9 in June, “but continued to signal a further month-on-month improvement for conditions in the manufacturing sector”. This is because at over 50, the seasonally-adjusted index remains in positive territory.

“On a positive note, respondents reported a slight increase in export sales for the first time since October 2019. The shape of the GDP recovery in Europe, a key market for South African manufacturing goods, will be important for local producers targeting the export market going forward,” Absa said.

After the disaster that was April, this may allow for some very, very cautious optimism about the South African economy. But the employment picture is far less rosy.

“A very worrying feature of the latest PMI survey is that the employment index remained particularly weak and, unlike the demand and activity indices, has barely recovered from the sharp plunge in April. Formal-sector employment tends to lag activity trends. The PMI employment indicator suggests that further job losses are likely after an initial hit to employment expected in the second quarter,” Absa said.

For example, while the new sales order index remained above 50 in July, the employment index remained sharply below 50 at 33 index points, hardly changing from 32.7 in June.

“Despite business activity remaining elevated in July after a sharp increase in June, the employment index barely improved. The index continues to linger at record-low levels and, unlike the other indices, has not recovered from the slump in April. This signals that the sector is still shedding jobs even with activity recovering,” Absa noted.

This is extremely concerning. South Africa’s unemployment rate in the first quarter of 2020 was already an eye-watering 30% and clearly surged during the April to June quarter. The Absa PMI suggests that in July, even while activity was still picking up, job losses were still mounting. It is an absolute, heart-wrenching catastrophe that almost certainly signals climbing poverty and inequality.

The recent Letter of Intent to the International Monetary Fund, signed by Finance Minister Tito Mboweni and Reserve Bank Governor Lesetja Kganyago, said that “deep reforms are needed in product markets to remove barriers to domestic and foreign investment, followed by reforms to support job-rich growth… We intend to raise employment-creation by revamping the skills framework, giving firms a greater ability to hire labour and undertaking education reforms to make it easier for first-time workers to find a job.”

The mantra “we intend” is getting a bit tiring and is not doing the swelling ranks of the unemployed any good. The latest PMI reading is another flashing red light about South Africa’s dire unemployment situation. It may not be politically easy, but, please folks, just get on with reforms to get South Africa working again. DM/BM