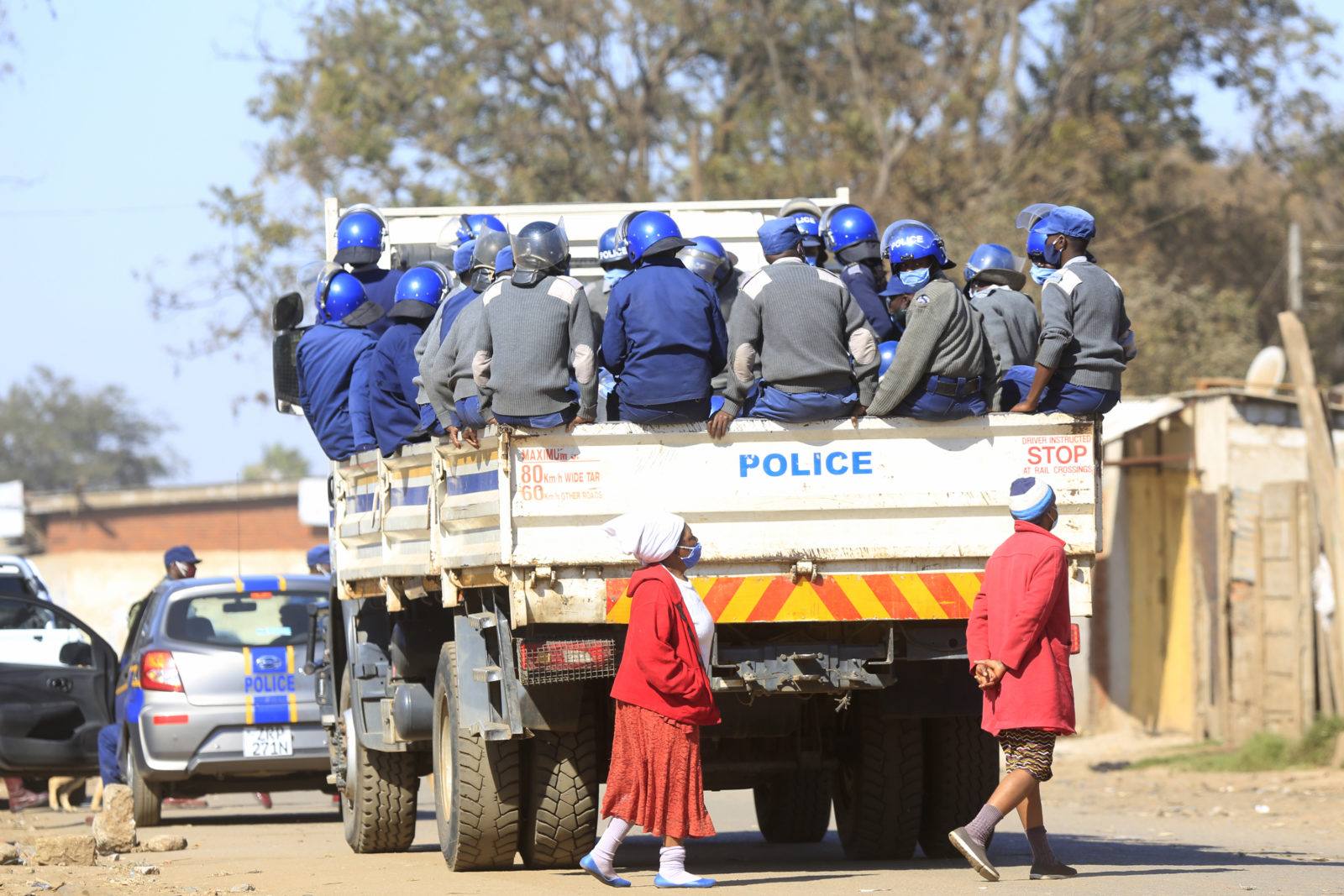 epa08576385 Police officers aboard a truck patrolling in the township of Mbare, Harare, Zimbabwe,31 July 2020. Police and the army have blocked the planned anti government mass protests organized by the Zimbabwe Congress of Trade Unions (ZCTU). Members of the public were being prevented from getting into town and Harare has been deserted except those in the essential services. EPA-EFE/AARON UFUMELI

President Emmerson Mnangagwa’s critics say his government is resorting to the authoritarian tactics of the Robert Mugabe era of banning demonstrations, and abducting and arresting opponents.

Mnangagwa has said the protests constitute an “insurrection” by the opposition. His ZANU-PF party this week branded the U.S. ambassador in Harare a “thug,” accusing him of funding protests.

In central Harare, the capital, banks and supermarkets were shut as police and soldiers patrolled the streets. A journalist in Bulawayo, the other main city, described a similar situation there, with some police patrolling on horseback. Businesses also stayed shut in Harare’s townships, including Mbare – a hotbed of past protests.

Anger is rising over an economic crisis marked by inflation running above 700%, shortages of foreign currency and public hospitals crippled by strikes and a lack of medicine.

More than a dozen activists sought by the police for promoting Friday’s protests were in hiding.

Opposition Movement for Democratic Change spokeswoman Fadzayi Mahere and Zimbabwean novelist Tsitsi Dangarembga separately said on social media they had been detained for protesting in their neighbourhood. Mahere posted a video of police advancing towards her and telling her to stop recording them. She later could not be reached for comment.

Police spokesman Paul Nyathi said: “The security situation in the country is calm and peaceful.”

Scores were killed during a crackdown on the last major protests in January 2019. Opponents say Mnangagwa is exploiting a COVID-19 lockdown to stifle dissent, after he imposed an overnight curfew and restricted free movement last week.

“People are living in fear of criticising the government. We have many grievances but can’t go out to protest because we will be beaten,” said Patrick Charinga as he filled petrol at a fuel station in Harare.

Mnangagwa’s opponents say he has failed to unite a deeply divided nation after much hope when he took over from Mugabe, whose near 40-year rule ended in a coup in 2017. Mnangagwa says the economic crisis is the result of sabotage by businesses and an opposition funded by the West. (Reporting by MacDonald Dzirutwe Editing by Peter Graff)