Twenty arrested after shops of foreign nationals looted and torched 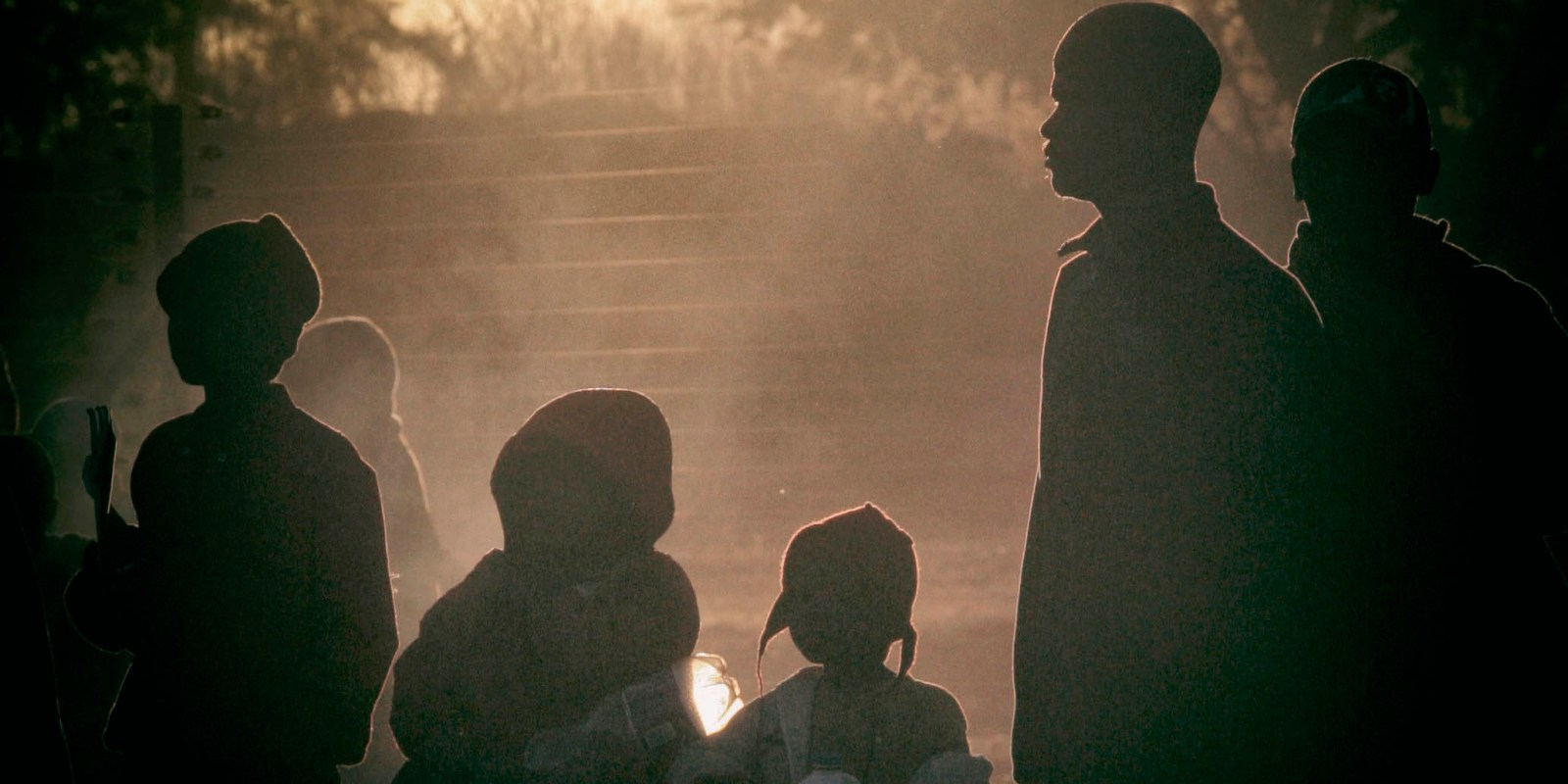 Archive Photo:People sit on the side of a major road in Johannesburg, South Africa, 28 July 2008. (Original photo: Kim Ludbrook/EPA)

Dozens of shops and homes occupied by foreign nationals in Thokoza, East of Johannesburg, were ransacked, with some burnt down, in a flare up of xenophobic attacks on Wednesday.

According to the Consortium for Refugees and Migrants in South Africa (CoRMSA), the violent attacks followed a meeting held by residents last weekend to discuss unemployment within the Ekurhuleni area. “Foreign shop owners were targeted and on 29 July, large groups of people went door-to-door, chasing out foreign nationals renting backyard rooms and shacks,” CoRMSA said in a statement on Thursday.

A SAPS statement said that 20 people were arrested and that six of them face charges of possession of stolen property. The other 14 face charges of contravening the Covid-19 disaster regulation restriction on being outside between 9pm and 4am.

SAPS said the area remains “calm but tense” and that officers will remain in the area to ensure that no further violence erupts.

We visited the area after the attacks and spoke to several people who had lost all of their belongings and stock. Fearing for their safety, many of them have since fled their homes and abandoned what remains of their shops.

Florence [not her real name], a young Zimbabwean woman said: “I am glad to be alive. I lost everything in my shop and my personal belongings at the place I was renting. What is happening to us is very sad because we are human beings who through our businesses have served Phola Park [A section in Thokoza] very well.”

“I am not sure if I would go back and run a business in Phola Park again. I honestly do not feel safe at all,” she said.

Another shop owner, Brandon Mohammed from Somalia, recalled how he and his family were escorted by police to collect their asylum papers and what remained of stock.

“The community members forcefully evicted me from the spaza shop. They looted everything in my shop before burning it down,” he said. “Like many non-South Africans running businesses in the area, we are very disappointed by this unfortunate act of crime. At this point, all I ask for is police or security protection to go and collect whatever is left in the shop and most importantly our identity documents.”

The Port Elizabeth-based civil society group, Zimbabwe Migrants Support Network (ZMSN), has also expressed its disappointment with how the police and other law enforcement officers responded on Wednesday. The organisation’s Shelton Chiyangwa said: “We are extremely disappointed by how law enforcement officers handled this issue. We are, however, not surprised because such violence has and continues to be fuelled by people like former Johannesburg Mayor Herman Mashaba’s and Gauteng Premier David Makhura’s utterances.”

“We implore President Ramaphosa to play his continental role as the chairperson of African Union to provide security and safety to African nationals in South Africa,” said Chiyangwa.

Thokoza is one of many Johannesburg townships with a long history of xenophobic attacks.

Humans Rights Watch lambasted government a few months ago for not implementing the National Action Plan to combat xenophobia, racism and discrimination. In the last seven years, Thokoza has seen at least two violent xenophobic attacks, it said.

“The Action Plan fails to address a key challenge fuelling the problem, the lack of accountability for xenophobic crimes. Virtually no one has been convicted for past outbreaks of xenophobic violence, including the attacks in 2019, the Durban violence of April 2015 that displaced thousands of foreign nationals, and the 2008 attacks on foreigners, which resulted in the deaths of more than 60 people across the country,” the organisation said in a statement. DM