More than 3 million Chileans seek to withdraw pensions amid pandemic 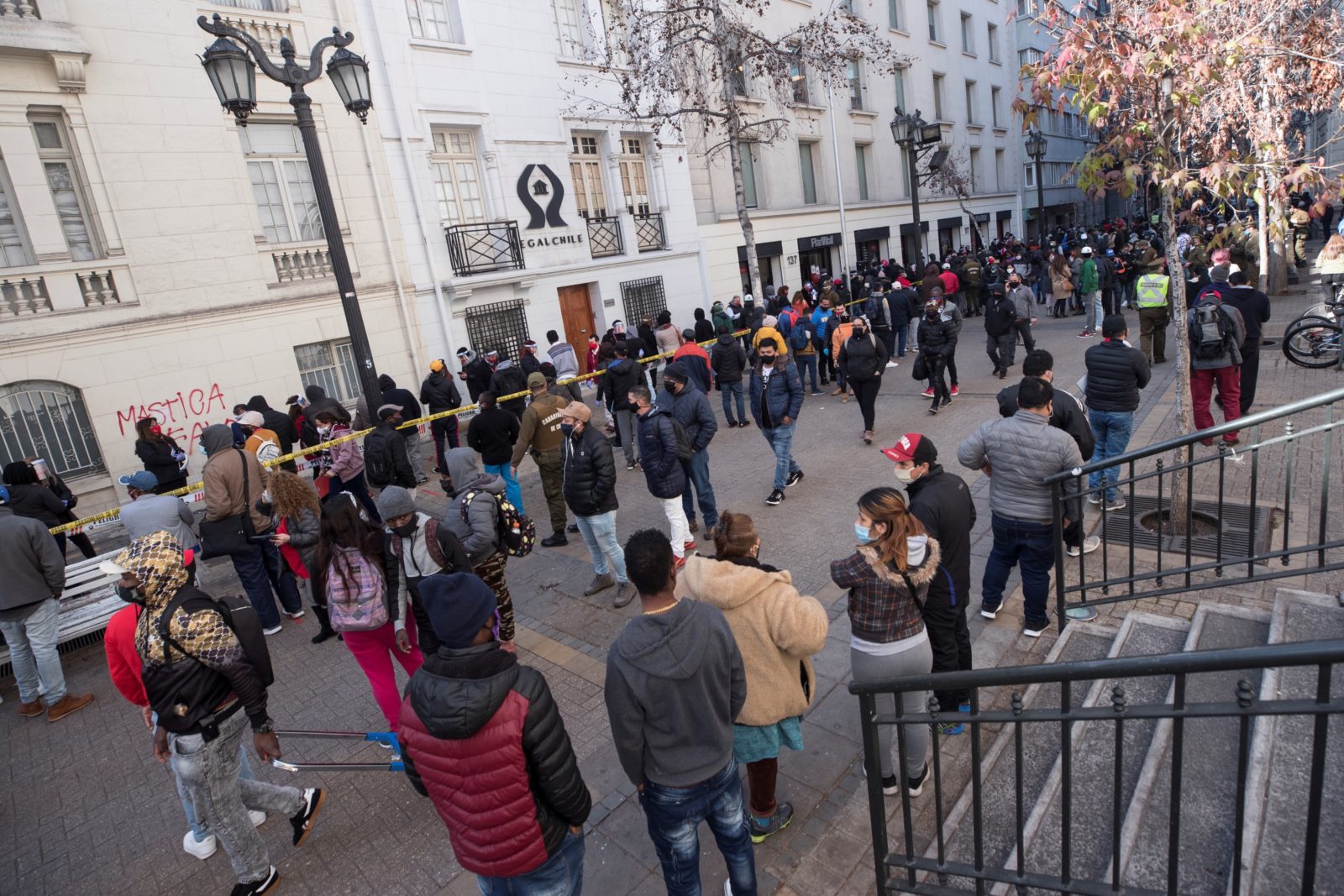 epaselect epa08574978 Chileans line up in front of one of the offices of the Pension Fund Administrations (AFP) to make partial withdrawals of their savings, in Santiago, Chile, 30 July 2020. Chileans began the process to withdraw 10 percent of their pension savings, a measure approved last week to alleviate the crisis caused by the coronavirus and which may mean the withdrawal of between 15,000 and 20,000 million dollars from the funds of pensions. EPA-EFE/ALBERTO VALDES

SANTIAGO, July 30 (Reuters) - More than 3 million Chileans on Thursday asked to withdraw a portion of their pension funds as a controversial law took effect allowing citizens to tap into retirement savings to buffer the economic impacts of the coronavirus.

Long lines formed in Santiago outside the offices of Pension Fund Administrators (AFP) as Chileans sought to take advantage of the new law. The emergency measure allows those with savings to withdraw up to 10% of their pensions.

Chile´s Superintendent of Pensions said in a statement 3,024,347 people had asked to withdraw their share by 5 p.m. local time.

The websites of several of the fund administrators collapsed Thursday amid the deluge of requests, prompting an apology from the companies.

“As we warned from the beginning, this process is unprecedented and we have had to quickly prepare all the platforms,” said Fernando Larraín, president of Chile´s association of pension fund managers.

Larrain said it would take 10 business days for the first payouts to arrive. The influx of cash into the pockets of everyday Chileans is largely expected to boost the economy.

Several economists and analysts have revised dire predictions for Chile´s gross domestic product upward since the law’s passage in anticipation of a kick-start in consumer spending.

President Sebastian Pinera`s center-right government nonetheless opposed the emergency relief measure, saying it would support citizens through the public purse instead. It has also warned about the longer-term impact on the profitability and already low average payouts of pensions.

Despite those pleas, opinion polls indicate nearly nine out of every 10 Chileans planned to tap their funds. Most said they would use the money to pay for basic goods and services.

Chile´s privatized pension system, introduced under dictator Augusto Pinochet, has often been hailed as a model, but has also been strongly criticized in recent years for low payouts. (Reporting by Dave Sherwood and Natalia Ramos; editing by Jonathan Oatis & Shri Navaratnam)