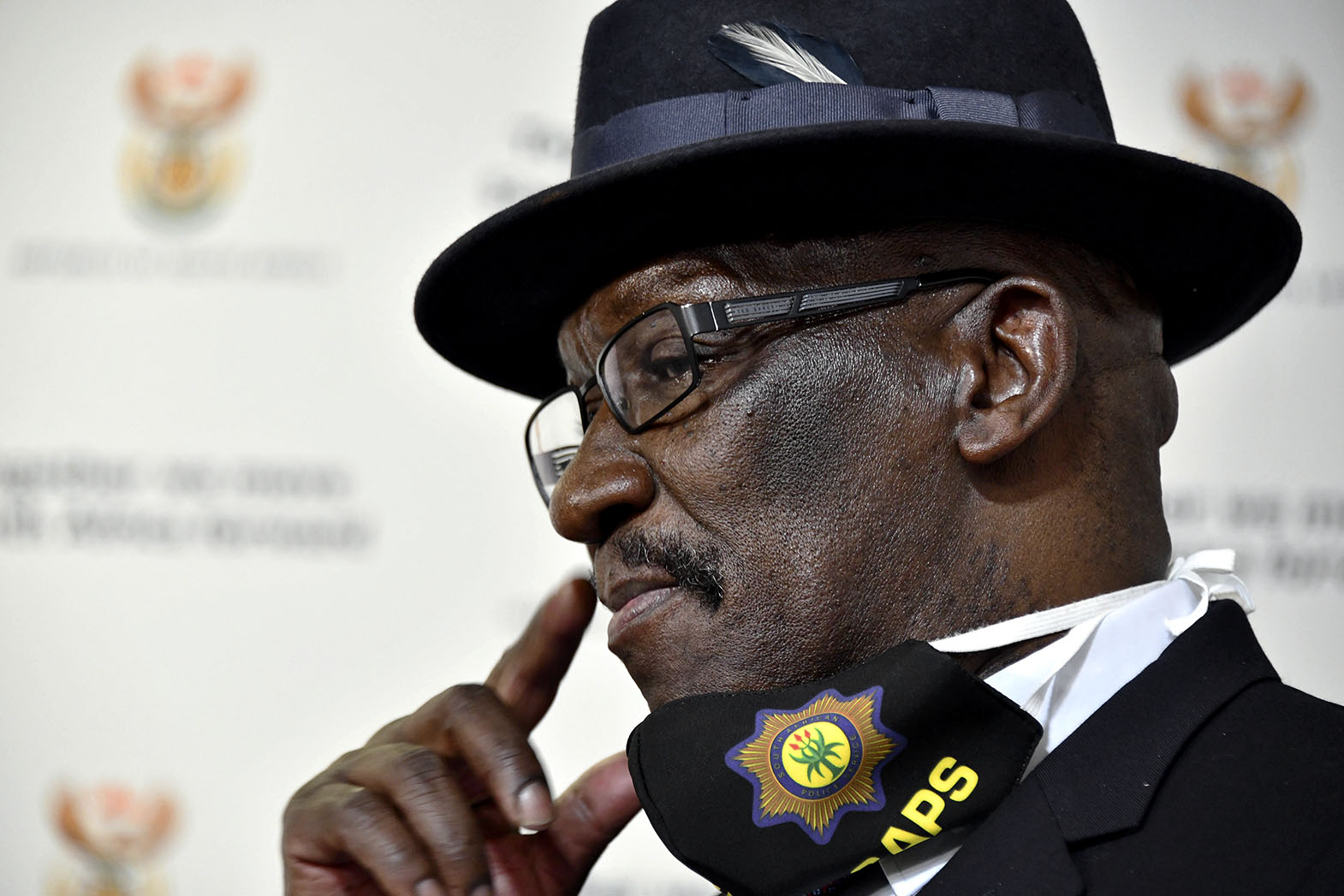 The strategic deployment of police officers to crime hotspots is paying dividends, said SAPS national commissioner Khehla Sitole during the release of the 2019/2020 crime statistics. The murder rate remained stable at 36 per 100,000 people, and there was a significant drop in a number of other categories of violent crime. But the overall picture was far from rosy.

“Fellow South Africans, the crime statistics for 2019/2020 reflect the slowing down of the increase in violent crimes. Indeed we are not where we want to be; however, we are pleased with the improvements in most stubborn crime categories,” said Police Minister Bheki Cele at the release of last year’s crime stats on Friday.

“Indeed, we are not where we want to be; however, we are pleased with the improvements in most stubborn crime categories.”

The most murders were recorded in KwaZulu-Natal, which recorded a 10% year-on-year increase, followed by Gauteng and Western Cape. 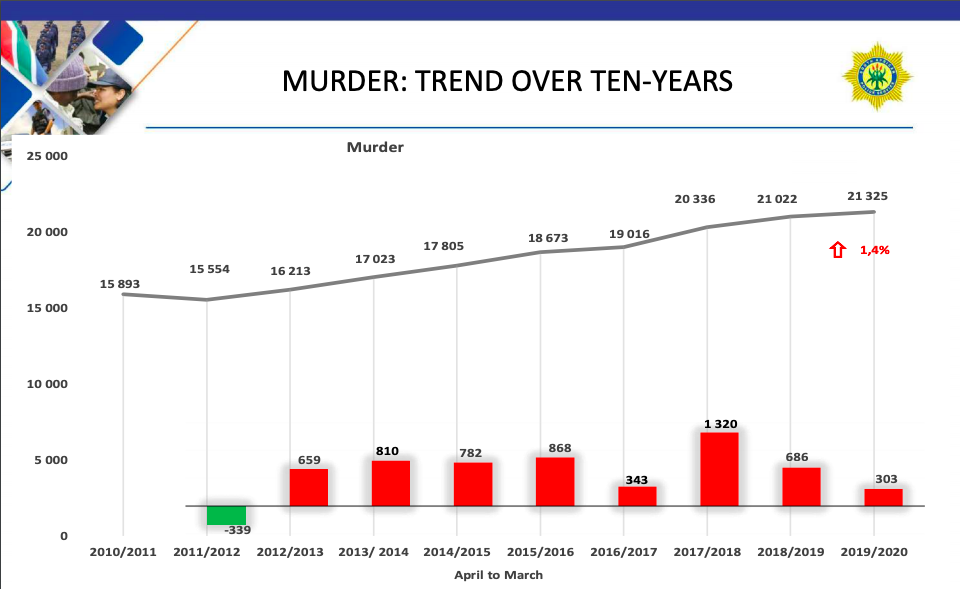 Western Cape only recorded one additional murder last year, bringing its total to 3,975.

Gareth Newham, head of justice and violence prevention at the Institute of Security Studies, said the 2019/20 increase in murders was the lowest recorded for eight years.

The number of murders steadily declined between 1994 and 2012 before continually rising since then. This year’s figures might suggest murders have plateaued and could decline further if SAPS make the necessary interventions.

“That is some cause for optimism,” said Newham.

National police commissioner Khehla Sitole said the improvements in parts of Western Cape, such as Nyanga police station recording a 36% decrease in murder, showed that targeted interventions were working. The SANDF was deployed along with extra SAPS officers in parts of Cape Town in mid-2019.

Western Cape police stations in Delft and Khayelitsha lead the murder stats, followed by Inanda and Umlazi in KwaZulu-Natal.

“I think there’s a tremendous impact, which has been made by the deployment coming out of the statistics,” said Sitole.

“I think Western Cape is going to go on normalisation.” 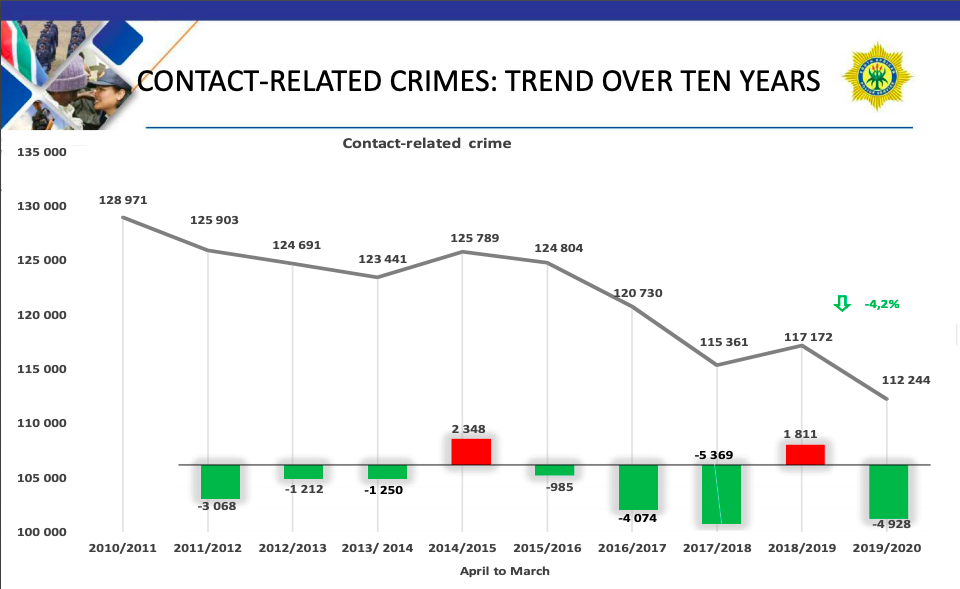 Assault with intent to cause grievous bodily harm fell by 2.5% last year, but common assault increased by 2.1%. Carjacking increased by 13.3%, while cash-in-transit robberies declined by 10.4%, which follows a 23.1% drop in the crime the previous year.

Kidnapping increased by 16.3% in 2019/20, with most cases being related to robberies and sexual offences.

Property-related crime, which refers to theft where an owner is not present, continued the slow but steady decline recorded since 2013/14. Burglary at residential premises fell by 6.7%, theft from a motor vehicle by 5.5%, and stock theft by 4.2%.

Major General Norman Sekhukhune explained that statistics on crimes against women have not yet been verified. Presenting the information related to charges laid, sexual offences increased by 1.7%, including a 1.7% rise in rape cases, and a 4.2% increase in sexual offence cases.

Sekhukhune said SAPS normally matches these cases with dockets to accurately record crimes committed against women and children, but the police have not been able to collect the data due to stations being closed during the Covid-19 pandemic.

The current data, which is yet to be verified, shows contact crimes against women fell by 4.8% last year, while total sexual offences committed against women declined by 15%. DM