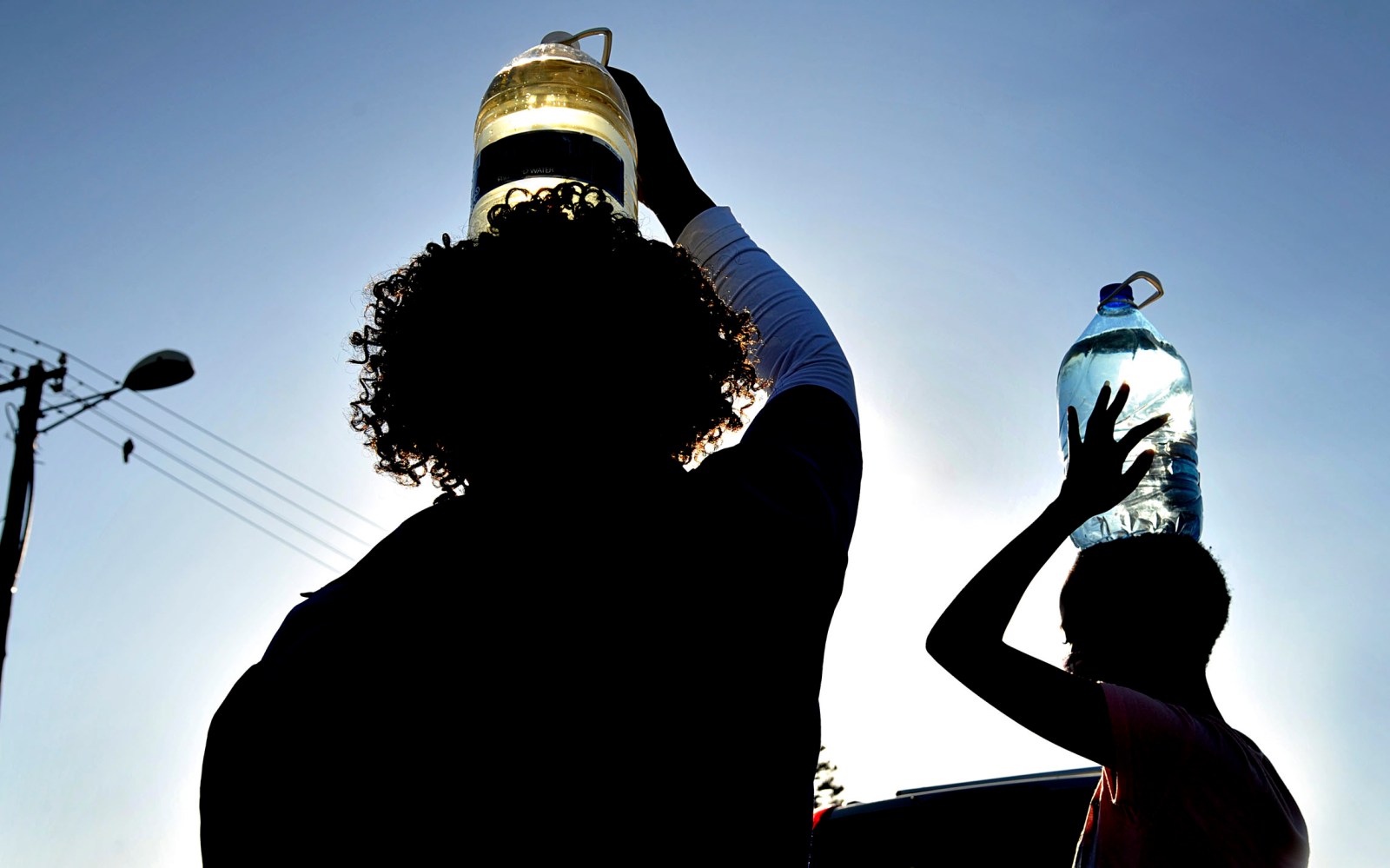 With a combined dam capacity of 17%, and restrictions of up to 70% on water extraction from supply dams, Nelson Mandela Bay is running at a water deficit of 40 to 50 megalitres a day, which coupled with infrastructure failures, led to large water outages in the city last week.

The Nelson Mandela Bay metro has only 17% of water left in its combined dams and is experiencing a water deficit of between 40 to 50 megalitres a day as huge restrictions on water extraction were introduced by the Department of Water and Sanitation, said the municipality on Wednesday, 29 July.

A groundwater project, costing close to R100-million, using drought grants, is currently of no help as the municipality was “still designing” the infrastructure needed to bring it online.

Municipal spokesperson Mamela Ndamase said that the city is using 40 megalitres more than the target of 250 megalitres a day, but still has water for now.

Last week, large parts of the city struggled with continuous water outages after a series of infrastructure failures and burst pipe burst caused supply problems to reservoirs. The chemical dosing pipeline at the Churchill Dam malfunctioned and had to be replaced, and due to extraction restrictions, water from the Loerie Dam could not be used to make up the deficit.

The city’s neighbouring Kouga Municipality, using some of the same dams, also had to issue a possible water shortage warning to communities last week as major infrastructure problems occurred at the Churchill Water Works.

“To our knowledge, the problem has since been sorted out. Thankfully, the towns had water for the duration of the repairs. Loerie, Thornhill and Sunnyside have been without tap water for about a week due to the situation at the Loerie Dam. Our Director of Infrastructure and Engineering, Victor Felton, has been in talks with his counterparts at the metro to see how this can be resolved,” said Kouga Municipality spokesperson Laura-Leigh Randall.

She said the Kouga Municipality has been trucking water to areas struggling with water outages – usually about four trucks each carrying 16,000 litres of water a day.

Ndamase said another project to construct water treatment works at Coega Kop outside the city has started and will likely only be completed in early 2021. The project will free up another 17.3 megalitres a day for the city.

Randall added that a borehole project at Hankey in the Baviaanskloof is set to be completed by the end of August 2020 if all goes well.

“The contractor is back on site, but there have been days when work could not happen because of Covid-19-related challenges.”

Nelson Mandela Bay receives 55% of its water from the Nooitgedacht scheme that brings water to the city from the Gariep Dam. As the combined capacity of the supply dams providing the rest of the city’s water fell below 20%, the Department of Water and Sanitation introduced a 50% restriction on the amount of water that could be extracted from the Churchill and Impofu dams, and a 70% restriction on extraction from the biggest supply dam, the Kouga Dam and the Loerie Dam. Kouga Dam currently has 7% of water left.

Nelson Mandela Bay Municipality was allocated R97-million for groundwater development through the Municipal Disaster Grant and spent this money drilling 150 boreholes. Ndamase said this week that no boreholes are online at the moment.

“The borehole equipment is currently being designed and after construction that includes installation of pipes, mechanical and electrical equipment, it’s estimated to take about six months depending on the length of the pipelines to be laid to the required injection points.”

Ndamase said another project to construct water treatment works at Coega Kop outside the city has started and will likely only be completed in early 2021. The project will free up another 17.3 megalitres a day for the city.

Water tankers were dispatched to different points in the metro during the water outages. Speaking at a press conference on 29 July 2020, DA councillor in the metro Gustav Rautenbach again called for the metro to update and publish its water master plan.

“We have had serious water problems in the western part of the city and Kwanobuhle. But nobody can really tell us what the cause is or the reason. Every time there is another excuse. It is of great concern that we are running out of water. Yet we are sitting with burst water pipes and 16,000 unattended water leaks. Many of the water leaks are not attended to because they have to attend to burst pipes. The loss of water because of water leaks is at 46% before it reaches the tap. That is millions of rands in revenue.”

“This month is on track for normal to above-normal rainfall as has been predicted, but it will not help. We need a flood or mini flood to solve the problem and that is in the short term. Overpopulation is putting too great a demand on a scarce resource. When we talk about mini-floods, we are talking of falls of more than 50mm in 24 hours over most of the catchment area.

“Studies show that anything less than the magical 50mm mark makes no significant difference to dam levels. Follow-up rains must be in the form of events of 10mm or more, to provide some run-off… Since November 2017, we have not had one 50mm event. September 2018 gave us a lifeline with some 40mm events, but since then, there have been no significant falls to create enough run-off to get rivers flowing strong enough to make a marked increase in dam levels,” said Sampson.

“From the outset, we must realise that, considering historic and existing weather patterns, rainfall alone is not going to change the situation. That is excluding the doom forecast by the advocates of climate change. We are presently in the middle of a water crisis, which will not be solved by one day, month or season’s rainfall.

“At this point, we must note that a water crisis [water scarcity] is considered as the lack of freshwater resources to meet water demand. All sectors of the population are quick to point fingers at the parties that they believe are putting an extra demand on this scarce resource. However, ultimately it is an increase in the population growth rate that is putting more demands on industry and agriculture, thus in turn putting more demand on the available water supply,” Sampson said.

“Without being a prophet of doom, or spreading false hope, history shows us that one must always be vigilant that during drought times, we must prepare for an extreme event in the form of a flood,” he said. DM/MC