Stormers playing in Europe a major attraction for Ameri...

Stormers playing in Europe a major attraction for American investor 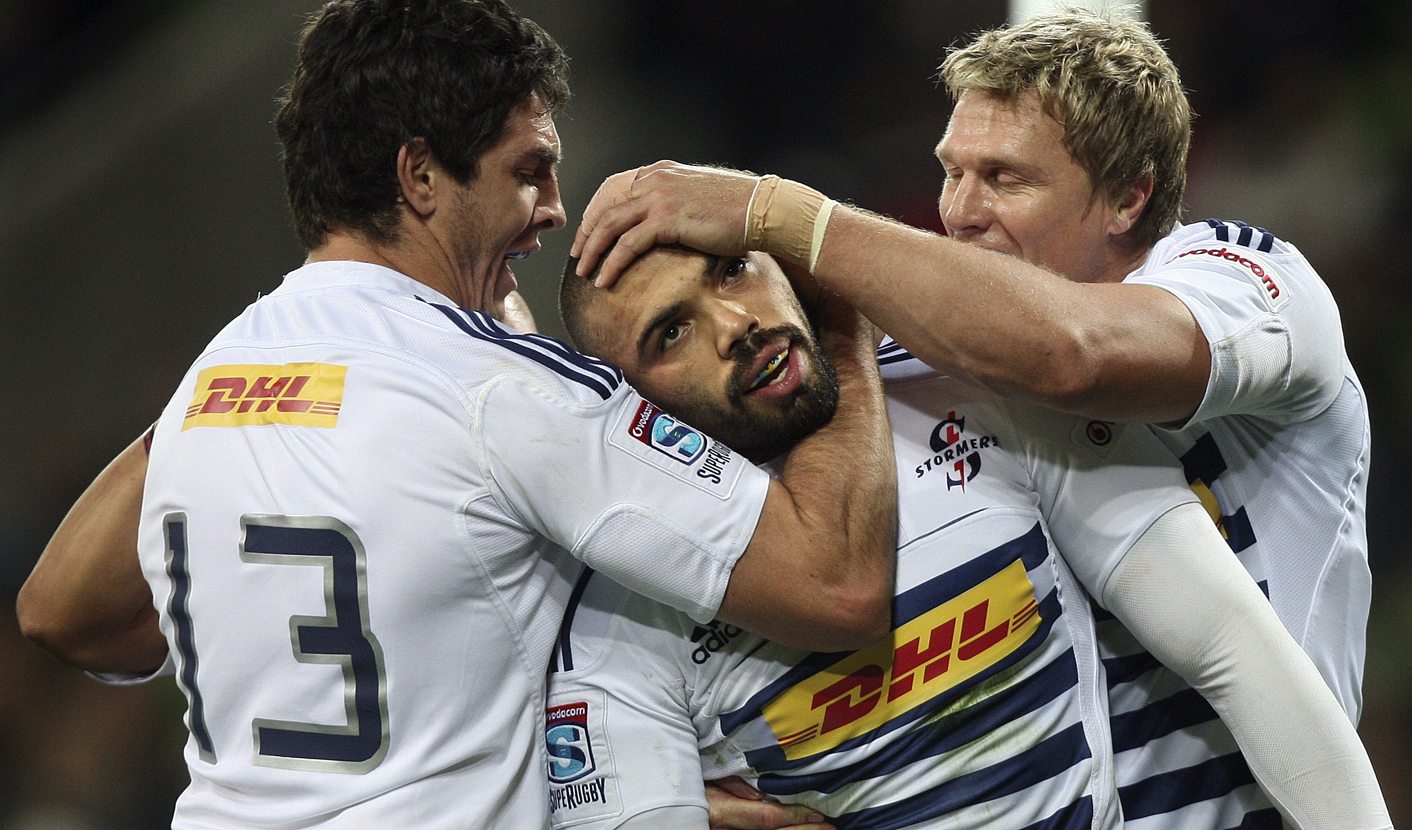 The New York-based investor interested in buying a controlling stake in the business arm of the Western Province Rugby Football Union sees commercial value in the Stormers, but only if they play in Europe.

Marco Masotti has made his fortune in New York City, as tough a place as any to make it, to paraphrase Jay Z. The expat South African from Amanzimtoti is well set to face the challenges of concluding a deal to buy a majority stake in the Stormers because there are few tougher business environments to step into at the moment.

Firstly, the Western Province Rugby Football Union (WPRFU) has not yet agreed to give Masotti a controlling stake in WP Rugby (WPR) – the professional arm of the union, which the Stormers fall under. Discussions are still ongoing to overcome that major sticking point.

How Masotti convinces a union – currently looking to consolidate its power base under WPRFU president Zelt Marais and his allies in an increasingly fractious environment, by actually giving its decisive power away – will demand all of Masotti’s apparently superb negotiating skills.

Secondly, the world of rugby is in flux with the Covid-19 pandemic threatening the existence of teams and competitions. Nothing is guaranteed in the next six months, let alone the coming few years. At this stage, it’s not even clear when and in what competition the Stormers will play next.

Thirdly, the only way in which this deal makes commercial sense for Masotti, who is ready to put up $6-million (R100-million) to buy a 51% stake in WPR, is for the Stormers to be playing in a European competition and not Super Rugby.

The last point is perhaps the only one where there is clarity because South Africa’s four major franchises teams – the Bulls, Lions, Sharks and Stormers – are all set to move into the European based PRO14 tournament.

It will be rebranded the PRO16 as the Cheetahs and Southern Kings fall out. The deal has not been made public, but Daily Maverick has learned that it has been signed and concluded. Masotti all but confirmed this when he spoke to Daily Maverick from Manhattan this week.

“The Stormers playing in the northern hemisphere is a major part of the appeal to me,” Masotti told Daily Maverick. “Dislocation and change in rugby is clearly a factor in the future of the game.

“The hope is that there is a renaissance through professional management and private equity coming into the leagues around the world, coupled with the potential of South African teams playing in Europe.

“Playing in Europe is more commercially viable at this stage. You would think there is enough interest in the sport, which already operates in the largest markets in the world that there is a way of making it commercially successful.”

SA Rugby chief executive Jurie Roux has made it clear that private equity in the game is the only way it will survive a rocky future. But for that to happen in a South African context, unions would have to give up power.

Equity partners want a slice of the commercial side of the business and want to drive that value upwards to make money. Covid-19 has created a lot more willing sellers, at bargain prices, for stealthy equity firms who have the liquidity to step into this market.

“If an equity partner wants to buy into your organisation, it is seeing a bigger commercial value of our products than we are seeing,” Roux said.

“They believe that with their expertise, they will be able to drive the commercial value higher for more profit every month. Because they pay in a lump sum up front, they take a dividend of the component’s value every year.

“They would not be getting into a business if they did not believe that they could drive the commercial value of the company higher. Private equity also doesn’t get bogged down in decisions based on sentiment and politics, which are not always rugby-related – it’s all about value and it drives you to the correct business decision.”

But the existing structure has its flaws. Currently, unions are members of SA Rugby. The franchises and companies that run the professional side of the game don’t have any direct say in the competition from which they derive revenues (through the unions).

So, while SA Rugby encourages private investment in franchises, there is no great incentive on the part of private investors to do so. They are being asked to invest in a vehicle in which they have no real interest or influence in shaping.

Having one owner and leader

Ultimately though, private equity money all comes down to control. Masotti is not going to put R100-million into the Stormers, only for a club president from Hamiltons or Elsies River to tell him how to spend his money.

As it stands now, the WPRFU wholly owns the Stormers. WPR, the professional arm, ostensibly runs independently of the union, but the reality is that when it comes to major decisions, the amateur arm, governed by a general council consisting of the dozens of clubs in the region, and has the final say. It’s the ultimate “tail wagging the dog” scenario where hard-nosed business decisions often fall victim to petty politics and personalities.

“I’m a little mad trying to get into this, but I’m a rational lunatic,” Masotti says. “But I can confirm, I am a serious buyer. I operate in the private equity and hedge fund world, and a lot of my clients are coming into sports ownership and I’m looking to do the same.

“My passion is rugby and I’ve learnt a little from the relationships I have with clients in sports ownership. In dollar terms, some of the franchises [in rugby] are a lot more affordable, but only if you have the ability to run it like a professional business. That is the non-negotiable condition.

“Decisions might have to be made quickly and for the right reasons. That is not to say that the other shareholders do not have an important role to play. In the case of the Stormers, people in the clubs are an important partner because they fill the stands and provide support. They are part of the history and the tradition of the brand, but ultimately the organisation needs one person in control.

“The owner will give a coach some runway to put structures in place and build a team, but ultimately if he is not winning, then he is out. That’s what’s in the interest of the business.

“I understand the sensitivities, especially the cultural sensitivities in the Western Cape and in South Africa generally. Although I am a bit of an outsider, I have a unique perspective and approach to it, but it’s really got to be about performance.

“Generally, South African rugby has gone about transformation in the wrong way, and I understand that we have to build the talent pool and broaden the fan base to make the business successful. I’m aware there are a lot of undercurrents and tensions, and maybe it will take an outsider to bring it all together.

“It is vital to put in the right management to do this. I have a lot to learn, but everyone has to understand there is one owner. I had had a meeting with Zelt Marais and we got on really well. I’m waiting for him to get back to me with whatever veto rights the union needs in order to feel comfortable. I’m looking forward to seeing them. Even at 49% ownership, the union would be a massive partner in the business and would make money if we are successful.” DM