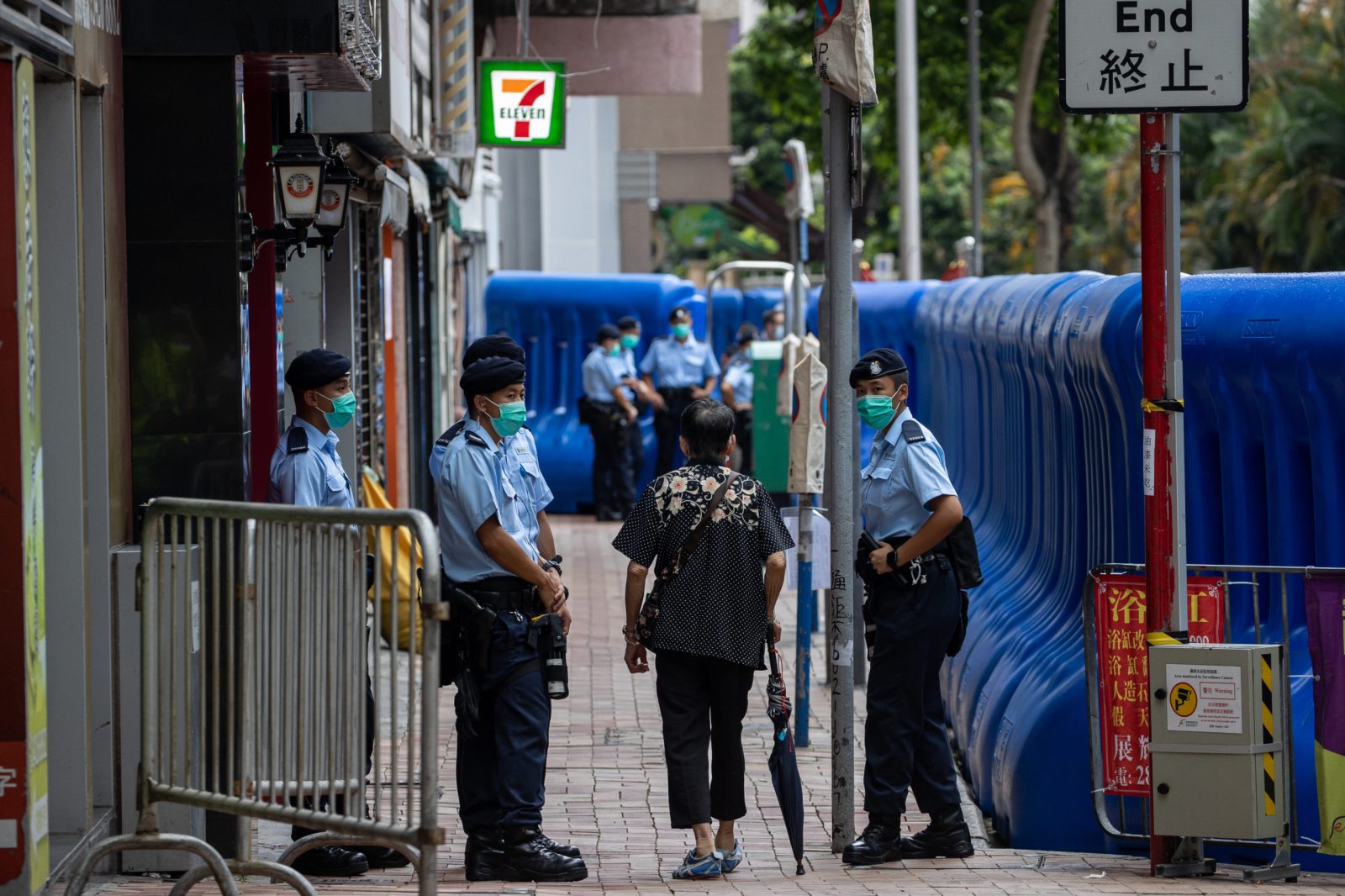 HONG KONG, July 30 (Reuters) - Hong Kong police have arrested four people aged 16-21 for suspected offences under the city's new national security law, the first such detentions outside of street protests since the legislation took effect a month ago.

In a press conference shortly before midnight on Wednesday, a police spokesman said the three men and a woman, all students, were suspected of being involved in an online group that pledged to use every means to fight for an independent Hong Kong.

“We arrested for … subversions and for the organising and also the inciting (of) secession,” said Li Kwai-wah, police superintendent at the national security department.

China considers Hong Kong to be an “inalienable” part of the country, so calls for independence are anathema to Beijing’s Communist Party leaders.

Police said some mobile phones, computers and documents were seized in the operation.

Beijing imposed the contentious legislation on its freest city just before midnight on June 30, punishing what it broadly defines as secession, subversion, terrorism and collusion with foreign forces with up to life in prison.

Activists in Hong Kong scrambled to shut or rebrand social media accounts that could fall foul of the new security law before it was imposed. Police said the four were suspected of posting content that violated the legislation in July.

“The gross misuse of this draconian law makes clear that the aim is to silence dissent, not protect national security,” Sophie Richardson, China director at Human Rights Watch, said.

The law has been condemned by some Western governments, business leaders and human rights groups who say it represents the latest move by Beijing to tighten its grip over the former British colony.

Beijing says the law is crucial to plug gaping holes in national security defences exposed by months of sometimes violent anti-government protests that rocked the city over the past year.

Authorities in Beijing and Hong Kong say the law will be used to target only a minority of “troublemakers.”

In a Facebook post, Initiative Independence Party said four former members of Studentlocalism, a pro-independence group that was disbanded before the new law took effect, had been arrested on suspicion of violating Articles 20 and 21 of the legislation that include inciting secession. They were denied bail.

Police did not name the suspects but local media and online posts said Tony Chung, a former convener of Studentlocalism was among those arrested.

Critics of the security legislation fear it will crush wide-ranging freedoms not seen on the mainland, including freedom of speech, that were guaranteed to Hong Kong for 50 years when it returned to Chinese rule in 1997.

Like Studentlocalism, many anti-government groups disbanded just before the law came into force, ranging from pro-independence Hong Kong National Front to pro-democracy Demosisto, which was led by young activist Joshua Wong.

Hundreds of small shops have taken down protest slogans off their walls, while publishers have started to censor or even reject books they fear authorities might deem subversive. (Reporting by Joyce Zhou, Carol Mang, Yanni Chow and Jessie Pang; Writing by Anne Marie Roantree; Editing by Lincoln Feast and Michael Perry)