Sweet dreams are made of this 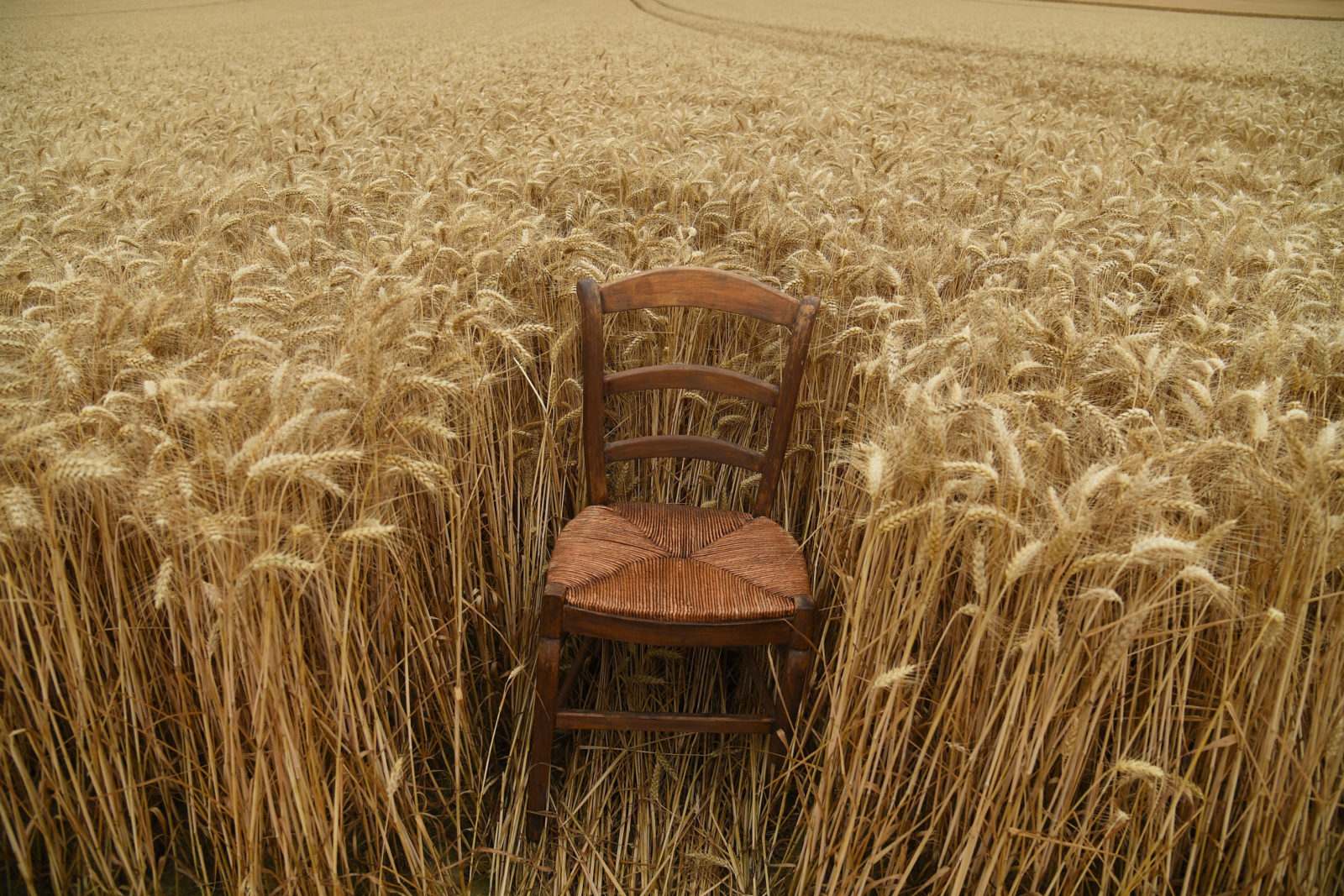 Social disruptions such as wars or pandemics often have lasting effects on art, fashion and culture in general; the way in which the creative world responds to crisis acts as a great marker of our times. It also infuses hope.

When fashion – personal, identifiable, diverse – is made silent, be it because of restrictions and shortages, like during the World Wars; because of oppression, like during apartheid South Africa; or because of economic pressure (the Great Depression or pandemics), what often follows is an outburst of colours, fabrics, cuts and silhouettes; sartorial statements as an attempt to restore and recreate what has been erased, destroyed or forgotten.

It was also a desperate need, after years of military uniforms and functional garbs, to inject femininity, couture and embellishments back into a world that had been stripped of its frivolity and joie-de-vivre.

Back in 1947, for example, only two years after the second World War, French couturier Christian Dior was famously credited for his “New Look” (following a comment by the then editor-in-chief of Harper’s Bazaar, Carmel Snow, who exclaimed after seeing his collection: “It’s quite a revolution, dear Christian! Your dresses have such a new look!”), a glaring departure from the ‘20s and ‘30s fashion, which had seen the rise of flannel wide pants, striped shirts, floating dresses with no corset designed by Elsa Schiaparelli, Jean Patou or the liberated women of Chanel.

But it was also a desperate need, after years of military uniforms and functional garbs, to inject femininity, couture and embellishments back into a world that had been stripped of its frivolity and joie-de-vivre. Instead, armed with cinched waists, epaulettes, A-line skirts that looked like inversed flowers and tight jackets that followed women’s curves, fashion became a statement for a sort of cliché womanly dream, one that had previously been smashed by feminist movements. A dream made of flowers and flower-like women.

In the seventies, disco defined the decade and its fashion, set by deejays based in “underground clubs that catered to black, gay, and Latino dancers … The first disco qua disco hit was Gloria Gaynor’s Never Can Say Goodbye (1974), one of the first records mixed specifically for club play. While most of disco’s musical sources and performers were African-American, the genre’s popularity transcended ethnic lines, including both interracial groups (e.g., KC and the Sunshine Band) and genre-blending ensembles (e.g. the Salsoul Orchestra)”, says author, professor of American Studies and director of Center for Human Services at the University of Massachsetts, Boston, Reebee Garofalo. Fashion followed, with American designer Halston dressing Grace Jones or Bianca Jagger and posing next to Andy Warhol at Studio 54: Lycra, satin, feathers, sequins and lots of skin and sparkles reigned through the nights.

The exhibition showed how important clothing was and still is in expressing personal and collective identities.

Closer to home, the exhibition Made Visible: Contemporary South African Fashion and Identity that was presented at the Museum of Fine Arts in Boston in early 2019, displayed pieces including “a 20th-century Ndebele beadwork ensemble, as well as knitwear designs by Laduma Ngxokolo” – the designer behind MAXHOSA Africa – mixed with artworks by South African artists Zanele Muholi, Mary Sibande and Nomusa Makhubu. MAXHOSA Africa’s ethos is rooted in culture: The bright geometrical designs are inspired by Xhosa beadwork designs and colours; the cardigans inspired by the kind worn by young Xhosa men after they come out of the initiation ritual. The exhibition showed how important clothing was and still is in expressing personal and collective identities – at times, the role played by clothing can be “to erase cultural identity and enforce class divisions” (as seen in the artworks) or instead, as a powerful way to reclaim one’s own identity.

Fast-forward to 2020, and a global pandemic covers the world with disruption, confusion and loss, and the fashion collections presented recently (menswear, couture and resort) projected through videos, Zoom previews and short films, a distraction made of beauty and reverie.

About an hour from Paris, in the Parc Naturel Régional du Vexin Français, Simon Porte Jacquemus unveiled his collection dubbed L’amour last June. Set in fields of wheat, only opened to a selected few (because of the Coronavirus), the show saw models walk on a runway that cut through the wheat like a long hypnotic yellowish snake: it sliced the field in one clear wave. It was mind blowing – a reverie that seemed accessible if only because his garments are modern, comfortable, easy(ier) to wear, on par with Virgil Abloh’s Off White; both designers have mastered the art of weaving tightly fantasy with originality and modern silhouettes.

At Dior, dreams were handed in tiny drops, 55-cm-high miniature mannequins dressed in Haute Couture, the craftsmanship even more evident in the Lilliputian versions than in real size. The scaling down of the gowns might have been an allegory for unpretentiousness? Who knows. Still, the dream is irresistible because it also celebrates the petites mains (literally, “little hands”, the magical hands of the craftsmen and women behind each gown) and the hours spent to create one garment.

Then there was Valentino Fall/ Winter 2020-2021 collection; the house’s creative director Pierpaolo Piccioli presented a collection titled, The Performance: of Grace and Light, a dialogue between Pierpaolo Piccioli and Nick Knight and shot in the Cinecittà Studios in Rome, where “over 3,000 films have taken form at the studio in its 80+ year history”, including films by Federico Fellini, Sergio Leone, Francis Ford Copolla, Martin Scorcese to name only but a few. Can we talk about this moment (quite literally) suspended in time? Piccioli managed to stop reality and insert his dreamy escape in a series of choreographed frames – a frivolous distraction maybe, but dipped in incredible craftsmanship and savoir-faire. Was it an ode to circus? A bow to theatre and cinema? An emotional homage to couture? Everything at once? White dresses dropped from the sky like angelic visions; trains seemed to go on forever while sequins covered the body from head to toe and further away.

Italian designer Stefano Pilati created a short film dubbed DOMESTIC (between wars), released in July and featuring performance artist M.J. Harper in collaboration with director Konstantin Bock and cinematographer Christopher Aoun; it showcases the designer’s collection while depicting “the mood and intensity of being a creative while questioning one’s own existence during a world at war and finding balance between sadness and destabilization, hope and change”.

It should be everyone’s lockdown dream – nowhere to go but feeling irresistible nonetheless.

Filmed on location in Berlin, with the sound of Club Jazz Moment-23729 by Antoine Stephane, Henri Binant and Julien Ranquil in the background, the film evokes the chic and glamour of another era of salons and private soirées – sans the audience and the cigarette smoke but with incredible avant-gardism and sensuality.

In fact, it should be everyone’s lockdown dream – nowhere to go but feeling irresistible nonetheless.

In a recent interview with Vogue International, Pilati said, “I questioned and still question the role of the fashion system at large, the concept of fashion and its role in society, including the meaning of it. The symbolic aspect of fashion is what I cannot help to abandon (despite the inevitable feeling of pressure from an irrational load of scepticism and hopelessness which tries to desensitize us from the importance of beauty all while trying to appear positively grounded in the simple habit of ‘dressing up’). I still believe fashion is an important testimonial of our time”.

Pilati’s comment brushed on fashion’s recent “time of reckoning”, the scrutiny and cry against the industry’s dubious practices, racism and toxicity that finally led to a very necessary introspection; this abrupt and called-for awakening shone a light onto a system that hadn’t evolved much in the last decade in spite of scandals, embarrassments and regular calls for change.

The Washington Post fashion critic Robin Givhan summed it up when she noted, “The fashion industry has been spinning this web of fibs, obfuscations and misdirection for years. One bad decision led to another until fashion’s stakeholders had created a system no one liked but no one seemed able to escape. The problems facing the industry are most often caused by short-term fixes instead of long-term strategies, the belief in quantity over quality and, of course, ego and inertia.”

And then, the system “no one liked but no one seemed able to escape” scrambled, leaving designers, retailers and luxury houses to grapple with a call for a reboot. It was time to shift from solipsism to self-examination, even though – which might be why it took so long to happen – the “web of fibs” still made for a highly profitable industry.

When the fashion industry’s feathers are ruffled, it often responds with even more flamboyant plumes.

Back in 2018, the Bain & Company Luxury Goods Worldwide Market Study reported that the global luxury market – which includes personal luxury goods, luxury cars and hospitality, fine and wine spirits, gourmet food, fine art, high quality design and furniture, private jets and yachts as well as luxury cruises ­– reached a total revenue of €1.171-billion that year, a growth of 1% from the previous year. Granted, according to a 2018 report by McKinsey, in fashion, “fully 97 percent of economic profits for the whole industry are earned by just 20 companies, most of them in the luxury segment”. Still among the top winners are Inditex (Zara), LVMH, and Nike, “which have more than doubled their economic profit over the past 10 years”.

Past this time of “reckoning and awakening” – which to this day is far from over – and with much uncertainty on how the future of the fashion industry will look like after its “reboot”, one thread remains a constant after each major social disruption: dream and beauty. When the fashion industry’s feathers are ruffled, it often responds with even more flamboyant plumes. DM/ ML

Human birth control pills are as effective for gorillas. Why anyone would give that a test is an absolute mystery.