Build it and they will come: Lessons from the Slovo Park informal settlement 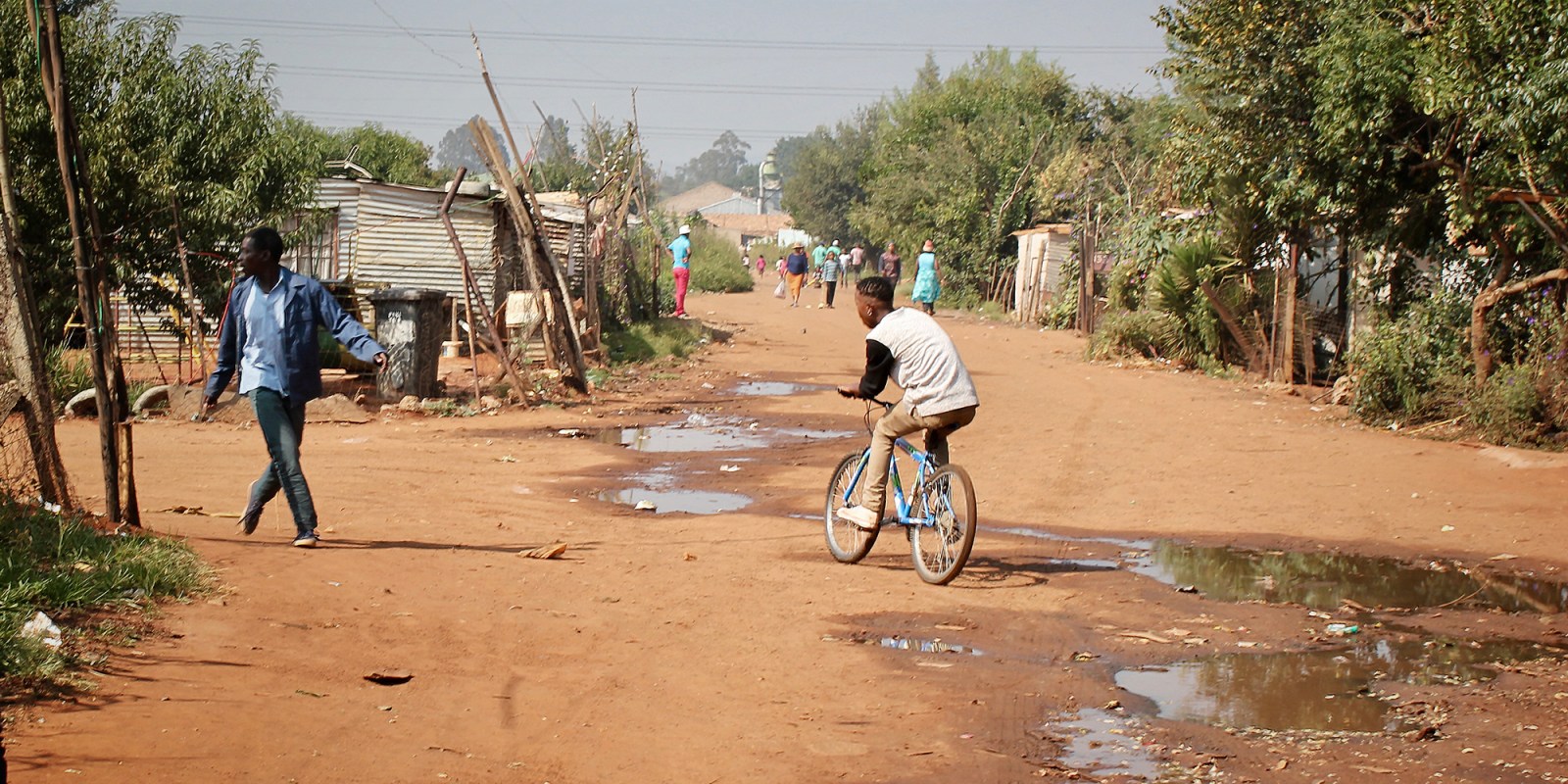 The Covid-19 pandemic has severe consequences for people living in informal settlements. Decades of neglect have meant that residents often lack clean water, adequate shelter and sufficient access to emergency health services to prevent the spread of the virus. But it doesn’t have to be this way.

How did we get here? The answer lies, in part, with policy implementation shortcomings – a situation which the Minister of Human Settlement’s prioritisation appeared to address in her budget speech on 22 July.

Minister Lindiwe Sisulu identified incremental upgrading of informal settlements as the first of several priorities for the department during Covid-19. In fact, R2.4-billion of her budget has been allocated to provincial governments and R2.2-billion to metropolitan municipalities to improve basic services and living conditions for residents in informal settlements.

The Upgrading of Informal Settlements Programme (UISP) is a potentially progressive, yet underutilised, policy instrument. The UISP says informal settlements must be upgraded in situ (where they are), with minimal disruption to social and livelihood networks, and full community participation. It sets out how national, provincial and local government should work together. The policy supports municipalities to ensure that informal settlement residents enjoy security of tenure and basic services as a first step.

Slovo Park, in Johannesburg’s southern area, is an informal settlement that has suffered appalling neglect for 20 years. Only recently has this begun to shift, offering important insights for what constrains use of the programme and what is required to implement it.

In 2014, the Slovo Park Community Development Forum (SPCDF) approached the Gauteng local division to oppose the City’s plan to relocate residents 11 kilometres away from the settlement. The SPCDF requested the court to compel the City to apply for funds from the Gauteng Department of Human Settlements, and implement the UISP, contained in the National Housing Code (2009).

In April 2016, the Gauteng High Court ordered the City of Johannesburg to upgrade the Slovo Park informal settlement through the UISP. The Melani judgment confirms that the UISP is binding on municipalities and that local government’s failure or refusal to apply the policy is unlawful. It also confirms that the UISP applies to all informal settlements across South Africa, and that relocation of residents must be a last resort.

The first edition, “Slovo Park: Twenty Years of Broken Promises”, summarised key events in the settlement’s history from 1991-2014, and detailed community-led engagements with government officials and politicians over 20 years that ultimately led to the collective decision to litigate against the City of Johannesburg in 2014.

“Some Gains at Last” details the groundbreaking High Court judgment in 2016, and documents the concrete gains in Slovo Park informal settlement since then.

The first gain is the establishment of a multi-stakeholder task team solely dedicated to Slovo Park’s development. The team comprises national, provincial and City human settlements officials; the SPCDF, SERI, and built environment practitioners from the Centre for Urbanism and Built Environment Studies (CUBES), as well as 1:1 Agency of Engagement.

The purpose of the task team is to improve community participation in the government’s implementation of the UISP in the settlement.

The second gain is the municipal installation of electricity in 2018. Since Slovo Park’s establishment in 1991, there had been no formal access to power in the settlement. More than 10,000 residents relied on candles, wood fires, paraffin lamps and illegal connections to factories in neighbouring Nancefield.

The third and most recent gain is the City’s submission for funding to the provincial department of human settlements in 2019. This is significant because it ring-fences resources for the City to apply a participatory approach to upgrading Slovo Park in the long term.

The nature and consistency of municipal leadership, and in particular the approach officials adopt, directly impacts on the progress or regression of informal settlement upgrading and the quality of policy implementation.

In 2016, the High Court ordered the City to prepare and submit a funding application that was informed by community inputs in order to implement the UISP in the settlement. The task team facilitated the finalisation of the City’s application and continues to influence the design of Slovo Park’s new layout plan.

The Slovo Park upgrading experience offers important insights into engagement in the built environment between government, community-based organisations and civil society. Between 2016 to 2019, the task team met 33 times. It is due to them that City Power electrified Slovo Park in 2018, and that the City submitted its funding application to the province in 2019. These gains, after 20 years of broken promises, would not have been possible without a collaborative and multi-stakeholder platform.

Slovo Park shows how, driven at a local level, informal settlement upgrading that is UISP-compliant enables rigorous and participatory engagement across sectors, departments and spheres of government in managing upgrading projects.

This story is about a metropolitan municipality’s departure from greenfield housing delivery, and collaborative efforts towards in situ informal settlement upgrading in line with the UISP.

Incremental participatory in situ upgrading differs markedly from conventional urban planning. It prioritises minimal disruption to livelihoods, and existing settlement patterns require different skills from approaches to township establishment and greenfield development. It is an iterative process, rich with learning for all actors.

“Some Gains At Last” speaks to the resilience of community leadership, supported by practitioners knowledgeable of the law and policy, and planners who are brave enough to build on what exists in order to improve the lives of people where they have made their homes.

The nature and consistency of municipal leadership, and in particular the approach officials adopt, directly impacts on the progress or regression of informal settlement upgrading and the quality of policy implementation.

It offers a significant perspective for the prioritisation of informal settlement upgrading and for overcoming years of neglect – a state of affairs which the pandemic has brought into sharp relief. DM

Tiffany Ebrahim is a researcher at the Socio-Economic Rights Institute (SERI).