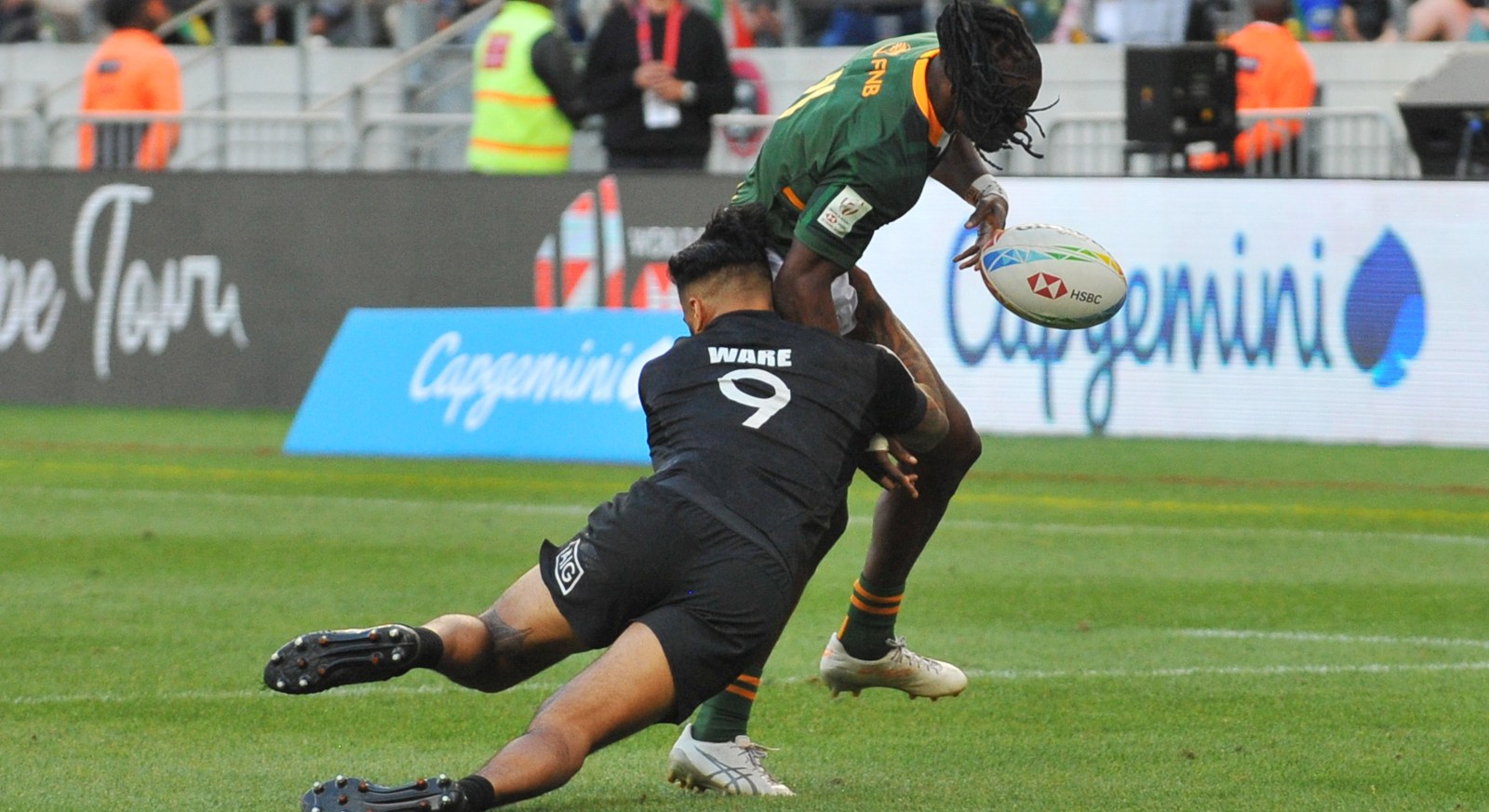 The 2020 Cape Town Sevens, which was scheduled as the second leg of the 2020/21 HSBC World Sevens Series, has been cancelled due to the impact of the Covid-19 pandemic.

World Rugby made the announcement on Wednesday and, while the outcome was not a shock given the havoc the pandemic has wrought globally, it is still a major blow to SA Rugby and the City of Cape Town.

The event, which has established itself as the best on the 10-leg circuit, is a major tourist attraction for the City of Cape Town and vital earner for SA Rugby. According to the City the event adds over R700-million annually to the region’s GDP.

The event added R941-million to City GDP in 2019 in direct, indirect and induced economic activity and R49-million in direct taxation to the City. That’s according to a SA Rugby economic impact assessment study of the tournament.

The Dubai leg of the Series – which takes place a week before Cape Town – has also been cancelled. The events were due to be the first two legs on the 10-tournament 2020/2021 HSBC World Rugby Sevens Series.

World Rugby, its partners, SA Rugby and the Dubai organisers undertook a comprehensive consultation process and constructive dialogue to reach the conclusion.

The decisions were taken in line with relevant government and international public health authority advice and with the health and well-being of the rugby community and the wider public taking precedence. Cape Town – and Dubai – are due to return to a full Series schedule in 2021.

“This is a very disappointing development but far from unexpected,” said Jurie Roux, SA Rugby CEO. “The HSBC Cape Town Sevens is a highly complex international event that involves 28 men’s and women’s teams travelling from all the corners of the globe and, considering the progress of the pandemic, both here and around the world, the prospects of being able to deliver our normal spectacular were extremely slim.

“The opening of air borders remains uncertain; the requirements of quarantining and the need for preparation time for teams really left us no choice. And even if we had been able to fly in 28 teams the likelihood is that we would have had to play behind closed doors, which held little appeal considering the unique nature of the event.

“Over and above all of that, the health of players and fans was of paramount importance and with the current uncertainties in that regard all parties agreed on the need to cancel this year’s event.”

With 21 of the 24 teams already qualified for the Olympic rugby sevens competition in Tokyo, planning for the Olympic Repechage final qualification event in the first half of 2021 is ongoing.

World Rugby Chief Executive Brett Gosper said: “While we share in the disappointment of players, teams, fans, hosts and everyone involved with the popular events in Dubai and Cape Town, this is a prudent decision taken with the health and wellbeing of the global rugby community and wider society as our top priority.

“Our research demonstrates that rugby sevens is an important driver of global growth for our sport, particularly in emerging nations where it attracts new fans with its dynamic, skilful and spectacular style.

“Rugby sevens is a key priority for our organisation and as we prepare for the Tokyo Olympic Games hot on the heels of the success of the Rugby World Cup in Japan, 2021 has the potential to provide another huge step-change in the awareness and participation of rugby sevens around the globe.”

The 2019/20 World Sevens Series was cancelled after six rounds had been completed in the men’s division and five in the women’s due to the pandemic. New Zealand were declared winners of both the women’s and men’s categories as they were leading the standings at the time.

SA Rugby, through a unique collective bargaining agreement, is in the midst of shaving off up to R1.2-billion from the industry budget in cost-cutting measures this year if no rugby takes place. The loss of the Cape Town Sevens was part of that planning.

The worst-case scenario economies are being achieved by reducing expenditure following the cancellation of competitions (49.7% of savings), cuts in other operational budgets (37.3%) and in salary reductions (13%).

The salary cuts amount to 25% of total remuneration across the industry, including all employees, players and officials, although staff earning below R20,000 per month were exempt. Higher earners have agreed to cuts on a sliding scale of up to 43%.

“It was a complex process to find alignment with a number of entities representing 1,396 people in the South African rugby industry, but throughout everyone collaborated fully,” said SA Rugby’s Roux.

“The group identified our collective areas of financial risk and what savings had to be made and then identified a plan to mitigate those risks.

“It has meant salary cuts for many, but we have put together a plan that will ensure the industry will be positioned and resourced to get straight back to action just as soon as we are permitted.” DM