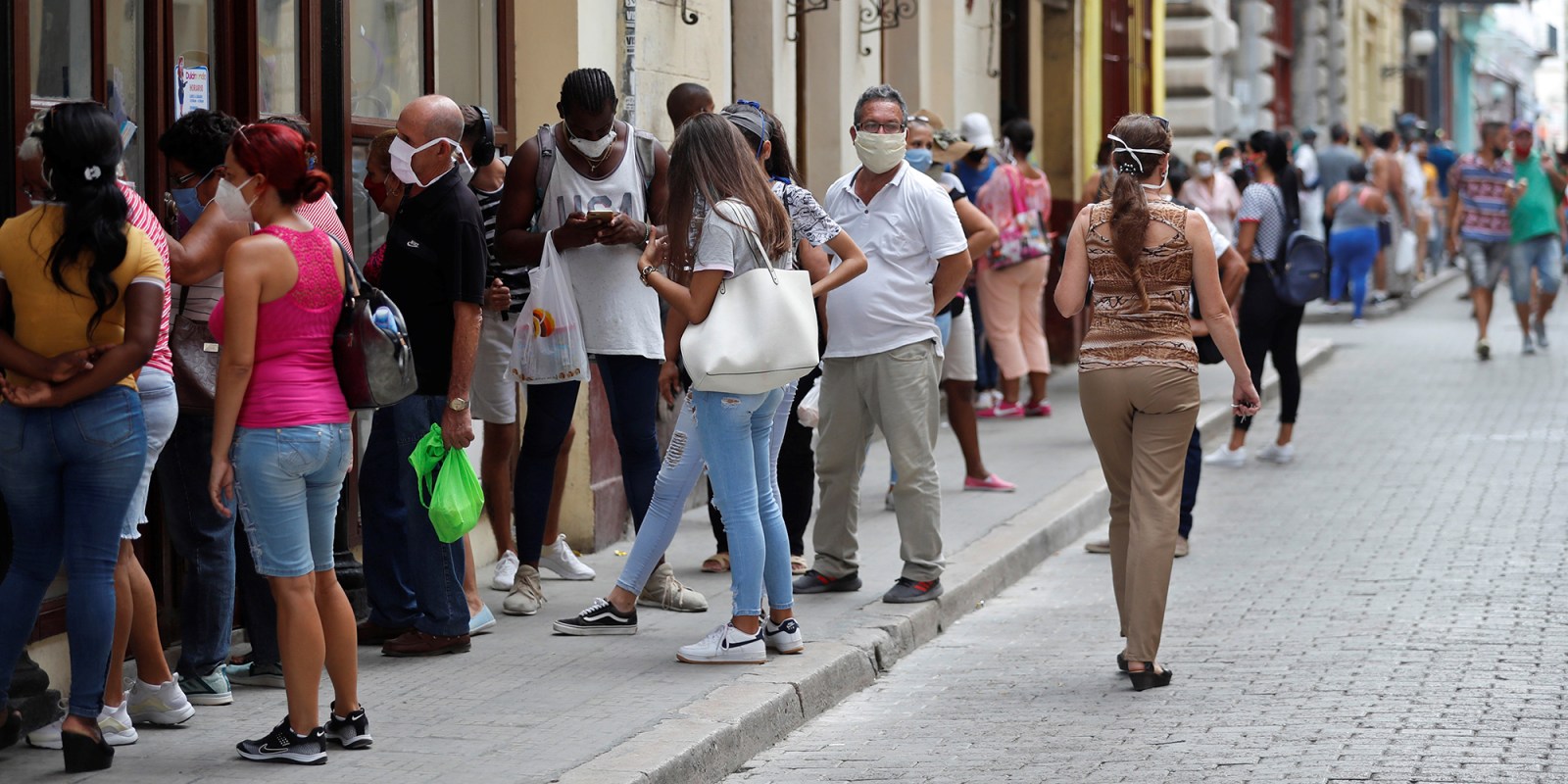 Four nations outside Europe have so far managed to successfully confront, corral and contain the Covid-19 onslaught. Let’s take a summary look at both the commonalities and specifics of these cases to see what we can learn from them.

Since the onset of the Covid-19 pandemic, much of the world’s public as well as media attention has been focused on those countries hardest hit. From the early and widespread outbreaks in China, Italy, Spain and the UK to the more recent and greater numbers of infections and deaths in the USA, Brazil, India, Mexico and Russia the information pipeline has largely read like a never-ending horror story, even if the leading characters have changed.

That dominant storyline has been occasionally interrupted by some good news. However, most of those counter-narratives have surfaced individual experiences and examples of collective and community action. There have been some exceptions, like South Korea, Portugal, and Germany in the earlier months of the outbreak and then more recently in Denmark and New Zealand, but other than South Korea the success stories have most all been European/Western. What has mostly been missing are the stories of “other”, non-European countries which have had sustained success (so far); indeed, these have largely been shifted to the pandemic shadows.

Besides the general need to better publicise and understand more about these “other” countries that have, so far managed to successfully confront, corral and contain the Covid-19 onslaught, it is the surfacing of both the commonalities and specifics of these cases that is crucial to learning from them. Let’s take a summary look at four examples.

As of 26 July, the official Covid-19 numbers for this island nation of 11.34 million people stood as follows: 2,478 confirmed infections, 2,345 recoveries, and 87 deaths. It will come as little surprise to those who know more about Cuba other than the names of Fidel Castro and Ché Guevara, that a significant reason for its success is the depth and breadth of its free, universal and preventative healthcare system. That system has been built on a foundation of being in close touch with the population at the most local level, with the consequent ability to identify health problems as they emerge and deal with them immediately.

Underpinning it is the world’s highest ratio of doctors to population, and positive health indicators such as high life expectancy and low infant mortality. Cuba also has a highly educated population, an advanced medical research industry and a tried and tested disaster-preparedness and management system. Further, the country’s centrally planned state-centric political economy means that the government has been able to mobilise and distribute resources quickly, helped along by the political will to act decisively.

Back when the pandemic first began to move outside the borders of China, Johns Hopkins University had predicted that Taiwan, with a population of 23.8 million, would be right up there with the worst affected countries. And yet, several months later the official numbers tell a very different story with only 458 confirmed infections, 440 recoveries and just seven deaths as of 26 July. This is all the more astounding given that the country is just over 100km from the coast of China, has 400,000 of its citizens working in China and did not institute any sustained lockdown nor close most economic activities. So what was Taiwan’s recipe for success?

First, there is universal healthcare through a national health insurance system, buttressed by an infrastructure strengthened by the country’s bad experiences from the 2003 SARS (another coronavirus) outbreak.

Second, the government adopted a clear and well-communicated plan for managing the pandemic, backed by a strong reliance on experienced medical professionals and a no-exceptions enforcement of rules related to targeted quarantines, mask-wearing and social distancing.

Lastly, social relations are undergirded by a strong community-mindedness that allowed Taiwan to tackle the pandemic in a more unified and co-operative way.

Just under a four-hour flight from Durban, the small (population, 1.27 million), beautiful country of Mauritius has, according to official statistics on 26 July, experienced 344 confirmed infections, 332 recoveries and 10 deaths. This is despite early estimations by the World Health Organisation (WHO) of the highest exposure risk in Africa and projections of 90,000 cases and 800 deaths due to the country’s high population density (19th in the world) and ageing population.

Once again, at the centre of this story is a public healthcare system that, although not without its problems, has been able to provide quality, mostly free health services for the population. Additionally, strong local level/community organisation as well as a highly educated populace, combined with Mauritius’ trace-and-test tradition related to the eradication of malaria and dengue, served it extremely well. While there was some controversy and opposition around the strict lockdown and quarantining measures, adherence was high and the country was able to mitigate the impacts through wage assistance schemes, the distribution of food, as well as some support for the self-employed/ informal sector.

In a country that shares a 1,400km land border with China (the originator country of the pandemic) and has a population of 95.54 million, the official figures (as of 26 July) are astounding: 420 confirmed cases, 365 recoveries and not a single attributed death. Like the “other” success stories, Vietnam (which reported its first cases in the same week in January as did the US), saw the disease as a serious threat from the start.

With impressive speed and efficiency – linked to both Vietnam’s highly centralised political system alongside its long history of well-organised local/community organisation – the country rolled out a programme based on early risk assessment, extensive and localised contact tracing as well as quarantines (although criticised by some as being too heavy-handed). These were then effectively combined with extensive communication and accurate information, decisive leadership and community solidarity. And, no surprise that central to the accumulated success is a primary public healthcare system which, similar to Taiwan and Mauritius, has been tested and strengthened through dealing with previous viral outbreaks such as SARS and swine flu.

One immediate response to these stories will probably be that three out of the four are island nations with relatively small populations and thus have inherent geographic and demographic advantages in dealing with the pandemic. But that thesis does not hold much currency for two key reasons. First, many other islands (for example, Malta, the Maldives and Iceland) have had infection rates that are up there with some of Covid-19’s worst “failed states”. And second, Taiwan and Mauritius are both ranked in the top 20 globally in terms of their population density rates.

Another response, especially from more right-wing folk, might be that in “communist” countries like Vietnam and Cuba the numbers are being manipulated by the state to achieve ideological/political ends. Besides the fact that there has been absolutely no evidence or serious argument presented to back up such an allegation, the counter-reality is that the evidentiary basis for such manipulation has most definitely come to the surface in some, so-called “capitalist democracies”. Did I hear someone just say “America First”?

No doubt though, there are legitimate criticisms that can be made in respect of each of these examples. Cuba and Vietnam’s one-party systems and largely centralised political and communications management and control have seen some heavy-handed enforcement and have not been particularly kind to critical voices. In both Vietnam and Taiwan, there have been legitimate concerns around the use of a national security network to monitor physical and virtual spaces. And, Mauritius’s Covid-19 legislation which has restricted and suspended certain worker rights as well as given police the power to arrest people without a warrant, raises serious fears that the supposed temporary might turn into a permanent reality.

Regardless, there is much to learn, at both a national and global level, from these “other” success stories. There are some very clear commonalities that undergird the successes, no more so than in respect of rationally-informed political will, well supported and capacitated public healthcare systems and effective local/community organisation.

McKinley is a long-time political activist, researcher-writer and lecturer and has been involved in social movement, community and political struggles in South and southern Africa for over three decades. He is a research and education officer at the International Labour, Research & Information Group.