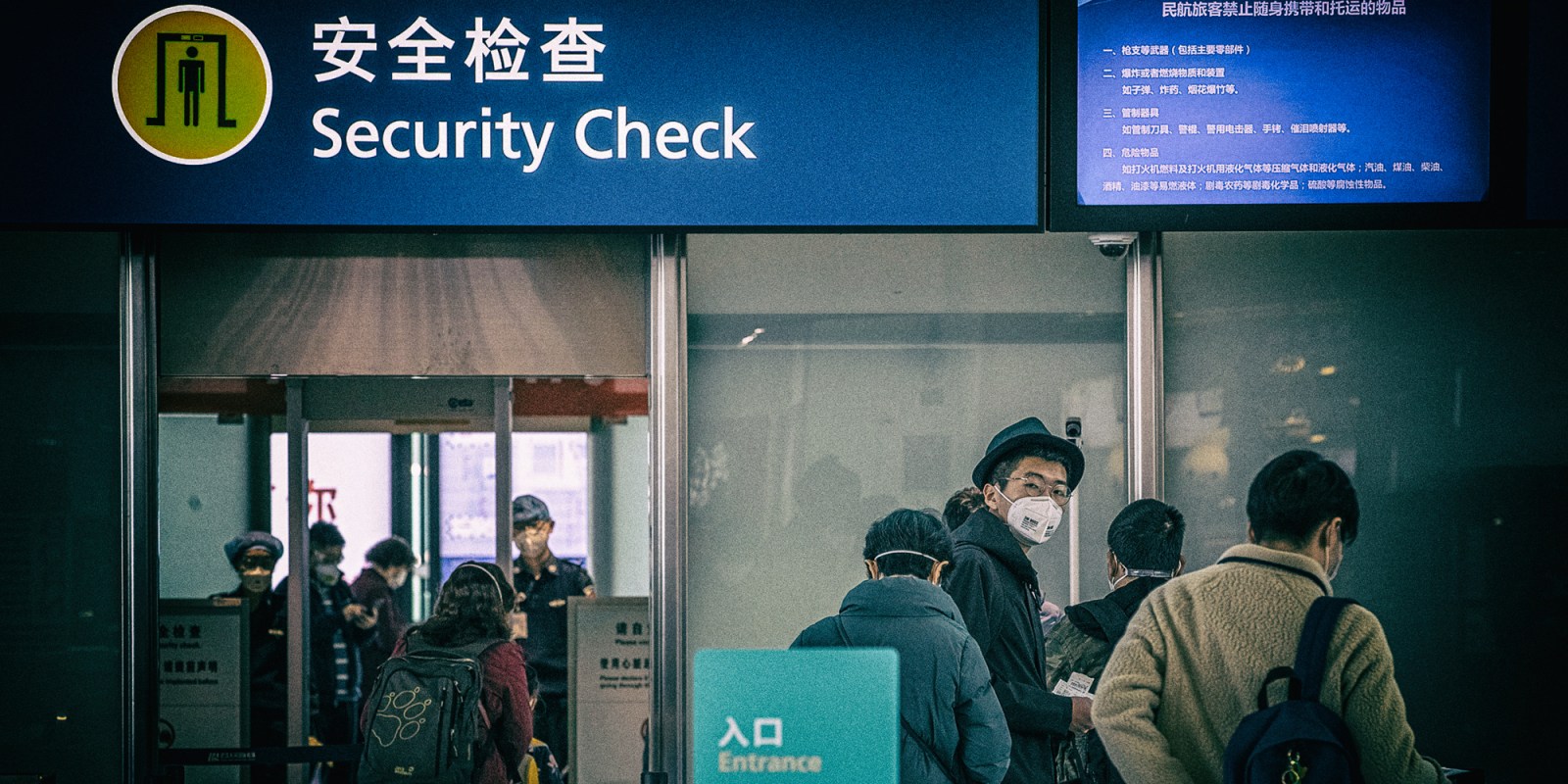 A stranded South African teacher, distressed by the strain of trying for months to get home from China, disappeared from Wuhan airport just before he was due to board a repatriation flight.

A private charter repatriation flight left the Chinese city of Wuhan without one of its South African passengers after he walked out of the airport.

Mojalefa Motlhakoana’s distressed mother, Louisa Motlhakoana, told Daily Maverick that her 35-year-old son was now lost in Wuhan. Although he had been suffering from depression before, the stress of the weeks and months of delays and cancelled repatriation flights seemed to have precipitated a breakdown over the past few days.

Just before the Maple Aviation repatriation flight departed Wuhan early on Monday, Mojalefa broke away from the rest of the group and walked out of the airport, disappearing into the city.

A CCTV security camera image shows him wheeling a trolley with his luggage out of the building.

Louisa Motlhakoana said her son had been under close surveillance and care from other members of the stranded group because they had noticed his mental state deteriorating sharply over the past few weeks.

“A few days ago he displayed characteristics of major depression, experiencing changes of sleep, lack of appetite, hallucinating, calling home at odd hours unintentionally, to ask if he will ever get home,” she said.

“Today I had the hope of getting him home, when he suddenly ran off from the hotel after seeing a group of people boarding the bus.

“Maybe he got a fright or thought he was not going home.”

She said police located him through CCTV cameras. And the group persuaded him to board the bus to the airport.

At the airport Mojalefa seemed to be okay, she said. He joined the others in the seven-hour wait for departure.

But after he had already received his boarding pass and the group was about to start checking in luggage, he disappeared.

Motlhakoana said she was terrified that her son might run away from police and be mistaken for a criminal.

She added that she was trying to arrange to fly to China herself to look for him but was unsure if she would be able to do so because of the Covid-19 lockdown measures and travel restrictions.

She was also pinning her hopes on her son being found soon so she could book him on another repatriation flight which she said Maple Aviation was planning to do this Friday, 31 July.

She had emailed diplomats at the South African embassy in Beijing to help her find her son. They replied that the case was with the Wuhan police.

Several attempts to get home had thwarted her son’s hopes, she said.

He had first pinned his hopes on a Cathay Pacific flight from Shanghai in April. He flew from Chengdu, Sichuan province, where he was teaching, to Shanghai and slept in the airport for several days. The flight never happened. The South African embassy helped him to get back to Chengdu and sort out his official papers.

Then that flight suddenly disappeared off SAA’s flight schedule.

In June he travelled to Guangzhou with other South Africans to catch a repatriation charter flight laid on by Maple Aviation. But the group was not allowed to board because of Covid-19 restrictions.

After some nights in Guangzhou, they took a train to Wuhan to catch Maple Aviation’s second scheduled repatriation flight on July 4.

After several bureaucratic and technical delays, that flight only left this past Sunday, 26 July.

Mojalefa, a graduate of Wits University’s Teach English as a Foreign Language (TEFL) programme, had gone to China in March 2019 to teach English in Chengdu.

He had later moved to Beijing to teach there and was about to return home when the Covid-19 travel restrictions were suddenly imposed. DM