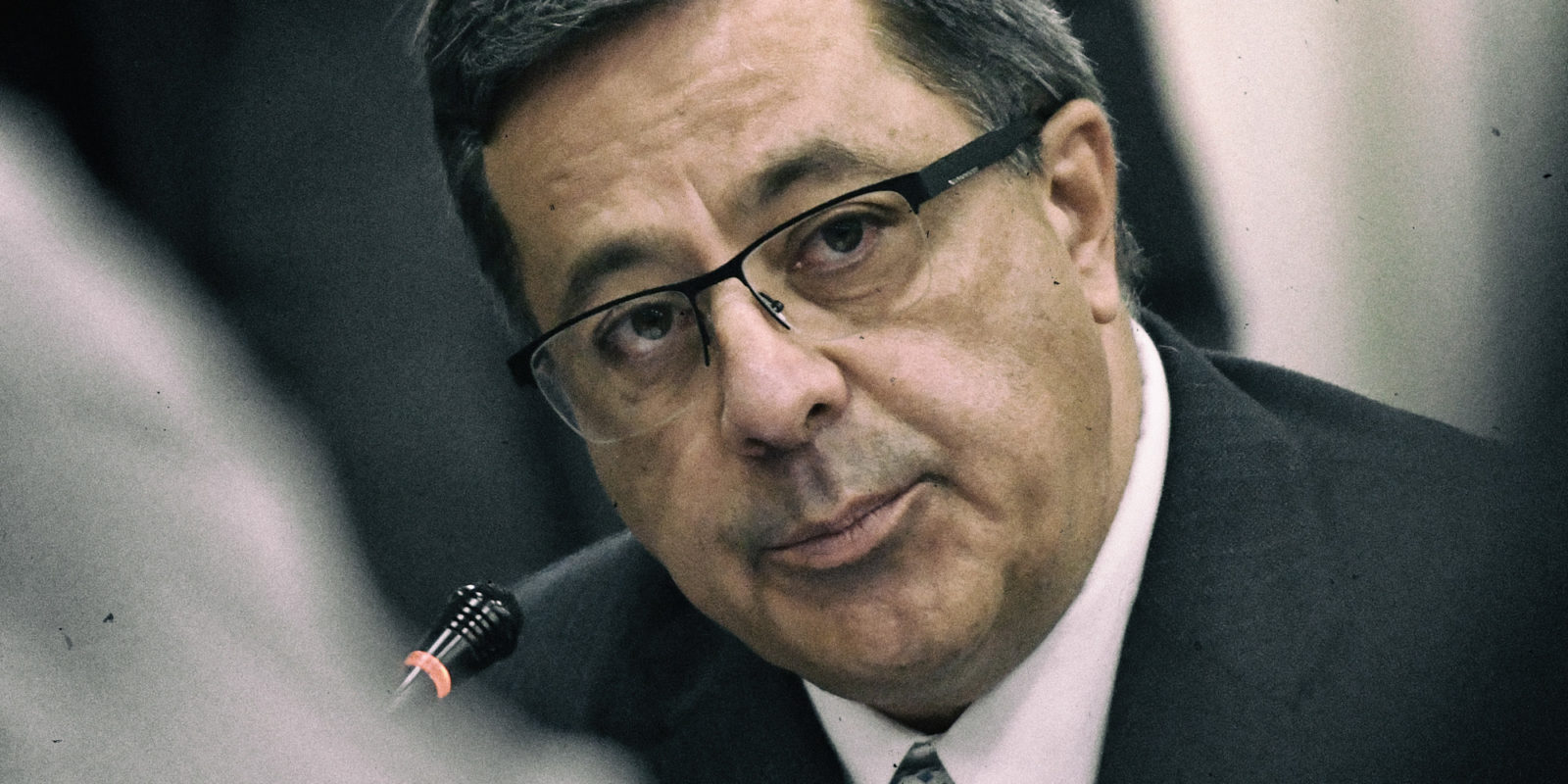 Former Steinhoff CEO Markus Jooste has been forced into legal battle with his former fiefdom, contesting their claim that the PwC forensic report that investigated irregular accounting practices, at his behest, is covered by legal privilege. (Photo: Brenton Geach/Gallo Images/Getty Images)

Sometimes it’s better to cut your losses and run. This is what Steinhoff’s board is hoping aggrieved shareholders will do. One shareholder is not taking the bait.

One group of aggrieved shareholders who will not be accepting Steinhoff’s cash and shares offer to settle a whopping R135-billion in legal claims and litigation against it, are the former owners of Tekkie Town, a retail and apparel store that was acquired by Steinhoff and later unbundled into Pepkor.

Tekkie Town founder Braam van Huyssteen, private equity group Actis and other shareholders agreed to sell Tekkie Town to the acquisitive Steinhoff in 2016 for R3.2-billion. While Actis was paid in cash, Tekkie Town’s entrepreneurial team accepted payment in shares, roughly 25 million of them, valued at about R1.8-billion.

Now, Steinhoff has offered Van Huysteen and Co. a full and final settlement of €6-million, R116-million at today’s exchange rate.

Obviously, by accepting the offer, the Tekkie Town founders lose their rights to pursue outstanding litigation or claims against the company.

As do all other claimants. This includes the class-action case being run out of the Netherlands by BarentsKrans Attorneys, which is supported by SA institutions, including Allan Gray, Coronation, Denker, Eskom, Ninety One, Old Mutual and Truffle, among others.

Steinhoff has proposed that it pay about R16.5-billion to settle 90 separate claims against it. This is a fraction of the combined claims Steinhoff is facing in SA and Europe, estimated at about R136-billion.

The claims arose after the share price imploded in December 2017 amid allegations of massive fraud and share price manipulation.

Other claimants include Christo Wiese, whose claim of R59-billion is the largest, the Government Employees Pension Fund with a claim of R643-million and Pepkor’s management team, via a structure called Business Venture Investments (BVI) with a R2.9-billion claim.

Should they accept the offer, the GEPF will receive an estimated R38.8-million, BVI R643-million and Wiese about R9-billion.

However the road ahead is long and the Steinhoff board needs to secure agreement from claimants and creditors in South Africa, Europe and the US before the matter is resolved.

“Settlement of the outstanding litigation was identified as being the second step in our [turnaround] plan,” says Louis du Preez, Steinhoff CEO and member of the management board.

“Compensating shareholders who suffered losses in December 2017 has been one of our key objectives together with protecting the livelihoods of our employees and recovering value for creditors. The proposed settlement terms being announced today are the culmination of 12 months of intensive effort.”

However, the Tekkie Town team will not be a party to any of these settlement negotiations.

“We will not be accepting this offer,” says Bernard Mostert, former CEO of Tekkie Town. “We are not financially driven and are happy to see the court process out.”

The former Tekkie Town directors are suing Steinhoff for the return of the company, which they believe was sold to Steinhoff under false and misleading pretences.

While a trial date has not been set (thanks to the Covid-19 interruption), in 2019 the Cape High Court interdicted Steinhoff from selling Tekkie Town or dealing with the shares in Pepkor in any way that would prevent the possible return of the Tekkie Town business to Van Huyssteen & Co.

This means, too, that Steinhoff cannot lose control of Pepkor. It owns 68% of the shares in the firm, and just short of 50% of these have been offered as part of the settlement.

Mostert, for his part, is not optimistic about the chance of the offer succeeding.

“All the claimants have different agendas and the claims differ materially from one to the next. Some of these differentiating factors are timelines, the nature of the claims, whether you were on the inside or like ourselves on the outside before you contracted with Steinhoff,” he says.

He adds that the proposed partial payment in Pepkor shares at a premium of 46% (R15) to the current Pepkor share price is not attractive.

Time, as they say, will tell. BM/DM