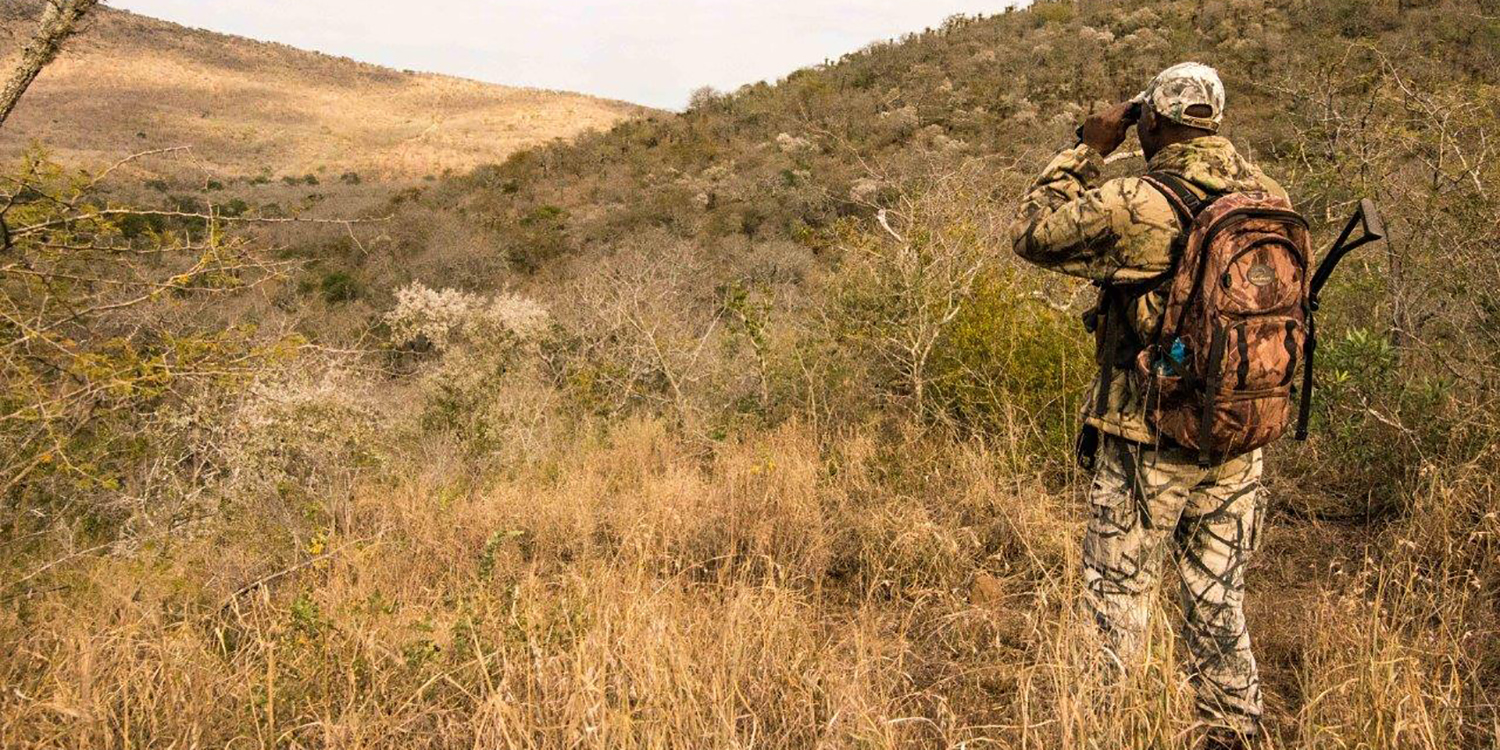 As post-Covid conservation budgets wither from the lack of tourism revenue, State and private parks will battle to pay for vital anti-poaching patrols and other conservation work. (Photo: Game Rangers Association of Africa)

Warning bells have been sounded that the current pandemic and its aftermath could undermine decades of conservation effort, with, for instance, 75% of the tourism income from wildlife safaris in Africa drying up overnight, and government budgets being cut and diverted.

Rather like teenagers gifted with magic credit cards, most governments and companies find it easier to raid rather than to replenish the Bank of Nature.

You need only glance at the criteria for measuring a nation’s Gross Domestic Product to appreciate that GDP accounting is closely akin to a calculator with no minus symbols.

But when the tropical forests have been felled, coal and gold hauled from the bowels of the Earth and clean water sources fouled or depleted… well, who presses the minus buttons?

And now that the Covid-19 wolf is howling at the door, will the global Nature Bank sink deeper into overdraft as governments focus attention more narrowly on economic and social recovery plans?

Writing in the latest issue of Parks, a journal of the International Union for the Conservation of Nature (IUCN), a group of 32 global conservation scientists and administrators suggest that now is the time to start repairing the strained relationship between humanity and the natural systems we depend upon.

“The current pandemic and its aftermath could undermine decades of conservation effort,” says lead author Prof Mark Hockings, a senior Australian academic and vice-chair of the IUCN’s World Commission on Protected Areas.

Conversely, the crisis could also provide an opportunity to turn around “the economic approach that has led to this situation”, says Hockings and a panel of co-authors that includes South African conservationists Dr Trevor Sandwith and Chris Galliers.

While the pandemic is undoubtedly a deep human tragedy, they suggest decision-makers are only just beginning to understand the full implications for humanity and our relationship with nature.

For example, to what extent has the development and transmission of Covid-19 and other zoonotic diseases such as Ebola, SARS, MERS, avian flu or HIV/Aids been enabled by the deteriorating relationship between humans and nature?

Wildlife is the source of more than 70% of emerging zoonotic emerging diseases, with the remainder coming from cattle and other livestock (zoonotic diseases are those that can spread from animals and insects to humans).

The IUCN scientists think it is inevitable that harmful pathogens will jump across the animal-human species barrier more frequently due to increasing destruction of wild habitat and the ensuing close contact between wildlife and humans.

Returning to calculators and money, they also quote recent estimates by the World Travel and Tourism Council that wildlife tourism generates nearly 22 million jobs globally and economic benefits worth as much as US$346-billion annually.

Other studies estimate that game reserves and other protected areas draw nearly eight billion visits a year, generating at least US$600-billion per year.

But bang! Over 75% of the tourism income from African wildlife safaris has dried up overnight, according to tour operators surveyed soon after the world went into lockdown earlier this year.

In Kenya, more than 600 Maasai families from the Mara Naboisho Conservancy have no income from tourism. In Rwanda, Uganda and the DRC, revenue from mountain gorilla parks has dried up.

Closer to home, they give the example of the tourism town of Hoedspruit coming to a virtual standstill following the closure of the Kruger National Park and adjoining private parks.

Knives also cut both ways. A study published in 2006 found that gorillas and chimpanzees are highly vulnerable to respiratory viruses and that up to 5 000 gorillas were killed by Ebola virus between 2002-2003. In the forests of Brazil, many thousands of non-human primates died from a more recent human-borne outbreak of yellow fever.

Hockings and his colleagues say early indications are that dozens of non-human primate species are susceptible to Covid – with a particularly high-risk for critically-endangered mountain gorillas habituated to regular human contact.

And, as tourism jobs dry up, starving people in rural communities are likely to switch back to bushmeat hunting, fishing and other free natural resources taken from the wild.

What happens when governments and companies seek to reduce expenditure because of the impacts of Covid? Who will pay the rangers? Hockings says rangers in State or private employ across the world are likely to be affected by sweeping budget cuts – either from expenditure constraints or cuts in staff numbers.

The IUCN says reports of increased poaching during lockdown have come from several nations, including a tenfold increase in illegal logging in Tunisia.

While there had been reports of a significant drop in rhino poaching in South Africa due to lockdown and travel curbs, more recent hard data on poaching trends were not widely available.

In Canada, operational budgets from environmental agencies had already been reallocated to pandemic response measures, while there were also moves to roll back environmental protection in nations as diverse as the United States, Kenya, Albania, Greece, Brazil, Malaysia and Canada to allow for further extractive ventures.

Back home, Environment, Forestry and Fisheries Minister Barbara Creecy confirmed last week that her department’s budget has been chopped by R766-million (a net budget loss of 8.6%) due to the national Covid-19 response plan.

To reduce the impact of these measures, the national department would cut back on advertorials, domestic and international travel, public meetings, stakeholder consultation and events as well as expenditure earmarked for Working for Water/Working on Fire projects.

By cutting back on now unachievable targets in these projects, Creecy said her department would be able to transfer R39-million to the Isimangaliso Wetland Park Authority and R961-million to Sanparks to soften the blow of lost tourist income during the pandemic.

Budgets initially earmarked for capital spending by Sanparks, isiMangaliso, SA Weather Services and SA National Biodiversity Institute had also been shifted to help prevent job losses and ensure the continuation of anti-poaching and ranger services, wildlife management and other services.

Nevertheless – even before the Covid funding crisis – State budgets for environmental protection have been whittled away steadily over the last two decades.

From around 1% of the national budget in the early 2000s, the percentage allocated to “environmental protection” had fallen to 0.7% in 2016, while the National Treasury projected earlier this year that this allocation would decline further to 0.5% in the 2022/23 budget cycle (and that was before Covid).

On a provincial basis, operational budgets for conservation agencies have also been pared down to the backbone – and Covid is likely to strip away more flesh.

Ezemvelo KwaZulu-Natal Wildlife has confirmed that it is facing a financial year-end shortfall of close to R210-million because of lost income from tourism and other allied streams.

Commenting on the likely implications of revenue losses, spokesman Musa Mntambo said the agency would be forced to stop or to limit certain conservation work.

This could include cutting back helicopter flying hours by 50%, which would impact on rhino anti-poaching patrols. Further limits on mileage and overtime could also impact on critical conservation related activities.

Poorly-maintained fences around the flagship Hluhluwe-iMfolozi Reserve have resulted in several lions escaping and killing livestock over the last year and further budget cuts across the province are likely to strain relationships with surrounding communities further.

Sources believe there will be a major cutback in the number of field rangers at several smaller reserves, including the Karkloof Nature Reserve north of Pietermaritzburg.

This spectre of an increasing number of abandoned “paper parks” is precisely the outcome that Hockings and his IUCN colleagues hope to avoid.

Rather than reverting to the pre-Covid status quo or allowing dramatic declines in nature conservation support, the IUCN believes there is a need for a major rescue scheme similar to emergency funding for airlines, small businesses and other sectors.

“During and after this pandemic, national and regional governments should refrain from postponing, weakening or terminating environmental laws, regulations and initiatives,” says the global nature union.

The recovery package should recognise that protected areas have been chronically underfunded and that the world needs more of these areas, with better levels of management rather than merely returning to pre-pandemic conditions.

Wildlife tourism entrepreneur Brett Gehren says he would be content for now if government would merely allow domestic leisure tourism to resume.

In a desperate Facebook post earlier this month (July 15) the Isibindi Africa Lodges CEO wrote an open letter to President Ramaphosa urging him to help save the tourism industry and conservation areas.

“We cannot stand by any longer. We need to speak out… “ says Gehren, “We have the largest tourism economy in Africa, a few hundred billion rand.  Ten percent of all people employed in this country are employed in tourism.

“The callousness you have shown to our industry and its employees is staggering. This huge industry, which was to be our country’s honeypot, with mining and construction tanking in recent years, has been broken in half. Please reconsider the plight of our tourism sector. If intra-provincial tourism was allowed now it would help keep the industry partially intact. This would provide much needed salaries and a starting platform for when provincial and international borders open and South Africa can stand proud, once again, as a world-class destination.”

The full Parks article can be accessed here. DM