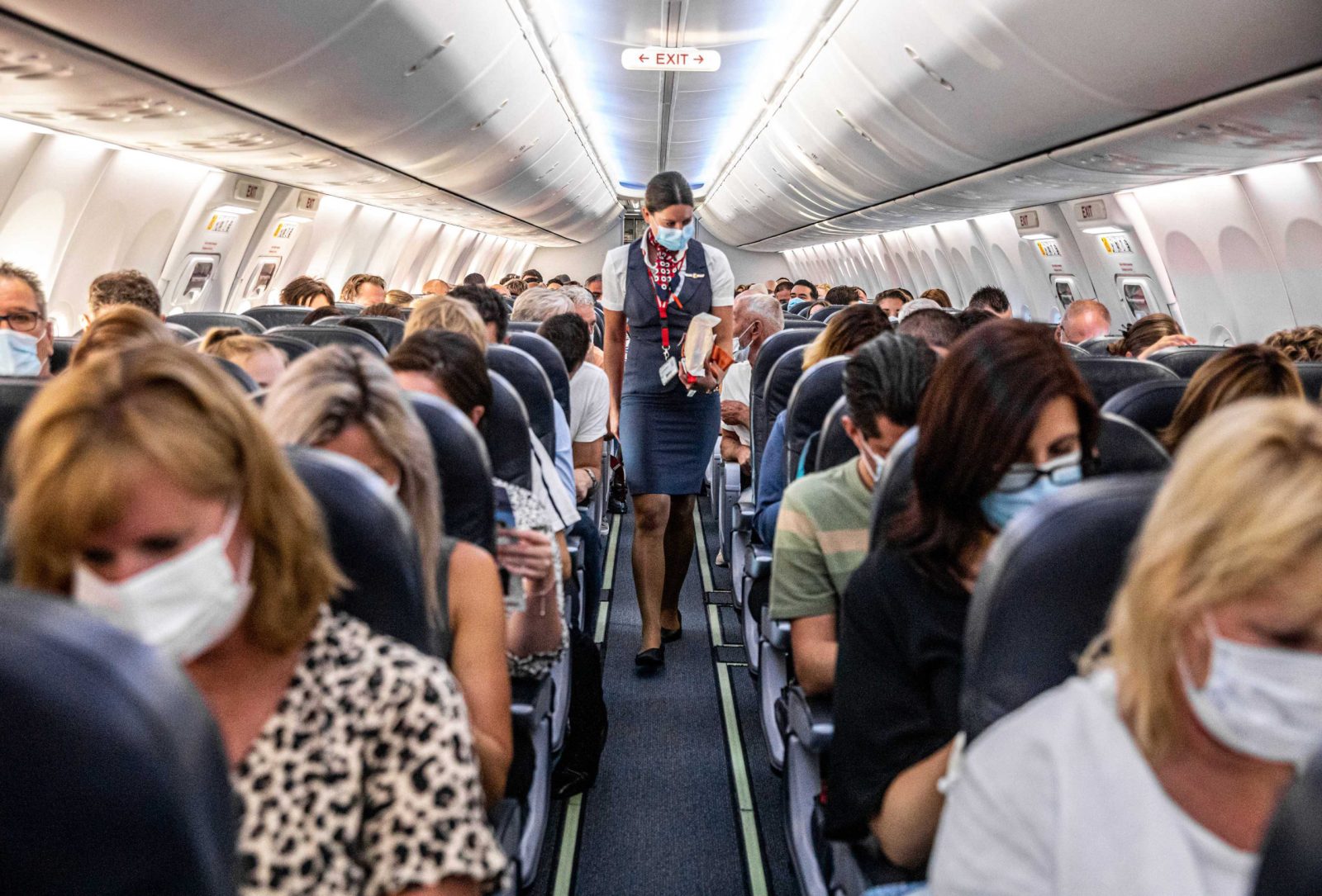 epa08510310 Passengers and a flight attendant with face masks sit in a Corendon Dutch Airlines plane bound for Burgas in Bulgaria, departing from Schiphol Airport, near Amsterdam, The Netherlands, 26 June 2020. It is the first flight of the Turkish budget airline Corendon's Dutch sister company to a foreign destination since traffic was halted by the COVID-19 disease outbreak caused by the SARS-CoV-2 coronavirus. EPA-EFE/JEFFREY GROENEWEG

GENEVA, July 27 (Reuters) - Bans on international travel cannot stay in place indefinitely, and countries are going to have to do more to reduce the spread of the novel coronavirus within their borders, the World Health Organization said on Monday.

A surge of infections has prompted countries to reimpose some travel restrictions in recent days, with Britain throwing the reopening of Europe’s tourism industry into disarray by ordering a quarantine on travellers returning from Spain.

Only with strict adherence to health measures, from wearing masks to avoiding crowds, would the world manage to beat the COVID-19 pandemic, the World Health Organization’s director general, Tedros Adhanom Ghebreyesus, said at a virtual news briefing in Geneva.

“Where these measures are followed, cases go down. Where they are not, cases go up,” he said, praising Canada, China, Germany and South Korea for controlling outbreaks.

WHO emergencies programme head Mike Ryan said it was impossible for countries to keep borders shut for the foreseeable future.

“…It is going to be almost impossible for individual countries to keep their borders shut for the foreseeable future. Economies have to open up, people have to work, trade has to resume,” he said.

“What is clear is pressure on the virus pushes the numbers down. Release that pressure and cases creep back up.”

Ryan said Spain’s current situation was nowhere near as bad as it had been at the pandemic’s peak there, and he expected clusters to be brought under control, though it would take days or weeks to discern the disease’s future pattern.

“The more we understand the disease, the more we have a microscope on the virus, the more precise we can be in surgically removing it from our communities,” he added. (Reporting by Stephanie Nebehay, Emma Farge, Michael Shields Writing by Andrew Cawthorne Editing by Peter Graff)