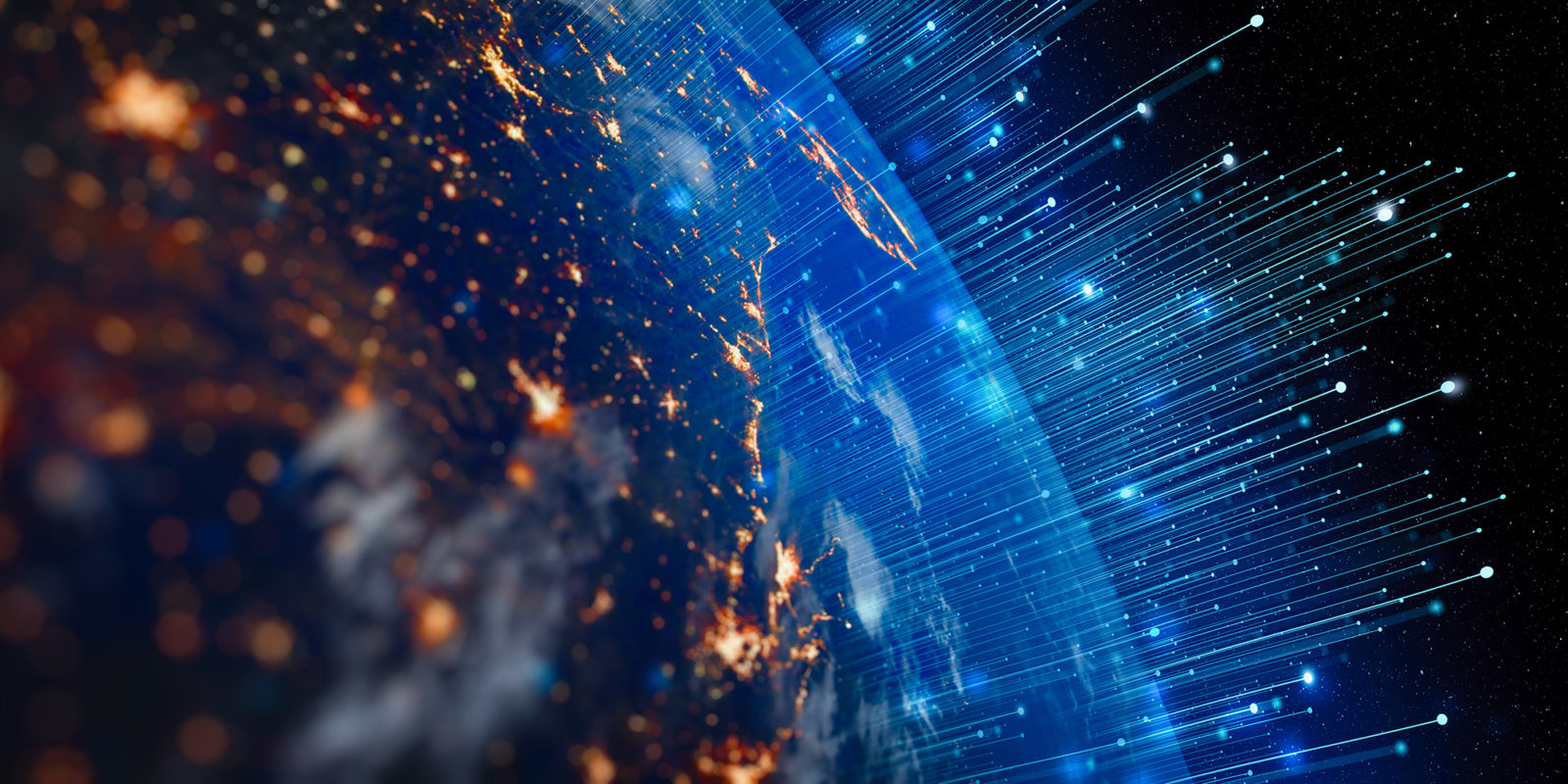 The US physicist J Robert Oppenheimer, sometimes credited as the ‘father’ of the atomic bomb, said of the challenges and changes of that age that ‘the world alters as we walk in it’. He might well have been speaking of the world after Covid-19.

The pandemic, and effects of the ensuing lockdown have disrupted the global economy, accelerated developments, amplified contradictions and challenges, and forced rapid adaptation. These events might encourage longer-term improvements to the way the world works. This will depend on the way states respond.

There is reason to believe that demand consumption will speed a return to normal economic activity, sooner rather than later. After all, people remain sociable creatures, with appetites and needs. But there are some forces driving a different economy to that pre-Covid.

The past three months have seen remarkable and rapid changes, not least to the role of technology, driving a digital transformation which has leapfrogged 10 normal years. That comes, however, with costs and trade-offs, not least to jobs – or at least the way in going about work, and the contrasting abilities of some to access this new world. Data is no longer a luxury, but a lifeline, the new oil of commerce.

As we are drawn closer through digital integration, we are increasingly fragmented, both in terms of patterns of work and access to each other and to opportunity. Connectivity is not uniform; 3.5 billion people worldwide and three-quarters of Africans lack internet access.

It’s a quick solution for some. But it denotes the difference between an online future and a digital handicap.

Already, US President Donald Trump has spoken of the forthcoming November event as “the most corrupt election in the history of our country,” presumably opening the way to a legal challenge.

The role of connectivity has built on and accelerated existing trends. The combination of the pace of digital communications and the spread of sources has wrought other challenges, as flows have outstripped the capabilities of traditional filters and fact-checkers. This has contributed to sowing confusion, reducing faith in information and governments. And it has disintermediated politicians, no longer having to be reported, but now capable of reaching the public directly.

Information, misinformation and disinformation is a tool in a war such as Covid-19, where narratives can be quickly shaped and simultaneously transmitted for narrow ends. Speaking truth to power has never been a popularity contest, but an essential check and balance on political authority. That has been altered by the digital transformation.

In an environment where the checkers of facts are themselves under financial pressure, their business models having been eroded by the internet and decline in advertising, there is a risk of centralisation of sources, a shrinkage in regional reportage, and the creation of a reporting habit where rhetoric and opinion eats news for breakfast.

Connectivity is, of course, more than just information, but an artery for contemporary commerce. It is also only one aspect of the previously obvious and now yawning gap between developed and developing economies. Another concerns the fiscal and monetary resources these two worlds have available to buffer the crisis. Whereas $11-trillion has been committed globally to stimulus packages, the African share is under 0.3%.

Access to connectivity hints at one heightened global tension. There are others. Systems of regulation and ownership of information have yet to match the reality of the flow of data. Questions of privacy, security and vested commercial interest are at the heart of this, at least in the West. Covid-19 has brought new business opportunities, but also new risks, including protection of healthcare information, institutions and science, where the ability to mitigate risk has not always kept pace with the speed of change. And the security imperative has to be balanced against the temptation of surveillance capitalism and technical hubris.

There are other tensions. The UK’s decision in July to opt out of the network deal with Huawei on security grounds poses the question, too, of whether we could see the start of a dual system of tech preferences between East and West, the distinction between a Google and a Baidu world, for example.

Can, and should, the world run on different digital systems, and at what costs?

The role of digital inevitably raises the role of outsiders in domestic politics, specifically in democratic elections, and particularly in the United States. What is unclear is how Iranian, Chinese and Russian hackers, among others, will target people and systems; whether this will be through indirect influence operations or more direct digital manipulation. What is more certain is that they will do so. Already, US President Donald Trump has spoken of the forthcoming November event as “the most corrupt election in the history of our country,” presumably opening the way to a legal challenge.

This environment would seem to favour closing down the internet in the style of China’s Great Firewall, of preferring liberalism over globalism, another nascent tension.

But liberal societies demand and thrive on open contests.

All of this is going on while other more prosaic security differences have continued to develop during the pandemic, centering around China and its role in the South China Sea, the clash with India, and the imposition of new security law in Hong Kong. There are others, including North Korea cutting off communications with the South, the unexplained explosion at an Iranian nuclear facility at Natanz on 2 July, and the collapse of the oil price and the consequences for regime stability among some suppliers.

The world has not stood still while the pandemic has taken hold. It is also likely that China, among others, would have noted exactly Western vulnerabilities to the spread of a virus such as Covid-19, no matter the origins of the current pandemic.

None of this is helped by the US disengagement from the international system, and its increasingly political dispensability as a consequence.

Washington’s withdrawal from the Trans-Pacific Partnership trade agreement at the start of Trump’s term has been followed by opting out of the Paris Agreement on the climate, the 1987 INF nuclear arms control treaty, the Iran nuclear deal, the Human Rights Council in the UN, the protocol to the Vienna Convention on diplomatic relations, the Open Skies surveillance treaty, Unesco, the UN’s Palestinian relief agency and most recently the World Health Organisation, among other treaties, institutions and agreements that the United States once helped to establish.

No matter how imperfect these arrangements are, and the frustrations in dealing with them which transcends Trump’s term in office, no viable alternative apparently exists. Instead, this has created a power vacuum waiting to be filled by others. Yet, the US remains the largest economy in the world, and the pre-eminent military and tech enabler. The raw power of US-based tech platforms is now on full display.

And for all of its many critics, the US also remains vital to the democratic world as an example as to how to organise government and ensure accountability. (At another level, this situation raises questions about the strategy of external critics in contributing to this situation.)

After the war, J Robert Oppenheimer used his position as chairman of the General Advisory Committee of the US Atomic Energy Commission to lobby for international control of nuclear power. He was stripped of his security clearance amid McCarthyism in 1954, and with it his political influence. Speaking truth to power was then, as now, a difficult road.

But more than ever, foreign policy reflects the scale and rhetorical ferocity of political division within the United States itself.

As Abraham Lincoln famously put it, on 16 June 1858, at what was then the Illinois State Capitol, “A house divided against itself, cannot stand.”

In the face of the pandemic, its foreign policy misadventures in the 2000s, the now highest domestic unemployment rate since 1933, simmering racial tensions, and the schisms between the great coastal markets and mid-America, and between urban and rural communities, the US has abdicated its global role. But this also reflects a difference in outlook between the foreign and business elites and a chunk of the citizenry, the general bemusement and unhappiness of the former at this retreat into isolation revealing a disconnect with domestic politics.

The US retreat from agreements and multilateralism reflects in the approach to dealing with Covid-19, as a national issue rather than a shared, global challenge.

This has resonance in a wider discussion about the extent to which a recovery is pinned on what the state provides, and the market, and the inherent tension between control on the one hand and the inter-relationship between liberty, growth, dynamism, innovation, and openness on the other. This boils down to how to ensure security, not just physical and territorial but also in terms of health, privacy, the environment and pensions. And at its core is the question: How can we optimise the role of people in the economy?

The stresses produced have surfaced today in the Black Lives Matter movement, one indication perhaps of the growing political mobilisation among younger people. But they may conceivably take different forms in the future, perhaps an anti-wealth agenda, along with a debate about what constitutes fairness, and what sort of security states should best provide and how. At least one might expect greater scrutiny of business and profits, and anticipate a greater debate about inequality, and the role of governments in regulating fairness.

After the war, J Robert Oppenheimer used his position as chairman of the General Advisory Committee of the US Atomic Energy Commission to lobby for international control of nuclear power. He was stripped of his security clearance amid McCarthyism in 1954, and with it his political influence. Speaking truth to power was then, as now, a difficult road.

His speech at Columbia University’s bicentennial the same year explored the paths which connect the different “villages” in which we pursue work in art and science. He argued for the cultivation of these intimate paths, as an antidote to the superhighways of the mass media which create around us “a great, open, windy world”.

Oppenheimer might have been speaking of the importance of relationships, compacts and collaboration in the contemporary world.

Those societies which have done better, so far, in managing the crisis, are those which are characterised by high degrees of trust, between citizens, business and government, which reflects in standards of governance. Social cohesion is intrinsic to sustainable growth, but is as much an input as an output. And there needs to be a shared purpose to make things work in systems that are structured not just for profit, but to tackle problems. DM

Greg Mills is director of The Brenthurst Foundation. This is the first part of a two-part series based on the discussion paper, South Africa’s Greatest Economic Adversary… Itself – Finding Common Ground for Growth.