How to respond to Cape Town’s surge in land occupatio...

How to respond to Cape Town’s surge in land occupations 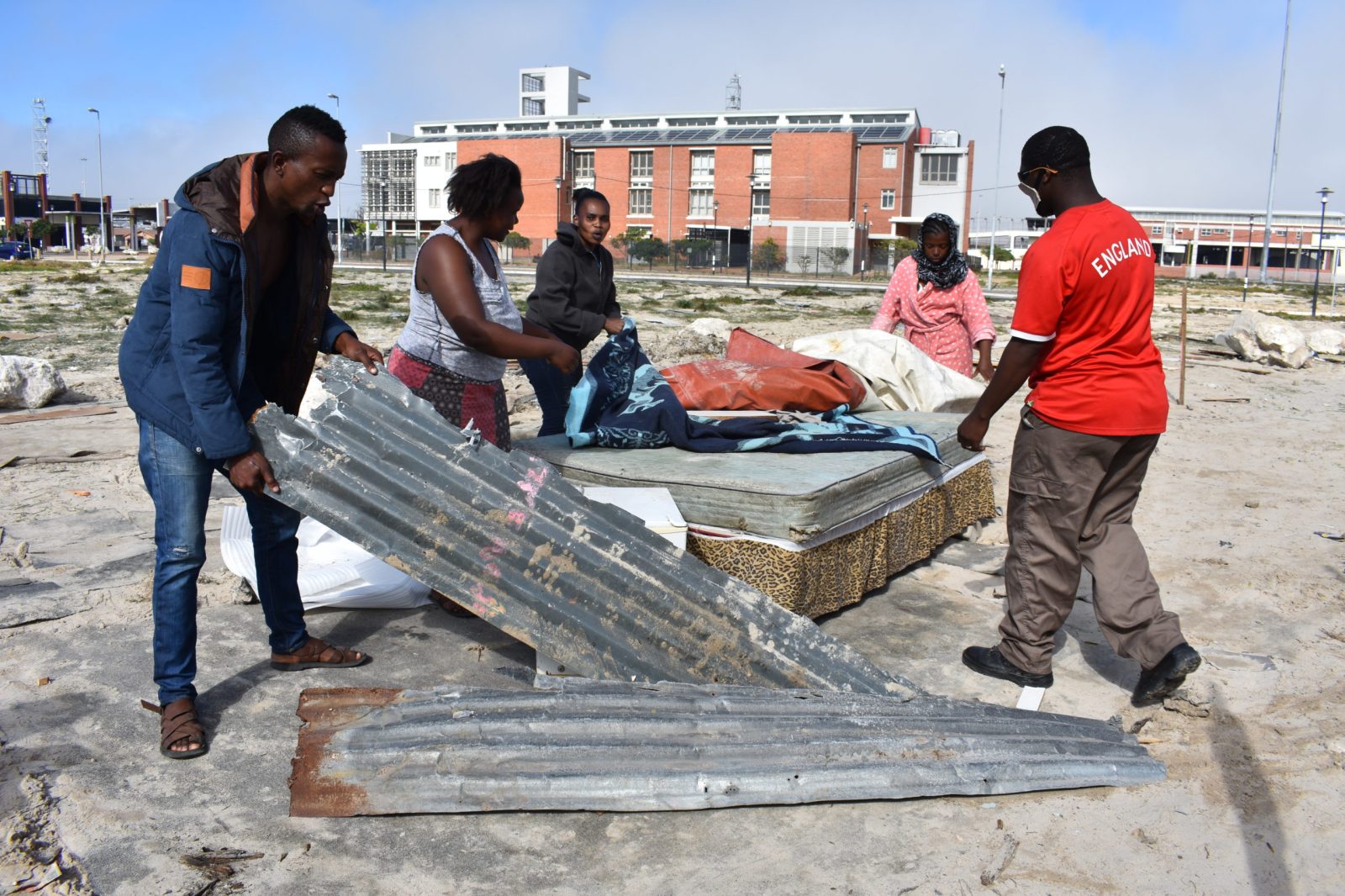 Illegal land occupations in Cape Town have become more frequent in recent years. Adi Kumar suggests how to deal with the housing crisis that gives rise to these occupations. (Archive photo: Buziwe Nocuze)

Cape Town has its hands full with land occupations. Here are seven proposals for dealing with the matter.

Fiery commentary from the national Minister of Human Settlements, Mayco Member for Human Settlements and Mayor emphasises the need to protect public and private land. All state that lawlessness is not to be tolerated.

The spheres of government have also systematically blamed each other for the failures. The national minister claims that the City of Cape Town is unable to protect land or the rights of the evictees. The City blames national legislation, the national department and the courts for failing to address occupations.

The Prevention of Illegal Evictions Act is clear in its protection of citizen rights and obligations of the state. Undoubtedly, land invasions complicate and derail development planning and implementation. Land availability is finite and if land earmarked for housing development gets occupied, it has a staggering impact on any structured housing programme.

It is also clear that each municipality including the City of Cape Town, spends significant money protecting land parcels from occupations and fighting battles in court. Recently many parcels of occupied land have been provided with a basic level of services, potentially at the cost of servicing other areas.

Given the history of the country it is unlikely that land occupations will cease or that government will be completely in control of housing development. Instead, rather than the yearning for control and stability, we need to embrace this complex situation. And use the occupations to rethink our approach to addressing the country’s housing crisis.

So why are land occupations happening?

No occupations are straightforward. Citizens and households put themselves at serious risk when they invade a piece of land. Most households that occupy are aware of the contestation and violence that will ensue, including from anti-land invasion units. They also realise they will lack basic services and have little safety.

In the 1990s and 2000s land invasions were well orchestrated and organised. They often included layout plans and allocations for households. Current land occupations are different. Also, the Covid-19 pandemic is bringing to light the gaps and cracks in the housing market.

As government has focused on subsidised house-building projects, citizens have been building their homes within informal settlements and backyards. This housing market is not random or disorganised but rather managed under informal rules that are best understood by those that experience them. Especially, with the pandemic, these informal rules have led to practices that have rendered people homeless.

For example, when landlords illegally evict their tenants, there is no other option for the evicted but to occupy a piece of land, despite the risks. With the sudden loss of income many citizens in informal settlements and backyards are facing this reality, and have little protection from government. This is coupled with the fact that housing and any opportunities related to it are deeply politicized. Given this context, we need political leadership and not squabbling and point-scoring between political parties.

So what can be done to address land occupations?

First and foremost, especially during the Covid-19 pandemic, greater protection is needed for tenants and landlords. The loss of income has to be addressed through some form of financial support package coupled with extensive media message against illegal evictions. Without proper support for tenants (particularly backyarders) against evictions and landlords against income loss, the situation is only going to get worse. This includes making institutions like Rental Housing Tribunals take greater responsibility for protecting tenants and landlords.

Second, the upgrading of informal settlements (introduced as a programme in 2004) needs to be expedited. This programme provides tenure security for citizens. It also is an ongoing city-wide response to informal settlements rather than the piecemeal housing projects every few years. But despite best intentions, it still takes over a decade to upgrade an informal settlement, and that too with none of the originally planned outcomes.

Key settlements identified in Cape Town included Hangberg (Hout Bay), Enkanini (Khayelitsha) and many others, but they haven’t been formally upgraded even after a decade. This programme’s success is critical for managing occupations. The impediments to delivering this programme need to be removed urgently, even through legislation if necessary.

Third, the delivery of basic services needs to be addressed. Every informal settlement and backyard dwelling needs electricity, water and sanitation.

Fourth, the blame games between different spheres of government results in mixed messages and confusion. The Constitution and legislation are clear, and the political messaging has to be consistent with that. We have to stop speaking down to citizens, but rather build relationships with them. The development model needs to move beyond “government as the delivery agent” to relationships that build people’s agency and choices.

Fifth, government must expedite the release of the land it owns for housing development. From large military owned parcels to social housing sites in Cape Town, it has taken decades to transfer land between spheres of government. The release of land needs publicly available delivery timeframes.

Sixth, we have to accept that urbanisation is not going away any time soon. The metros, including Cape Town, will continue to experience high migration, particularly in the aftermath of the pandemic. We need to plan for this. Managed land settlements need to be established, that can provide alternative housing opportunities for people coming to the city. This could for example be in the form of low-income rental options, both public and well-regulated private. This is linked to the release of large tracts of state owned land mentioned above.

Seventh and finally, we have to end collective punishment. Some of the occupations are politically motivated and opportunistic, and any violence against City of Cape Town services has to be condemned. But this cannot be the basis of collective punishment for those that are genuinely homeless and landless.

No amount of law enforcement or policing will stem land occupations. Ultimately, there is no other choice or solution; we have to systematically address the housing crisis. And it will need new forms of relationships, participation, transparency and trust in order to do so. DM

Kumar is the Executive Director of Development Action Group.