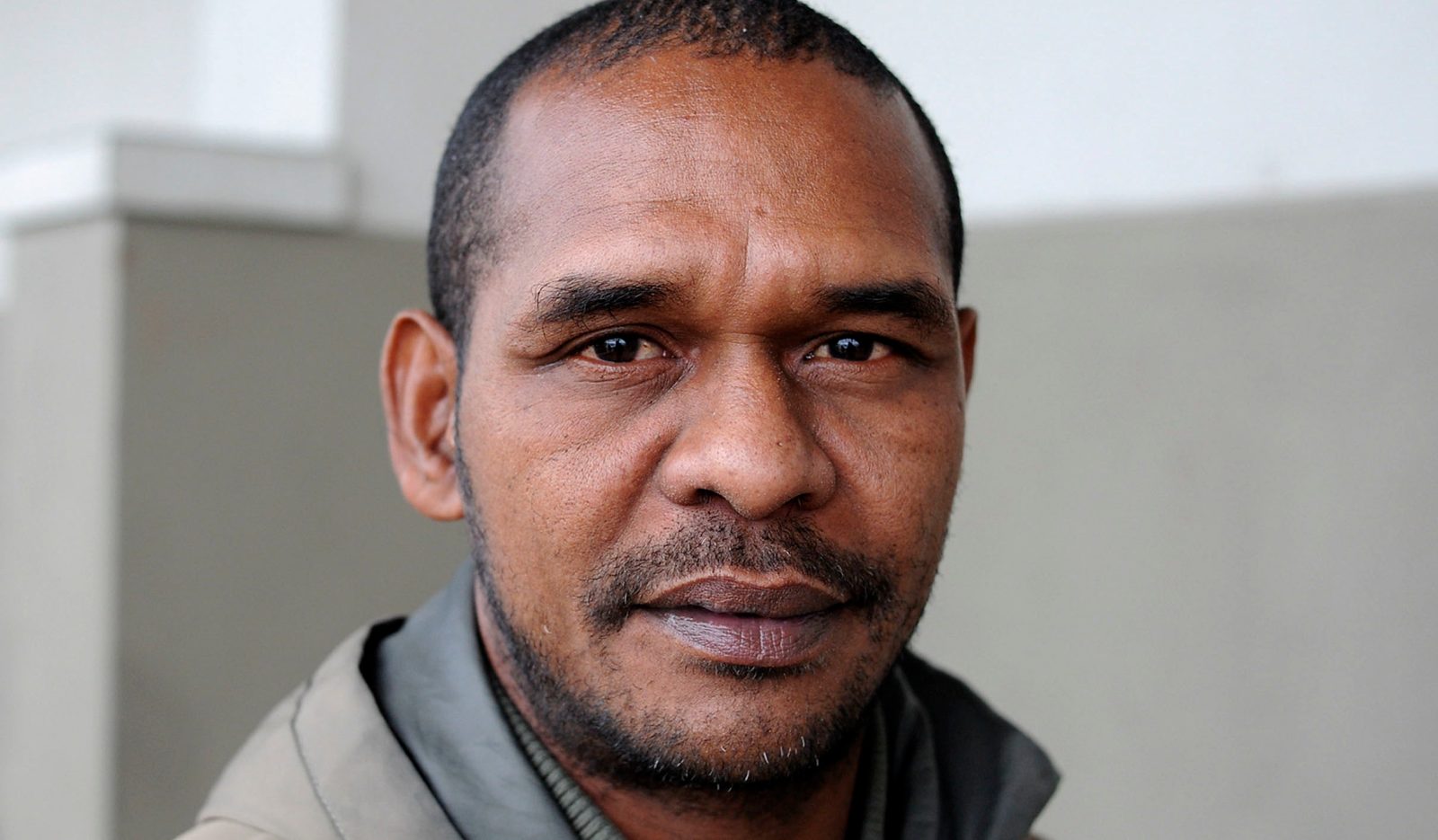 He told supporters that the action was ‘a declaration of war, a peaceful war’ and that there would be ‘no stoning, no looting and petrol bombing’ during the action.

The founder of the Gatvol Captonian movement, Fadiel Adams, has vowed to go ahead with a planned “shutdown” of the Cape Town Metro on Monday 27 July.

Adams has claimed that he has been monitored by intelligence services and that homes had been photographed but that these “scare tactics” would not deter the planned protest.

On Sunday 26 July Adams claimed most areas in the region were ready to shut down while others were in the process of making last-minute preparations.

The movement was, he said, protesting the “lack of opportunities for coloured people, victimisation of teachers, homelessness, coloured marginalisation, economic poverty and the lack of ANC political will to combat gangsterism and drugs”.

“We are also shutting down because we don’t want JP Smith to be our Mayoral Committee Member for Safety and Security. Smith should have been fired after what he did in Hout Bay,” said Adams.

He told supporters that the action was “a declaration of war, a peaceful war” and that there would be “no stoning, no looting and petrol bombing” during the action.

Anyone breaking the law, he added, would be handed to law enforcement. He warned supporters that agents provocateurs would be planted in their midst and that these individuals “will throw one brick that will ignite a riot”.

“We are not going to allow them to hijack this. Our cause is noble and our means are peaceful. What we are saying to the state is to treat us like they treat the protesters in Siqalo and Khayelitsha.”

On Sunday, JP Smith said that the City respected the right of citizens to protest on condition that those protests were non-violent, peaceful and respectful of the rights of others to access public spaces and public roads.

Over the last weeks, the resources of the City and the South African Police Service has been stretched when dealing with violent protests in Khayelitsha, Delft, Wesbank and Kraaifontein. A total of 30 arrests have been made.

“Redirecting policing resources to the intended protest will have the outcome of distracting police from dealing with problems with gang violence and the current spate of land invasions, which may therefore lead to more unlawful occupation of land,” said Smith.

On Sunday, the R300 was closed after protesters barricaded the road with burning tyres. The road was reopened after police restored the situation and pushed back advancing protesters.

In Kraaifontein, police used rubber bullets and stun grenades to disperse a crowd protesting about housing.

Demonstrators also pulled down a large vibracrete fence. Police said no arrests were made but they would remain in the area until calm has been restored. On Saturday a Shoprite truck was petrol-bombed on Old Faure Road in Eerste River.

“This invariably affects the poorest and most vulnerable communities and destroys infrastructure for which they benefit or on which they depend,” Smith added.

Incidents of public violence or other unlawful acts can be reported to the City’s emergency communications centre on 021-480-7700. DM/MC