Charting a healthier way forward for alcohol in SA, now and into the future 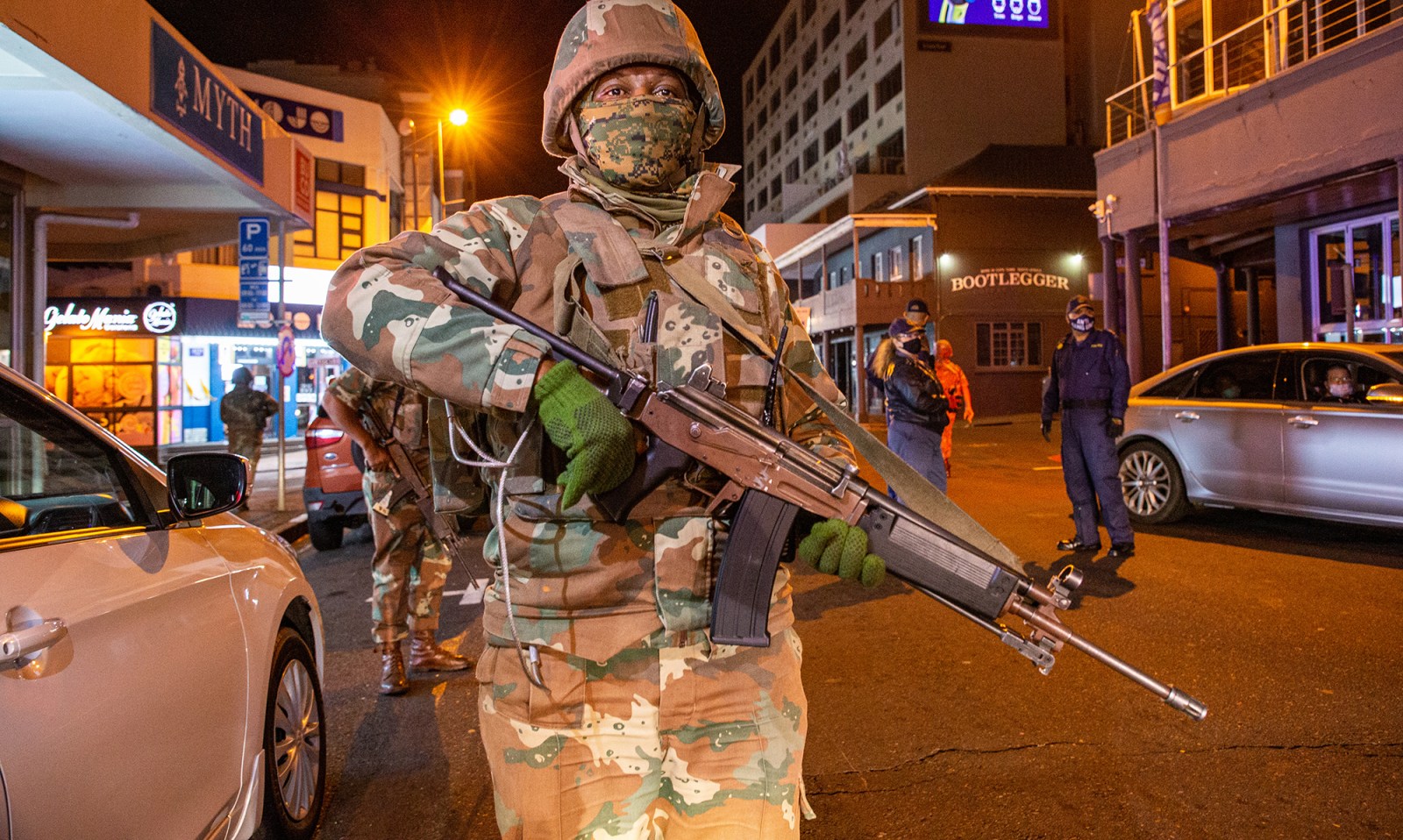 So, what is needed in the short term to get liquor sales unbanned while ensuring a better regulatory environment for alcohol to minimise the negative health and social consequences with which we are all so familiar? We believe the options set out below should be given serious consideration.

South Africa, faced with a surge of Covid-19 infections in many of its provinces after the Level 4 and 5 hard lockdowns, was struggling to ensure hospital beds were available to deal with infected people who required hospital care and the country needed an urgent intervention.

During the Level 5 lockdown, mortality from unnatural deaths and alcohol-related trauma presentations and admissions to hospitals were down, especially in Level 5. In Level 3 of the lockdown, which saw an opening up of movement and an end to the ban on liquor sales, there was a reversal of this trend. The quickest way to relieve the pressure on beds in South Africa during the Covid-19 surge was to impose a second temporary ban on liquor sales and institute a 9pm to 4am curfew.

There has been a range of differing opinions on the government’s decision on 12 July 2020 to implement a temporary ban on liquor sales in South Africa in an effort to free up hospital beds. There are people in communities who have voiced their gratitude at having liquor outlets near them shut down so they can again enjoy some peace and quiet, and there are the voices of doctors and nurses who are pleased to have less alcohol-fueled trauma cases presenting at their casualty wards.

We have also heard the opinion of industry, that they were not consulted or informed beforehand as well as complaints from consumers who were caught ill-prepared. Most recently, the plight of people in the restaurant trade has been highlighted. Many restaurants are struggling to make ends meet, because alcohol makes up a large proportion of their income. Liquor trade forums, wine and spirits producers, and even multi-national beer manufacturers have also voiced their discontent, some initiating or threatening to initiate legal action against the government.

Many people disagreeing with the decision to use this strategy to free up hospital beds have been spending considerable energy trying to dissect the reasoning that went into the government’s decision to reimpose a temporary ban on liquor sales, including the modelling on savings in trauma beds that sought to show what might be achieved through the imposition of a sales ban or tighter restrictions on alcohol availability, marketing, etc.

Currently, the sales ban and curfew have been in place for two weeks and we believe that it is critical to define a new normal once these restrictions have been lifted. In the medium- to long-term, South Africa has to implement strategies to create a safe drinking environment in the country without having to resort to a ban on liquor sales.

One indicator of the burden from alcohol faced by South Africa is that there are between 29,000 and 62,000 deaths per year, depending on which method is used. The updated burden of disease estimates to be released later in 2020 suggest that it is likely to be towards the upper end of this continuum. The amount of people dying from alcohol-related injuries is clearly way too high and needs to be addressed urgently. In particular, we need to decrease the extremely high levels of absolute alcohol consumed per drinker per year in South Africa and also the high rates of heavy episodic drinking, which are major drivers of alcohol-related mortality and morbidity.

What are the drivers of our binge-drinking culture? No doubt, it is partly rooted in the past, a legacy of factors such as the migrant labour system experienced by many families, the “dop” system practiced on farms, especially in wine-growing areas, and the 60-year ban on the sale of commercially-produced alcohol to black South Africans.

But there are also many contemporary reasons for excessive drinking. Poverty, depression and hopelessness coupled with a lack of social, and recreational opportunities in many communities (apart from shebeens and taverns), drive a culture of drinking. The availability of alcohol in inner-city areas which allow trading in liquor till 4am also creates an environment of “alcohol on tap”.

Upstream drivers include a weak regulatory environment, that is, inadequate legislation and regulations, poor enforcement thereof, or both, especially in areas such as the enforcement of drink driving regulations, underage drinking, illegal brewing and selling of alcohol without a licence. Much of the alcohol sold in South Africa comes from unregulated outlets, many of which operate out of peoples’ homes where hours are very flexible and where there is substantial exposure of liquor to underage youth.

Alcohol is associated with glamour and success

Advertising is only (and barely) regulated by the liquor and communications industries, and there is widespread exposure of alcohol messaging to underage youth through sports sponsorships, billboards and external marketing on the outside of liquor outlets near schools and elsewhere.

Alcohol is promoted as a lifestyle choice and is associated with success, glamour and social acceptance. Alcohol is very cheap in South Africa, with much sold for between R4 and R6 per standard drink of 12g (or 15ml) of pure alcohol. It is often sold in above-average size containers in restaurants or from alcohol outlets (e.g. 750ml and 1-litre beers and 2-litre, 3-litre and 5-litre wine containers). This brings down the price per unit and increases the risk of heavy drinking. Finally, treatment options for people seeking help are minimal, especially outside of urban centres.

So, what is needed in the short term to get liquor sales unbanned while, at the same time, ensuring a better regulatory environment for alcohol to minimise the negative health and social consequences with which we are all so familiar? We believe the options set out below should be given serious consideration at this time and steps should be taken to do the preparatory work needed to move forward with implementing them from the moment the current temporary sales ban is lifted.

When the sale of alcohol is once again permitted, we propose a 10-point plan:

In the medium term (three to six months), there could be a relaxation of some of these measures, e.g. around the hours and days of sale and the limits on maximum allowable quantities for purchase or transportation without a permit, but not around container sizes, BAC levels, marketing restrictions, home deliveries and checking of IDs.

Within this time, the government should require the alcohol industry to develop a system to track alcohol products back to the source of sale and manufacture to prevent selling by unlicensed outlets. Such a point-of-production to point-of-sale tracking system contributed significantly to the recently-reported 43% drop in alcohol consumption in Russia. The suggested designation of alcohol-related trauma as a notifiable condition and the proposed tracking system must be permanent features of future alcohol harm management.

In the longer-term (6 to 18 months), additional strategies to those set in place in the medium term need to be set in place to better regulate alcohol, including instituting controls on the digital marketing of alcohol products and intensifying the availability throughout the country of counselling and medically-assisted treatment for persons struggling with dependence.

Addressing the cheap price of alcohol in South Africa also needs to be a focus of attention and should be addressed by rationalising the excise tax treatment of all alcohol products to ensure more equal taxation in terms of alcohol content, raising excise tax rates to bring them more in line with those of the early 1970s, and introducing minimum unit pricing (MUP) controls, possibly in the order of R8 to R10 per standard unit of alcohol (defined above).

The latter has proved very effective in Scotland and parts of Canada. During this time, there needs to be a roll-out of improved labelling of alcohol products to include, among other things, listing of the standard drinks contained in the container, listing of the caloric content and better warnings against drinking during pregnancy. The current visibility of labels is inadequate and needs to be substantially improved.

Longer-term strategies for consideration also include raising the drinking and purchase age for alcohol to 19, or even 21 years. Viable socially-beneficial income generation opportunities are urgently needed for those opting to sell alcohol, especially those running home-based shebeens, in the absence of other alternative ways of making a living. This will improve the quality of life in residential neighbourhoods and help to reduce alcohol availability and associated harms.

We would also like to emphasise the importance of regulating the sale and consumption of alcohol, and in consultation with the public health sector and civil society, to highlight the impact of alcohol on the lives of our citizens. Due to conflicts of interest, the alcohol industry should not be a party to devising strategies with government but should be encouraged to make independent inputs for consideration by the government, and to comment on any strategies that are put on the table before they are implemented.

The Covid-19 pandemic has, as never before, foregrounded the challenges South Africa faces with respect to alcohol-related harm. History will judge us harshly if we fail to take advantage of this once-in-a-life-time opportunity. 2020 is providing an opportunity in which government is encouraged to institute and implement policies that promote public health, safety and wellbeing, unequivocally putting people before profits. DM

Aadielah Maker and Maurice Smithers are with the Southern African Alcohol Policy Alliance in South Africa.