Brutal School Ties: ‘Everyone is just looking at me like I’m a piece of meat’ 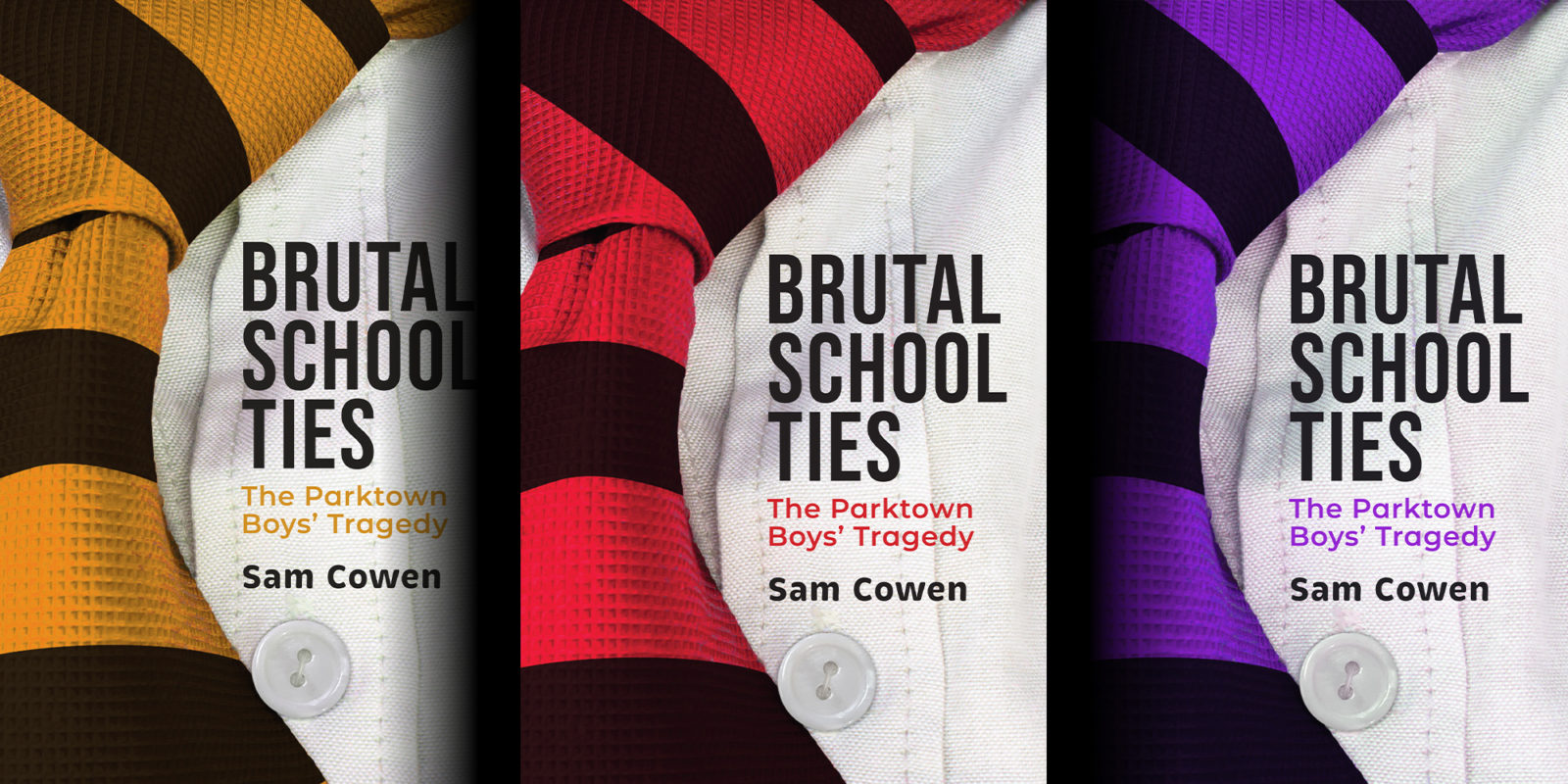 In September 2018, Collan Rex, the former water polo coach at Parktown Boys High School, found guilty of 144 charges of sexual assault and 14 of assault, was sentenced to 23 years in prison. It was one year longer than he’d been alive. This is an extract from Sam Cowen’s book that examines the trail of destruction that the abuse left behind and how a code of silence allowed it to continue for so long.

The second visit to see Collan [Rex] nearly didn’t happen. I had to travel for four hours back up to the prison to drop off the interviews we’d done together and the chapter on him, so that he could read it and be sure I hadn’t made any factual errors.

I didn’t trust the postal system, and I couldn’t leave it much longer – my deadline was only a week away. Jolene had a church function on the Saturday so I offered to take her with me on the Sunday. She hadn’t had another chance to see him since our last visit.

I set my alarm again for 2.45am. Then Jolene texted me. “You know Limpopo is on lockdown?” she asked. “Limpopo is not on lockdown – only the place where they are keeping the people who came back from Wuhan.”

About 130 South Africans had been trapped in the town of Wuhan, at the epicentre of the coronavirus pandemic. Covid-19 was, by early March 2020, sweeping the world and South Africa had about 34 confirmed cases, the “Wuhan South Africans” bunkered down at a resort called The Ranch.

“Limpopo doesn’t have a single recorded case,” I said. “So I’m going.”

“I know, I’m just scared.” She seemed so young and in need of reassurance.

“We will sanitise all the way there and back, take minimal bathroom breaks and keep all stops very short.”

Jolene had straightened her hair this time – there would be no repeat of last time’s feud over hair clips.

“I’ll put my face on later,” she said, clambering into the car in fluffy slippers. She caught me looking and gave me a brilliant smile. “Don’t worry … I brought shoes!”

I wondered how she kept up her happiness for these visits. So short and so public. And so far apart.

“And best you behave yourself,” I said. “Or I’ll drop you off at The Ranch; it’s only two kilometres off our route.” She laughed. She was excited to see Collan.

When we got to the prison, we sat in the car and I read her the 19 pages I had printed off for Collan to approve. It took half an hour. Afterwards she was quiet.

“What do you think?” I asked cautiously. She thought for a minute.

“Well, if you like it, he’ll probably like it,” I said, more hopefully than I was comfortable feeling.

We followed the same procedure as last time: signing in, depositing money into his tuckshop account and then handing over the pages. The guard who was in charge of what the prisoners could and could not receive was curious.

“What are these?” he asked, flicking through the pages.

“I told him I would.” Seemed weak.

“I think it is a story he won’t mind being told,” I said cautiously.

The guard slipped the pages back inside the envelope.

“What must I write here though?” he asked, pointing to the book of receipts. He had to fill in what I had brought so that I could give it to Collan to check once he received his parcel. Prisoners only got their stuff on Mondays.

He nodded and wrote, “A story of Collan Rex”.

All the staff were wearing masks. We were given hand sanitiser as soon as we arrived. I couldn’t help but wonder what would happen if a visitor brought the virus into the prison, knowingly or unknowingly. It would be a death sentence for many.

As soon as we reached the visitors’ area, it was immediately clear that everything had changed, it felt different. Jolene was different too. She was very quiet and seemed edgy. I knew she was concerned.

In the car she had told me that Collan had had to be moved from his block because another prisoner had unearthed an article about him and what he had done. There was a scuffle and both he and Collan spent five days in lockdown.

As soon as Collan came through the door I could feel the tension. He was puffy and his skin was sallow. He looked very tired. I asked him if he was okay. He wasn’t.

“I know how women feel now,” he said. “Everyone is just looking at me like I’m a piece of meat.”

I didn’t know what to say to that. I thought lots of things though. About how the boys had felt when everyone found out what had happened to them. And I worried that something would happen to Collan now that people knew who he was. There was an awkward silence.

“So … I have some good news, or news that I hope you will think is good news.” He looked slightly suspicious.

“Ben would like to come and see you,” I said. “He wants to tell you he has forgiven you.”

Collan was aghast. “Of all of them, he was the last one I ever thought would want to do that.”

“Well, he does,” I said. He nodded slowly. “Would that be something you would like or be prepared to consider?” I asked.

I could see Collan had been thrown off balance. I pressed on. The visit was only two hours and I wanted to give Jolene and Collan as much of it alone as I could.

“I have some more good news,” I said.

“I spoke with Luke Lamprecht this week,” I said. His face clouded over a bit. He didn’t have happy memories of Luke. The last time he had seen him was in court and Luke was very firmly on the side of the state.

“He told me that if you want, he will come here and you can give him the names of the people who did this to you.”

“Why?” demanded Jolene. “Why won’t you do that?” “Because it will ruin lives,” he said.

“And your life isn’t ruined?” I said.

He was resolute. “One day I will get out. And then I will be with Jolene.”

“That could be years away,” Jolene interjected. She was upset.

“Please tell him thank you, but no. I won’t do that to people.”

I was frustrated and so was Jolene. This was something that could make a real difference, not just to Collan, but to everyone who had ever been too afraid to name their rapist or abuser. That damned code of silence was alive and well in a prison in Limpopo. I changed the subject.

That night, due to the spread of coronavirus and the implications, President Cyril Ramaphosa declared South Africa to be in a State of Disaster. All prisons were closed to visitors for at least 30 days. We would be the last people to see Collan Rex for a long while.

“I spoke to your mom this week,” I said. The old Collan resurfaced.

“She said so! How was she?” he asked eagerly.

“She misses you,” I said. “And she says she loves you very much and can’t wait to see you.”

He looked rattled. “I miss her too, and my little brother. We talk on the phone when she calls and sometimes he cries.”

Jolene stood up and headed off to the bathroom.

“She’s the most wonderful woman, my mom,” he said. “Everything she ever did, she did for us.”

“What are you going to do … now that people here know what you are in for?” I asked. I couldn’t help but worry for him.

“I’m in a new block now so it’ll be fine,” he said. He leaned over the table and whispered. “That guy at the table next to us? He’s been here for 14 years. He’s serving three life terms.”

That guy at the table next to us looked like he wouldn’t say boo to a goose.

“For what?” “I don’t know,” he said. “You don’t ask that kind of thing here.” But someone asked about you, I thought. What would happen to you now?

When I got home, there was a Facebook message from Ben. He was online when I opened it. “Did you tell him about what I said?”

“Yes, I did.” “And what did he say?” “He said he would like that very much. I don’t think he believed me though – he was very shocked.”

“Why?” “Because he said you were the last one he would ever have thought would want to see him again.”

“Are you sure you’ve forgiven him?” I asked.

“Wow,” was all I could manage.

“So when I get back we must organise it.” I promised to help him do exactly that.

That night, due to the spread of coronavirus and the implications, President Cyril Ramaphosa declared South Africa to be in a State of Disaster. All prisons were closed to visitors for at least 30 days. We would be the last people to see Collan Rex for a long while.

Collan called me on the Tuesday morning. “Hi, Sam.”

“Better today. Yesterday I wasn’t feeling well.” “I’m so sorry to hear that,” I said. Had he read the extracts from my manuscript yet? “How are you feeling today?”

“Did you have a chance to …?” I began but he was already talking.

“Yesterday I read it and I was very angry.”

“But today I read it again. And you’ve been fair. It’s the truth.”

I could detect the sadness in his voice.

“I couldn’t expect you to be completely on my side.”

I felt a rush of sadness myself. For this broken boy and for all the boys who were broken because of his brokenness.

“Collan, you know I think you are where you need to be,” I said. “I’ve told you that. But I also think it’s very wrong that you are the only person in jail; I think you need psychiatric help and 23 years in prison isn’t going to get you that.”

“And I’ve tried to show who you are as a whole person.” DM

Sam Cowen is also the author of bestsellers Waiting for Christopher and From Whisky to Water.