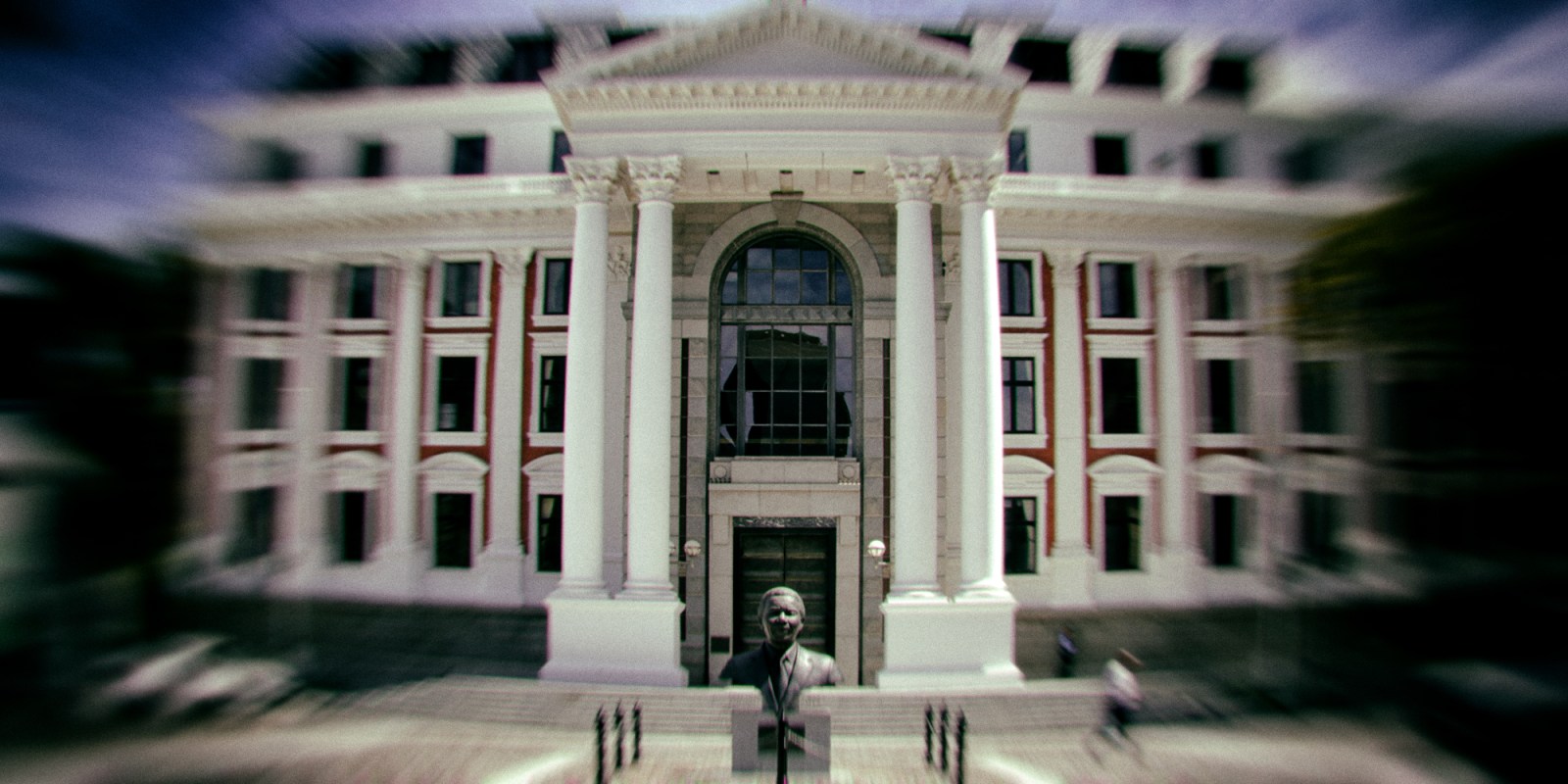 Finance Minister Tito Mboweni has written to Parliament’s appropriation committee, requesting an 11th-hour amendment to Budget legislation to allow for the possibility of unforeseen and unavoidable funding — like bailouts — between now and October’s Medium-Term Budget Policy Statement.

It’s clever. It’s creative. And if successful, it will open the door to the possible approval of unforeseen expenditure that for the past month or so has been firmly closed.

It’s somewhat complicated — but it revolves around Section 6(1) of February’s Appropriation Act, or the Budget. That section allows the finance minister to “approve expenditure, if it cannot reasonably be delayed without negatively affecting service delivery and such expenditure (a) is unforeseeable and unavoidable; (b) was announced during the tabling of the 2020/21 national annual budget…”

The use of Section 6(1) fell away — after just one day in June — because the Special Adjustment Appropriation Bill, effectively the Covid-19 emergency Budget, interrupted the traditional sequencing of Budget in February, followed by the Medium-Term Budget Policy Statement (MTBPS) in late October.

On 23 June 2020 the Appropriation Act, of the Budget, came into effect having been passed by Parliament and signed into law by the president. On 24 June 2020, Mboweni tabled the Covid-19 emergency Budget, to shift some R145-billion across government to fund pandemic responses as part of the R500-billion relief, including temporary rises in child social grants and tax deferments.

But this sequencing meant Section 6(1) was no longer available — unforeseen and unavoidable expenditure by law may only be approved before an adjustment appropriation. Also not available was access to a potential R5-billion in the 2020 Budget contingency reserve.

To undo this situation, the Budget laws require amending. It’s proposed to amend the Appropriation Act, or February’s Budget law, with an insertion in the Special Adjustment Appropriation Bill, the Covid-19 emergency Budget that comes to the House on Wednesday 29 July 2020.

“The inability to use Section 6 of the Appropriation Act, 2020, ie approving the use of contingencies’ funding, will impact negatively on affected institutions where they qualify for such funding. In the 2019/20 financial year, the same provision in the Appropriation Act, 2019, was, for example, utilised for funding for SABC, Denel and public infrastructure projects.

“It is important to enable the use of section 6 of the Appropriation Act, 2020 up to the introduction of the second Adjustments Appropriation Bill in October 2020.”

In the letter Daily Maverick has seen, Mboweni proposes to the parliamentary appropriation committee a way to do this.

“Despite any provision in any other legislation to the contrary, and before the second Adjustments Appropriation Bill is introduced in Parliament, the Minister may approve expenditure, if it cannot reasonably be delayed without negatively affecting service delivery…”

This would fix the conundrum until October’s MTBPS.

Without this Section 6(1) available, the only other way to release unbudgeted funding is through the emergency provision of Section 16 of the Public Finance Management Act (PFMA).

It allows the finance minister to authorise emergency funds of no more than 2% from the national revenue fund “to defray expenditure of an exceptional nature which is currently not provided for and which cannot, without serious prejudice to the public interest, be postponed to a future parliamentary appropriation of funds”.

The 22 July letter from Mboweni said no ministerial consultations were needed as the parliamentary appropriation committee is asked to make the change.

But MPs must still agree to that. And then bring the amendment to the House on Wednesday 29 July 2020, when the Special Adjustment Appropriation Budget is processed.

Let’s be absolutely clear: no indication exists right now of any bailout to SAA in the making with — or without — the use of an amended Section 6(1). Even if that’s the first thought that comes to mind in this saga, given Friday’s creditors’ agreement to delay to Monday the deadline for confirmation of government guarantees for SAA debt.

Those draft laws, widely known as “GBV bills”, are nowhere near Parliament to start the legislative process — notwithstanding politicians’ words and presidential declarations of GBV as a “second pandemic”.

Plenty of state-owned enterprises (SOEs) remain in dire financial straits — from Eskom, which on 2 April 2019 received emergency funding under Section 16 of the PFMA that depleted resources for any other emergency that financial year, to the Post Office and the public broadcaster, the SABC. Or Denel, the repeat bailout recipient, that at least twice in the past year could not pay salaries. It received R2.3-billion from the Unemployment Insurance Fund, according to Deputy Employment and Labour Minister Boitumelo Moloi in her Budget vote speech, “to protect the jobs of 2,360 skilled and experienced workers”.

But what the saga around amending the 2020 Budget legislation highlights is the state’s lack of capacity to draft good law.

Elsewhere, this process is additionally mired in the pitfalls of politician’s promises, as in the set of proposed laws to help fight gender-based violence (GBV).

Promises were made earlier in 2020 of three bills for harsher bail conditions for people accused of sexual offences, to amend the National Sexual Offenders Register, and to change the Domestic Violence Act to allow, for example, online protection orders.

Those draft laws, widely known as “GBV bills”, are nowhere near Parliament to start the legislative process — notwithstanding politicians’ words and presidential declarations of GBV as a “second pandemic”.

The timeline runs something like this: In September 2019 the GBV presidential summit resolutions included harsher laws. Roughly nine months of legislative drafting in government led to the bills entering the Cabinet for consideration and the approval process, only in July 2020. Word is the bills are set for tabling in Parliament in August.

Coincidentally, this is one of the shorter and more effective timelines for the executive to prepare legislation that ministers want Parliament to deal with.

Patience at Parliament is running thin amid some ruffled feathers over comments in the 17 June presidential address to the nation that the national legislature should speedily process the GBV legislative amendments.

In the programming committee on Thursday 23 July, the issue again arose: opposition parties asked about the whereabouts of these bills.

Parliament’s Bill’s Office told MPs nothing had been submitted yet. Neither had notice of a tabling been given, as ministers can, so parliamentary committees have a heads-up to plan to deal with the draft laws.

But at least the presidential commentary that had ruffled lawmakers’ feathers in June was cleared up.

“The matter was discussed. There was a to-ing and fro-ing of letters. It is understood Parliament is not at all at fault,” said Speaker Thandi Modise.

The GBV bills are priority legislation, as is the Electoral Laws Amendment Bill, which arises from the June 2020 Constitutional Court ruling that national and provincial elections must include independent candidates.

That new electoral law, to be in place by mid-2022, may require a wholesale policy review of elections; the Electoral Commission of South Africa (IEC) on 21 July took the home affairs committee through a range of options for parliamentarians, as policymakers, to consider.

Time is not on the legislators’ side. Nor are poorly drafted bills. DM