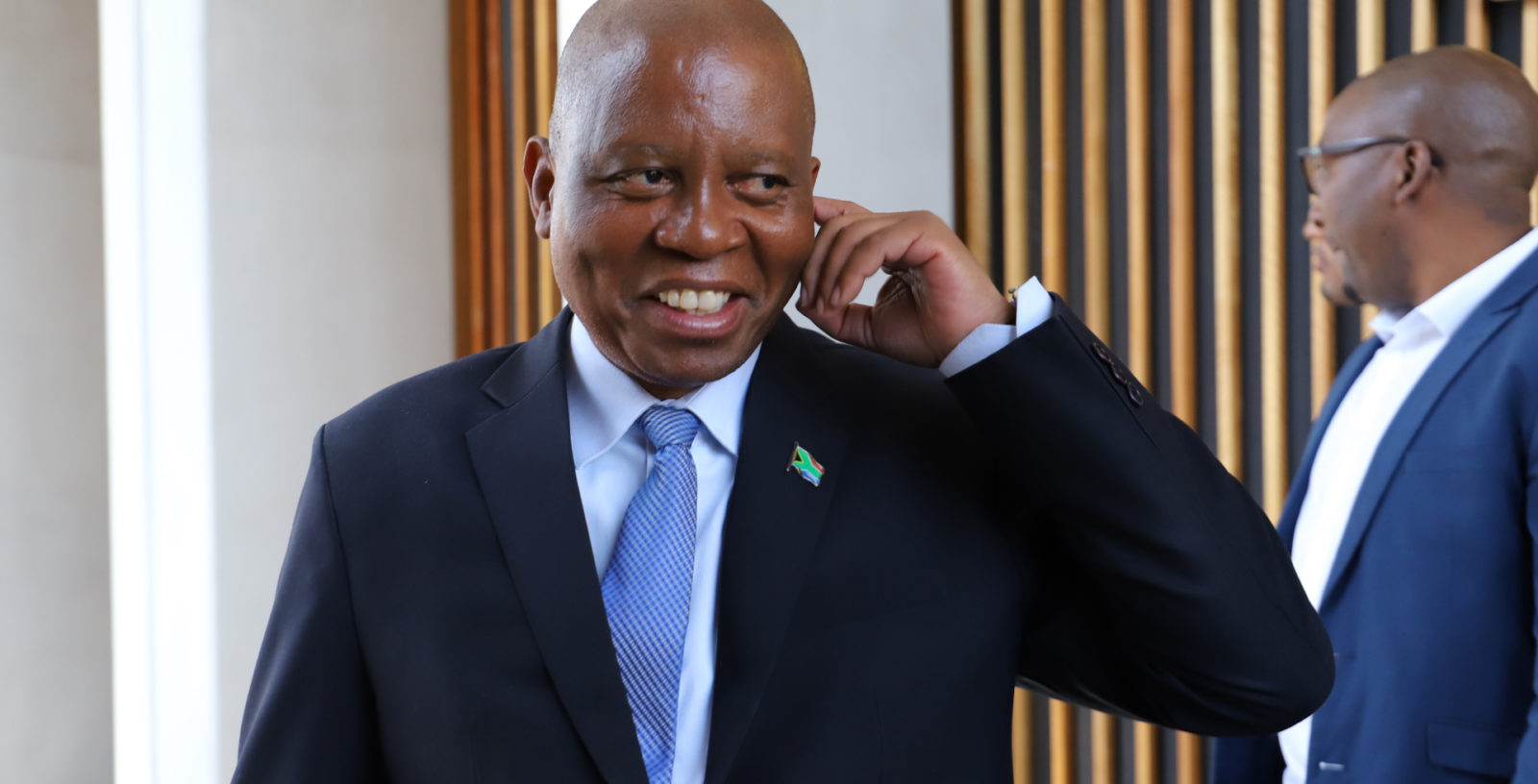 Johannesburg Mayor Herman Mashaba leaves the City Council chambers after his state of the city address on 30 April 2019. (Photo by: Ayanda Mthethwa)

Former City of Johannesburg mayor and founder of The People's Dialogue Herman Mashaba will launch his new party virtually on 29 August, he announced on Friday.

Mashaba left the DA last year in a shocking resignation a day after federal council chair Helen Zille was elected. He then established The People’s Dialogue as a think tank and a civic organisation.

Mashaba, who claims to have already received a thousand volunteers for his party, said the launch would see the unveiling of the organisation’s name, logo, its constitution, as well as the “solutions blueprint” that they will offer as an alternative for South Africa.

“Participating in the launch will be a number of prominent South Africans who will be taking action and signing up to our new party in the run-up to the launch. Our solutions blueprint is the product of South Africans from all walks of life, who came together to offer their experience and expertise. The solutions that we will present will be grounded in practical and workable actions that that can build a prosperous, non-racial and secure South Africa for all its people,” he said.

After Mashaba’s exit from the DA, a number of high-profile individuals joined him, including former DA Johannesburg regional chairperson Funzile Ngobeni and Mashaba’s former chief of staff and DA campaign guru Michael Beaumont.

The latest to join his new party is state capture whistleblower and former ANC MP, Vytjie Mentor. She left the ANC after her relationship with the party soured following her revelations that the Gupta family had offered her a ministerial position.

She then joined the ACDP. Mashaba has indicated that more high- profile individuals will join his party.

“The strategy is certain, and demand for this new party is clear. We have the right solutions and, most importantly, we have South Africans behind us to win municipalities, deliver effectively for all and challenge for national power in 2024,” he said in the statement.

The party’s strategy will focus on: Economic prosperity for all;Social justice;Non-racialism;Respect for the rule of law which ensures consequences for all crimes ;Electoral reform that gives back the power to the people;An education revolution which invests in our young people, and;Wholesale change to achieve ethical leadership and professional civil service.