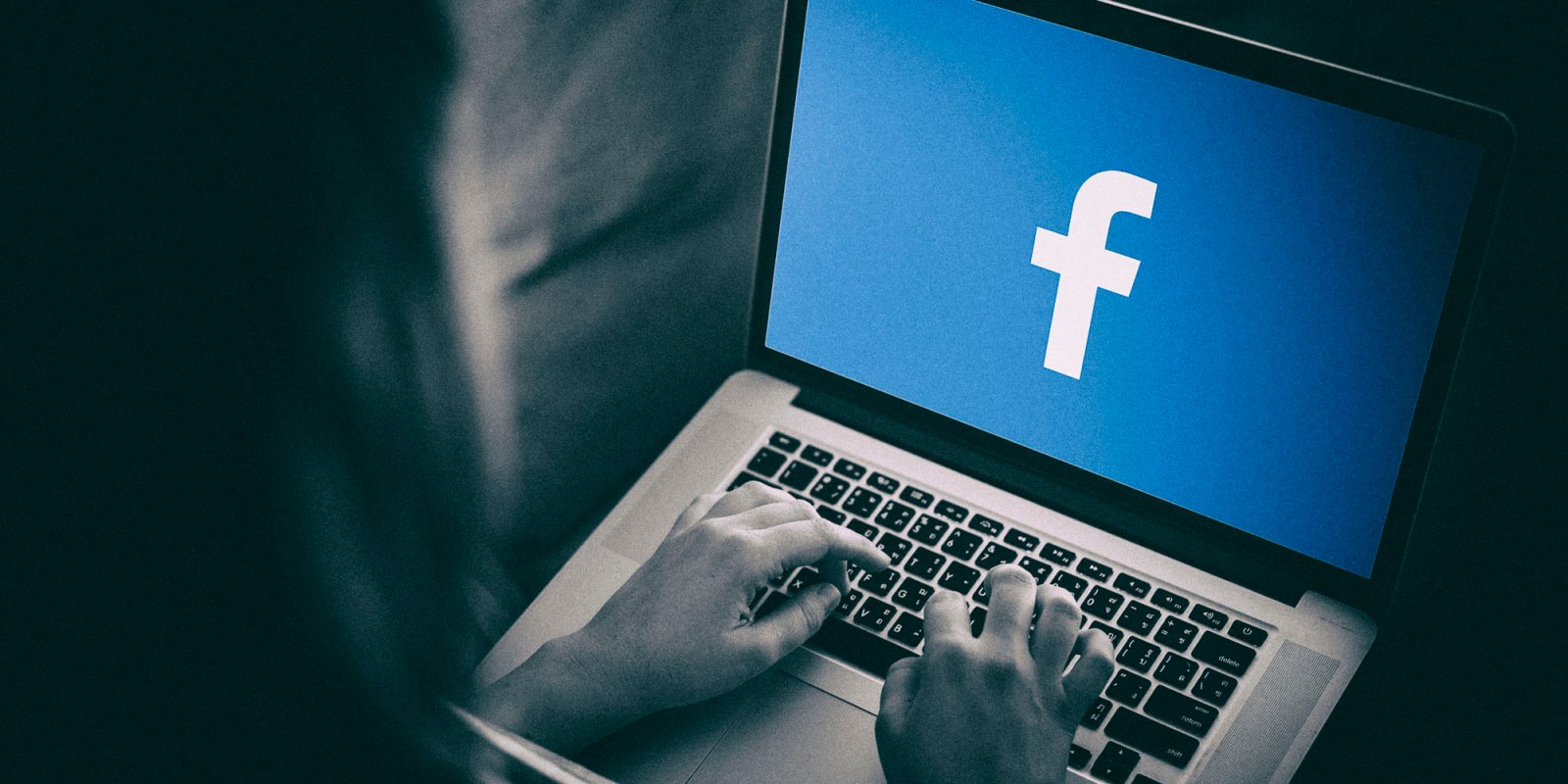 Graphic threats of gang rape and murder from an anonymous Instagram account to a 13-year-old South African, feature as the centrepiece in a soon-to-be heard landmark court action aimed at compelling US-owned Facebook Inc to disclose the identity of the perpetrator.

It has already cost the family of a Gauteng teen anonymously threatened with gang rape and murder a small fortune in legal fees and months of trauma navigating an inter-continental administrative quagmire to compel Facebook Inc to disclose the identity of the holder/s of several Instagram accounts used to make the threats.

At the heart of the matter is the responsibility and duty of Facebook Inc, registered in the US, to protect the rights of children who are abused and threatened by anonymous predators who use a platform owned by the global social media giant.

Philanthropist and businesswoman Wendy Appelbaum has stepped in as a benefactor in order to cover the extensive legal costs of a case which spans continents and could have international repercussions.

In 2016 Appelbaum supported a University of Stellenbosch Legal Aid Clinic court action to declare emoluments attachment orders, or garnishee orders, for 15 workers unlawful and invalid. Appelbaum paid for counsel and the forensic analysis in what became a legal victory for low-income earners.

The South African teenager who is taking on Facebook Inc received the threats in messages to her Instagram account in May 2020. She has since been met with a wall of legal obstacles and hurdles in an attempt to obtain information about the perpetrator to protect herself.

“The threats were so graphic and distressing that the applicant could barely eat or sleep for five days after receiving them,” the teenager’s ace legal team, Kate Hofmeyr, Ben Winks and Carina du Toit, instructed by Emma Sadleir and Andrew Miller & Associates, stated in Heads of Argument lodged with the Gauteng High Court in a matter set down to be heard on 28 July before Judge Brian Spilg.

After she had received the threats, the teenager’s parents turned in desperation to social media expert Sadleir. For weeks Sadleir engaged Facebook, Facebook’s lawyers and SAPS while the teenager also lodged a criminal complaint, all of this with no satisfying outcome.

Court papers reveal a suspicion that the threats may have been made by someone who attends school with the teenager. It thus became a matter of urgency and safety for the teenager and her parents to identify the perpetrator as Covid-19 lockdown levels eased and she was set to return to school.

“She fears that the perpetrator might be there waiting to harm her in the ways described in excruciating detail in the messages,” said the lawyers.

The court application is for an order directing Facebook Inc to provide the target of the threat with the information she needs to identify “the person who anonymously sent rape and death threats to her using Facebook Inc’s social media application, Instagram”.

Facebook Inc is in possession of the basic subscriber information which is key to identifying the perpetrator and was duty-bound to make this available, argued the legal team.

“The relief that the applicant seeks is not novel or complex. It is based on century-old authority that a person may seek an order compelling another to disclose the identity of a wrongdoer,” said the legal team.

The only potentially “unusual feature” of the matter was that it is being brought against an entity incorporated in the United States of America.

The question that the court needs to consider, said the teenager’s lawyers, is why it had taken more than two months since the threats were made for the teenager to “obtain a remedy” — and one that required expensive legal action.

“The answer lies in the fact that Facebook Inc has constructed an impenetrable fortress around it which makes it almost impossible for users of Facebook or Instagram to obtain basic subscriber information that would identify the perpetrators of crimes committed on these platforms,” the lawyers set out.

Anyone who signs up for Facebook Inc-owned social media platforms, including Instagram, and who wants to obtain basic subscriber information of a person suspected of committing a crime, would face impossible hurdles, the legal team said.

The endless obstacles placed in the path of the child and her parents included the suggestion that she lodge a criminal complaint with SAPS which would take more than six months, (if ever) to issue a section 205 subpoena for Facebook Inc to hand over the information.

Facebook’s lawyers in South Africa have told the teen that they were “not instructed to accept service on behalf of any Facebook entity” while obtaining a simple email address for “someone at Facebook Inc who can assist with the request” proved impossible.

“Not Facebook’s lawyers, not their associate company’s employees in South Africa – will provide an email address for the legal department of Facebook Inc.”

The only option left was to procure lawyers and to approach the High Court for leave to sue “by way of edictal citation and substituted service”.

As a result, the child’s legal representatives, Sadleir and Andrew Miller & Associates, have had to locate a California-admitted lawyer who drove to Sacramento, California, to serve the application, by hand, on Facebook Inc’s appointed service agent.

The applicant, said the lawyers, then waited a further three weeks to receive notice that Facebook Inc would not oppose the application as there was no basis in law to do so.

“The applicant confronted every one of these hurdles. She has been put through an extraordinary drawn-out process to obtain a simple remedy, well recognised in our law.”

After jumping through costly legal hoops and serving the notice, by hand, to Facebook in California, Facebook Inc, on 6 July 2020, then filed a notice of its intention to oppose the child’s application.

It is a matter of considerable gravity and interest as the global owners of social media platforms are being called to account for the content they publish and their protection of anonymous users who stoke hatred and violence and who issue threats.

“Two further weeks followed, and no answering affidavit was produced. Although the affidavit was due on 20 July 2020, it did not arrive,” said the teen’s lawyers.

Instead, on 21 July 2020, two months after the teenager had begun to engage Facebook, it decided not to oppose her application.

The matter will be heard now on 28 July where the teen seeks a final interdict for Facebook Inc to hand over the information.

It is a matter of considerable gravity and interest as the global owners of social media platforms are being called to account for the content they publish and their protection of anonymous users who stoke hatred and violence and who issue threats.

“An assault has been perpetrated on the applicant via Facebook’s Instagram platform. She has already been a victim of crime. Without the information that the interdict will provide to her, the applicant faces the continued prospect that she will be physically harmed by the perpetrator.”

The lawyers have asked the court to order that Facebook Inc pay costs of the application as it has never had a valid legal basis to oppose it in the first place and has publicly declared on its own website that it would provide this information “on proper service of a valid legal process”.

Over and above this, the child has had to obtain the services of a lawyer in the US to deliver the main application in person to Facebook Inc in Sacramento, an action that would generally be out of reach of the ordinary social platform user.

“Instead of treating her with the respect that she deserves, and which the Constitution commands she be given, Facebook Inc has played a game of cat and mouse with the applicant. The game itself is odious because the applicant is not a ‘cat’ and Facebook Inc is certainly not a ‘mouse’.”

Facebook Inc is one of “the largest, richest and most powerful corporations in the world” while the applicant is a “13-year-old girl who simply wants to protect herself from the most horrific harm imaginable”. DM