A breath of fresh air: Dr Tlaleng Mofokeng in the UN house 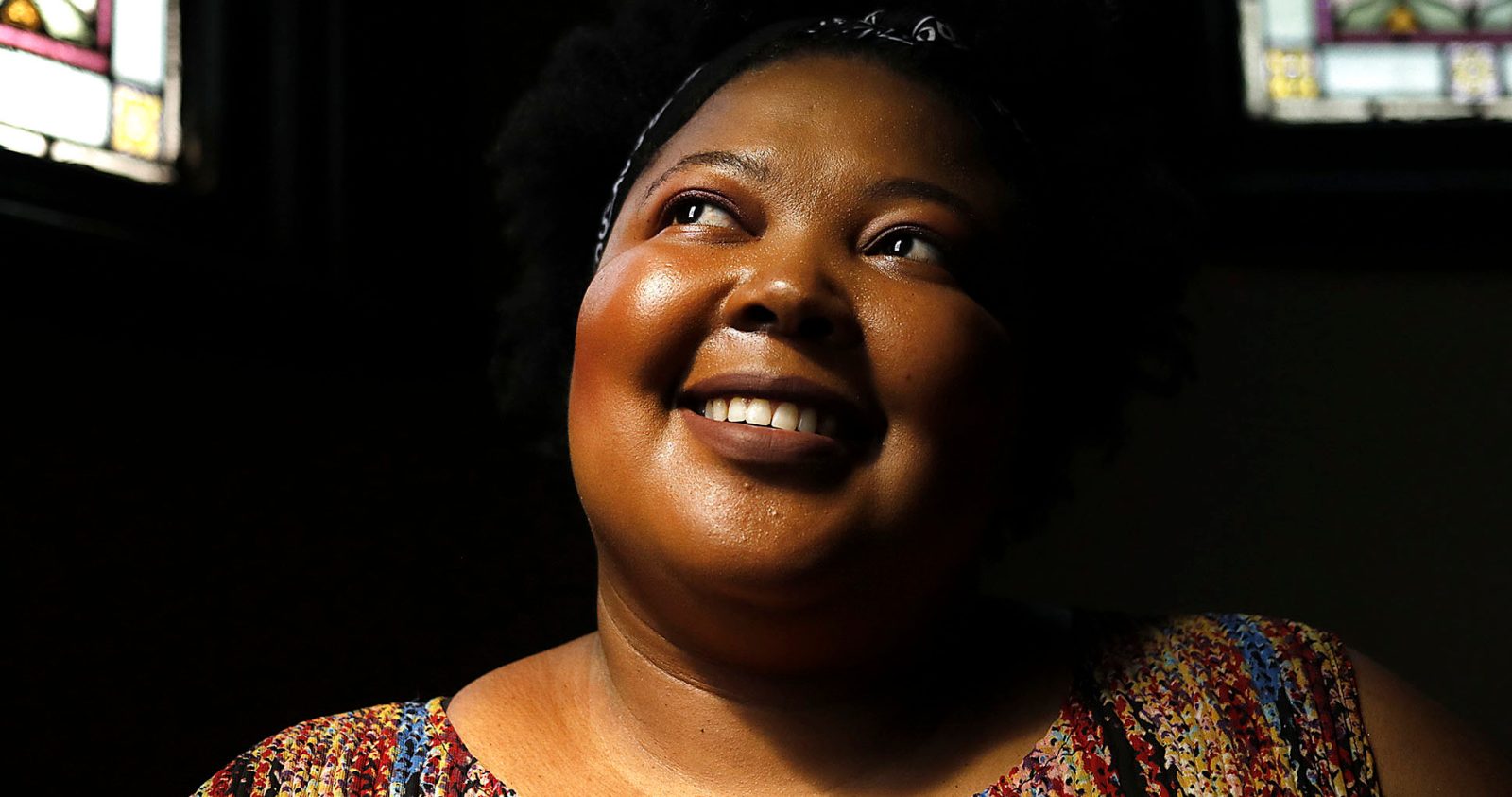 JOHANNESBURG, SOUTH AFRICA – JANUARY 18: Dr Tlaleng Mofokeng, otherwise known as Dr T during an interview on January 18, 2019 in Johannesburg, South Africa. Mofokeng, who specializes is sex education, and is one of SA’s leading voices in reproductive health, is determined to break the silence around sex. (Photo: Gallo Images / Sunday Times / Alon Skuy)

She can tweet advice about flaccid penises and sexual pleasure while calling out global health funders with misguided agendas – it’s clear Dr Tlaleng Mofokeng is not going to be a United Nations special rapporteur who baulks at anything.

This ticks a first for a woman from Africa.

She doesn’t need to fit in, though, or, as she puts it, “my motivation in life is not to be liked by everyone; it’s exhausting.”

Dr T, as she’s popularly known from her radio slots, magazine columns and bestselling guide to sexual health and pleasure, says boxes are about control and upholding a system of reward or punishment, especially of women. It’s the kind of expectation and confinement she’s railed against since she was a girl. It’s also why she doesn’t particularly care about being called “the loud-mouthed woman” – if that’s what it takes to be heard.

“You do attract pushback when you are the woman who is seen as being too loud; the woman speaking out, or speaking about pleasure, sex or orgasms. But I’m not here to perform my worthiness for any particular role for anyone,” she says.

She grew up with her brothers and mother in QwaQwa, an apartheid-era Bantustan in the then Orange Free State of the 1980s. As the only girl in her family, she grew up in a time when girls’ sexual health was defined through HIV/Aids messaging. That narrow lens focused on promiscuity and abstinence; teen pregnancy and sexually transmitted diseases. It left her with questions and gaps in her understanding of her body and sexuality in general.

“I was lucky to have a mom who talked to me about menstruation, for instance, but other girls didn’t have this,” she says.

She was also acutely aware that her mother had to “work her butt off” to send her to school in Newcastle, because QwaQwa fell off the radar of opportunity. Even now she calls out authorities who duck behind the Covid-19 crisis to dodge accountability for decades of failure in providing basic services. She says it creates hurdles for another generation of young people who have to become migrants – as she is – to seek out a chance of living to their full potential.

Mofokeng was forced to rely on student funding to pay for her medical degree at UKZN in the early 2000s. Student debt would be another burden she took on as a young doctor. At the same time, she was seeing the damage of persistent and still skewed messaging about girls’ sexual health and reproductive rights. Added to this were the daily reminders that the scales of society remained tipped against many of her patients.

“I saw women who didn’t want to be hospitalised for serious conditions because they didn’t have any leave and couldn’t afford to lose their jobs, or women who had to stay silent about abuse or risk suffering further abuse,” Mofokeng says.

This led her to establish a youth-friendly clinic in Matatiele in the Eastern Cape as part of her community project. It also crystallised her commitment to patient advocacy and seeing patients as people, not merely as their symptoms.

“I have taken on the role as UN special rapporteur because it is about human rights, and fighting for human rights to be the backbone of every aspect of society.

“It’s also a role that allows me to retain an independent voice. It’s not just about writing reports or representing a country, or even the continent. For me, it’s about being able to raise questions about accountability, be it from governments or global funders, and to make sure patients’ rights and needs are what drives agendas and funding models.

“The right to water and sanitation is a determinant of health; so is access to survivor support, nutritious food and shelter – they all intersect, and we need to know this beyond the slogans that we still have today,” she says.

Mofokeng is in private practice today in Joburg and serves on the Commission for Gender Equality in South Africa. She was also adviser to the technical committee for the National Adolescent Sexual and Reproductive Health and Rights Framework Strategy in South Africa, and has collaborated and contributed to various UN programmes, including combating HIV/Aids as well as advancing the rights of people with albinism.

She’s determined that her new role will not just be another line on her CV. She wants it to be a position from which she can push harder against inequality which, she says, deserves some honest confrontation.

“Healthcare has been weaponised; we know about the trials and research that have be done on black people since slavery began. So there’s a psychology and trauma that black populations have in interacting with Western medicines and structures.

“We need to be honest about this to repair this relationship, and to understand why many people seek healthcare as a last resort… because these institutions are not affirming or enabling for them,” she says.

Mofokeng brings to the UNHRC role her medical expertise, experience, global networks and her accessible and relatable personal brand.

“What I’m particularly good at is being able to show the linkages between issues and to be able to elevate the conversation so that we can look at the failings of governance and leadership,” she says.

But while she understands the power of platforms and social media traction, she recognises that they can be bubbles. Social media can also be a hideout for trolls and for engagement that’s toxic and shallow and no replacement for the real life heavy lifting needed to get a job done.

“I’m very deliberate about how I use social media as a tool for my advocacy, and I step in and out of social media depending on how much energy I have for it. You also need to have real life support structures,” she cautions.

For her, support comes from being able to travel back to her mom’s home in QwaQwa. Some visits, the kitchen is filled with the smells of coconut and vanilla biscuits baking for tea. There’s laughter and the easy surrender of being in the company of loved ones.

When she’s in Joburg, it could be about whipping up a plate of Korean fried chicken with her partner, before they settle down to binge watch another K-drama series on Netflix (her current downtime obsession). It could just as easily be an evening of “Netflix and chilling” in the horizontal sense. After all, Mofokeng would simply be taking her own advice that sexual pleasure is right up there with an apple a day when it comes to good health. Doctor’s orders! DM/MC