Murder and mutilation of people with albinism continues... 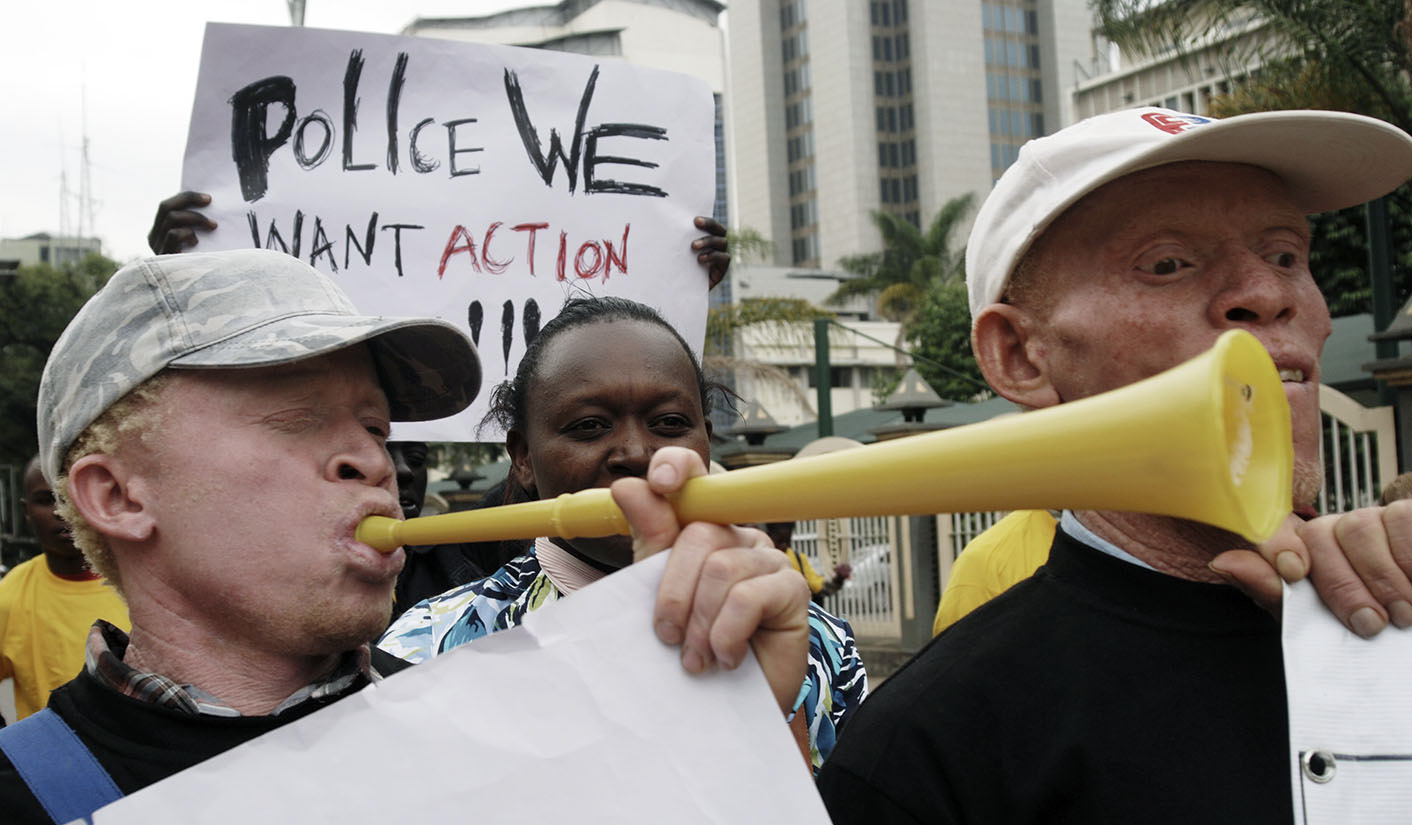 Governments across southern Africa must step up their efforts to protect the lives of people with albinism and raise public awareness to combat discrimination.

On 24 March, Emmanuel Phiri’s dismembered body was discovered by passersby in a field of maize several kilometres from his home in Zambia’s Eastern province. The 43-year-old man’s eyes, tongue and arms had been removed in what appeared to be another horrific ritual killing of a person with albinism.

A father of three and a renowned carpenter in the Navutika community, Emmanuel had left his home earlier that day to head to a new job. He told his wife and mother that he would be gone for two weeks. It was only when he failed to return that his family grew alarmed and reported him missing. His niece was later called to the police station, where she identified his body by his clothing.

Across Africa, people with albinism continue to be murdered and mutilated. These attacks are fuelled by erroneous beliefs that their body parts bring wealth and good luck.

The danger is particularly acute across Southern Africa Development Community (SADC) countries where there have been at least 150 killings since 2014. The SADC Parliamentary Forum (SADC-PF) responded to this human rights emergency by adopting, on 24 July 2019, a motion condemning attacks, abductions, killings and discrimination against people with albinism.

One year on, however, Emmanuel’s case presents evidence that people with albinism are still being sought by criminal gangs who are after their body parts, and that more needs to be done to ensure their protection.

Impunity for crimes against people with albinism continues as a result of ineffective investigations, including the poor handling of cases and evidence.

Since 2018, Amnesty International has called for SADC leaders to adopt a strategy for social and physical protection that can create a safe environment for people with albinism, and which guarantees their enjoyment of the rights to life, freedom of movement and personal security, and access to health and education.

This requires effective investigations capable of bringing perpetrators to justice, alongside public education campaigns to address beliefs and societal norms that fuel discrimination and violence against this vulnerable group.

Emmanuel’s murder took place two days before the lockdown to prevent the spread of Covid-19 came into force in Zambia. The pandemic has, without a doubt, heightened the risks faced by people with albinism.

Not only have they been blamed for the crisis, in some countries like Kenya, but they have also had to endure lockdown in close proximity to those intent on harming them.

An Amnesty International study in 2016 revealed that criminal gangs, family members or people close to the victims were often the ones responsible for these attacks.

Many are frightened of being attacked like Emmanuel was, and the attack going unnoticed by government agencies because their ability to function has been impeded under lockdown.

The pandemic has also made it harder for people with albinism to travel in search of sunscreen that can save them from skin cancer. Mobile clinics have, in many areas, been suspended, which means medical check-ups are even more difficult to arrange.

Long queues for food and public transport result in greater exposure to the sun, which is potentially life-threatening for people with albinism.

Governments across the region must build on the motion passed by the SADC Parliamentary Forum to genuinely address the cycle of human rights violations suffered by people with albinism. They must ensure increased access to healthcare and sunscreen lotions, secure the livelihoods of people with albinism, and ensure that victims and their families have effective access to justice through improving community policing, investigations and prosecutions of crimes. Otherwise, there will be more victims like Emmanuel.

In their responses to the Covid-19 pandemic, governments across the region must ensure that public health responses are inclusive and reflect the plight of people with albinism.

Governments must also step up their efforts to protect the lives of people with albinism and raise public awareness to combat discrimination.

People with albinism have been historically excluded from the mainstream, and during this pandemic they are being left further behind. Governments must ensure an inclusive response so people with albinism can fully exercise their human rights. DM/MC