How serious is the Islamic State threat to attack South...

How serious is the Islamic State threat to attack South Africa? 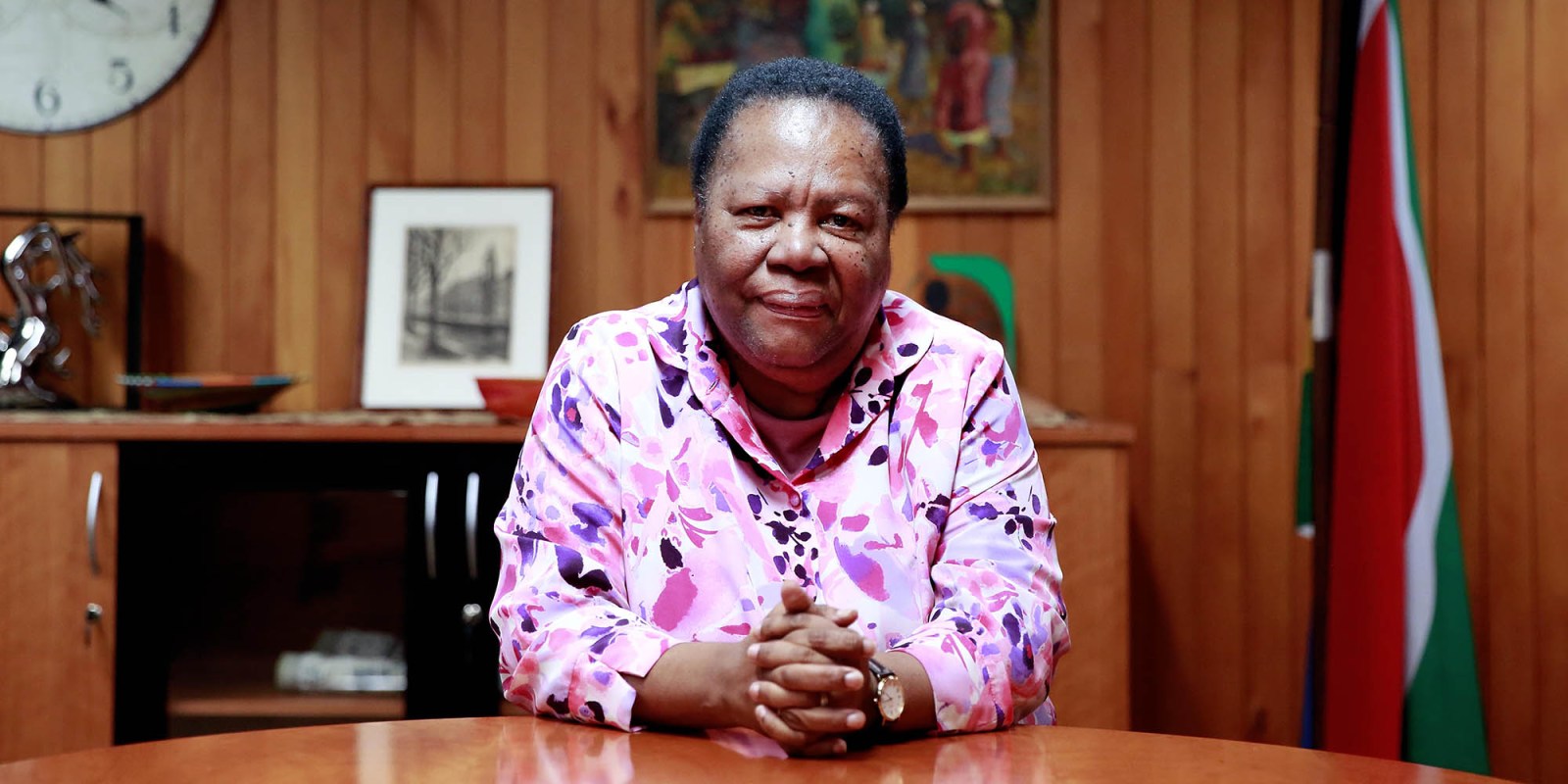 International Relations and Cooperation Minister Naledi Pandor revealed that her government and Mozambique’s were in discussion about how South Africa could help Maputo fight the insurgency (Photo: Sebabatso Mosamo/Sunday Times)

South African adherents of the terrorist group are already cropping up among insurgents in northern Mozambique.

Whether or not the Islamic State – or any jihadist terror group – represents a serious threat to South Africa has been a contentious topic for some time. The question comes heavily loaded with ideological and political baggage and provokes strong emotions either way.

Over the last few months, the debate has however risen to a different level via the growing assertiveness of Islamic State in the brutal insurgency in Mozambique’s northernmost Cabo Delgado province. Though the precise nature of that insurgency remains hazy, Islamic State has for some months been laying claim to the attacks. The extremists themselves, generally known as Ahlu Sunnah Wal Jama, have proclaimed allegiance to Islamic State.

The involvement of Islamic State in northern Mozambique seems to be what has eventually jolted the South African government into really taking notice of the insurgency, which started in October 2017 and has killed over 1,400 people.

During a video parliamentary committee meeting in May, International Relations and Cooperation Minister Naledi Pandor revealed that her government and Mozambique’s were in discussion about how South Africa could help Maputo fight the insurgency. By that time, the South African private military company Dyck Advisory Group was already heavily involved on the Mozambique government’s side, mostly mounting aerial attacks with light aircraft.

Pandor seems to have let the cat out of the bag. A few weeks later, her defence counterpart Nosiviwe Mapisa-Nqakula provided no details to Parliament about what if anything the South African National Defence Force (SANDF) was doing or planning to do, in Mozambique. Speculation flourished, with suggestions that SANDF Special Forces and a maritime reaction squadron were already in or en route to the field.

And then last month Islamic State published an editorial on its al-Naba online bulletin in which it warned, in Arabic, that if South Africa intervened militarily in Cabo Delgado this “may result in prompting the soldiers of the Islamic State to open a fighting front inside its borders! – by the permission of God Almighty”.

Then this past weekend South Africa’s intelligence minister Ayanda Dlodlo told News24 that she was taking the Islamic State threat “very, very seriously. Threats like that were not idle in themselves. We will not take them as idle threats. We have a responsibility to secure our people”.

Experts at the Institute for Security Studies (ISS) also warn that the threat to South Africa is serious. Willem Els, ISS Senior Training Coordinator, said the experiences of the Lake Chad Basin and the Sahel suggest it would be unwise to ignore the Islamic State threat, though this was also not the time for public panic.

What is needed, said Els, is the restoration of capacity in the intelligence agencies which were severely undermined during the previous administration. Tighter control of the country’s largely porous borders was also important. He suggested that if South Africa did get involved in Cabo Delgado, it should do so only through a regional intervention via the Southern African Development Community (SADC) of the African Union. This would reduce the focus on South Africa.

On 19 May SADC’s politics, defence and security organ met in Harare and gave the greenlight for its members to provide military assistance to Mozambique. However, no specifics of any regional intervention were mentioned.

Martin Ewi, ISS Regional Coordinator for Southern Africa in the ENACT organised crime project, agrees that the Islamic State threat should ‘not be taken lightly’ as the terror group has executed similar threats elsewhere. Ewi said Boko Haram warned Cameroon in 2014 not to join Nigeria and other Lake Chad Basin countries in a war against the terror group. When the government failed to heed the warning, several attacks were carried out in Cameroon.

Kenya offers perhaps the most telling precedent for South Africa. Since it sent troops across the border into Somalia to counter al-Shabaab in 2011, the country has suffered numerous retaliatory attacks on its own soil by the terror group, in which many civilians have died.

Ewi said Islamic State has sleeper cells in South Africa and has recruited South Africans into its ranks. Some of these extremists fought with the group in Syria, some are involved in Cabo Delgado, and others are lying low in various cities in the country. He advises Pretoria to tighten border control and surveillance, identify vulnerable populations and critical infrastructure, strengthen regional intelligence sharing and reinforce early response mechanisms.

Experts have suggested that all relevant South African state institutions such as intelligence, police and the prosecuting authority should beef up their counter-terrorism expertise. Ewi said that if an attack did occur, the state should be able to react quickly with the goal of arresting and prosecuting suspects to send a strong message of deterrence.

Not everyone is convinced about the size of the threat which Islamic State poses, however. Jasmine Opperman, a terrorism analyst at The Armed Conflict Location & Event Data Project (ACLED), believes the warning posted on its website was largely propaganda. She does not foresee Islamic State cells in South Africa mounting an attack as some terrorist experts do.

However Opperman acknowledges that the Islamic State warning was in part an attempt to inspire lone wolf attacks in South Africa – something intelligence agencies should take seriously. But she questioned if government was ready and capable of protecting its citizens.

That being so, it does not seem far-fetched to worry that these or other Mozambique insurgents might cross into or return to South Africa with hostile intent. Pretoria faces a real dilemma. It seems to be damned if it does intervene and damned if it doesn’t, since staying out of Mozambique could see the insurgency there continuing to grow. DM

Peter Fabricius, is an ISS Consultant.