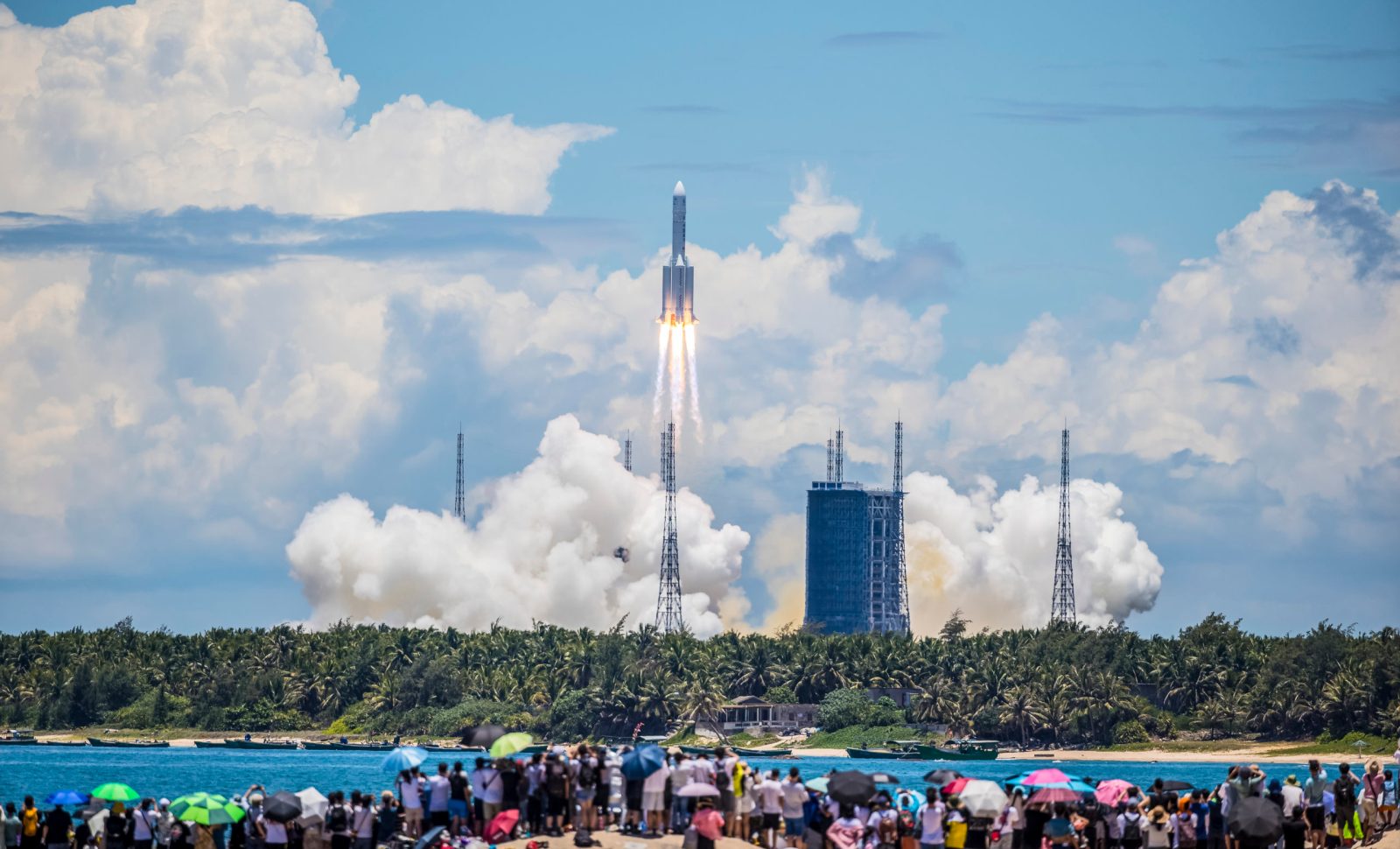 epaselect epa08561775 The rocket carrying China's Tianwen-1 Mars rover is seen after liftoff in Wenchang, Hainan province, China, 23 July 2020. The rover was lifted off by a Long March 5 rocket on Hainan Island and it is expected to reach Mars in February 2021. EPA-EFE/STR CHINA OUT

WENCHANG, China, July 23 (Reuters) - China successfully launched an unmanned probe to Mars on Thursday in its first independent mission to another planet, a bid for global leadership in space and a display of its technological prowess and ambition.

China’s largest carrier rocket, the Long March 5 Y-4, blasted off with the probe at 12:41 p.m. (0441 GMT) from Wenchang Space Launch Centre on the southern island of Hainan.

The probe is expected to reach Mars in February where it will attempt to deploy a rover to explore the planet for 90 days.

If successful, the Tianwen-1, or “Questions to Heaven”, which is the name of a poem written two millennia ago, will make China the first country to orbit, land and deploy a rover in its inaugural mission.

There will be challenges ahead as the craft nears Mars, Liu Tongjie, spokesman for the mission, told reporters ahead of the launch.

“When arriving in the vicinity of Mars, it is very critical to decelerate,” he said.

“If the deceleration process is not right, or if flight precision is not sufficient, the probe would not be captured by Mars,” he said, referring to gravity on Mars taking the craft down to the surface.

Liu said the probe would orbit Mars for about two and a half months and look for an opportunity to enter its atmosphere and make a soft landing.

“Entering, deceleration and landing (EDL) is a very difficult (process). We believe China’s EDL process can still be successful, and the spacecraft can land safely,” Liu said.

Eight spacecraft – American, European and Indian – are either orbiting Mars or on its surface with other missions underway or planned.

The United Arab Emirates launched a mission to Mars on Monday, an orbiter that will study the planet’s atmosphere.

The United States has plans to send a probe in coming months that will deploy a rover called Perseverance, the biggest, heaviest, most advanced vehicle sent to the Red Planet by the National Aeronautics and Space Administration (NASA).

China’s probe will carry several scientific instruments to observe the planet’s atmosphere and surface, searching for signs of water and ice.

China previously made a Mars bid in 2011 with Russia, but the Russian spacecraft carrying the probe failed to exit the Earth’s orbit and disintegrated over the Pacific Ocean.

A fourth planned launch for Mars, the EU-Russian ExoMars, was postponed for two years due to the coronavirus pandemic and technical issues. (Reporting by Ryan Woo in Wenchang; Additional reporting by Liangping Gao in Beijing; Writing by Jane Wardell and Gabriel Crossley Editing by Neil Fullick, Robert Birsel)