Africa warned about dangers of pandemic taking root in... 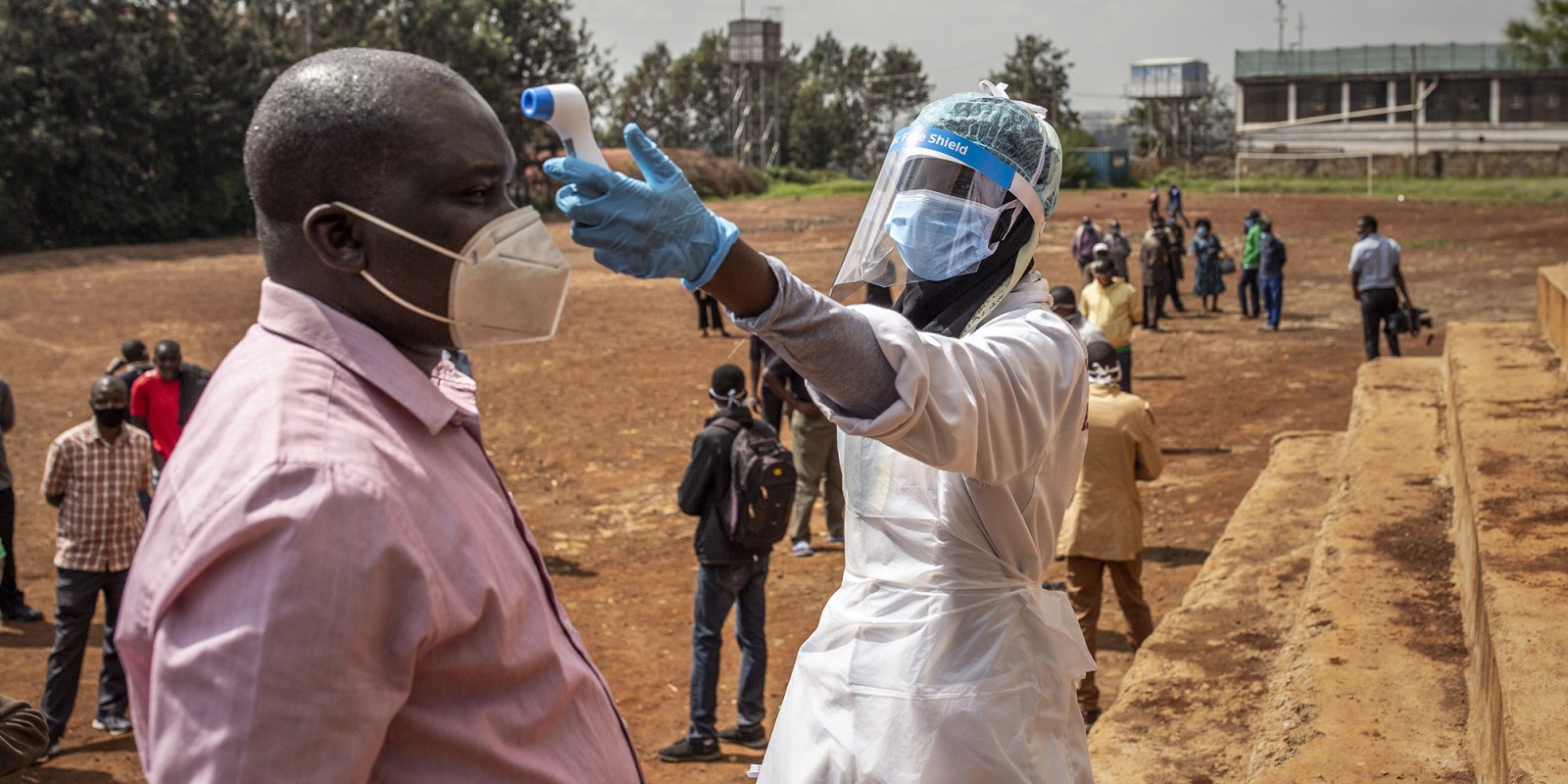 Dr John Nkengasong, director of the Africa Centres for Disease Control (Africa CDC) said South Africa’s high numbers were partly the result of the country conducting the most aggressive testing for Covid-19 in Africa. According to SA’s health ministry, the country has done 2.855 million tests — almost 40% of the total number of 7.2 million tests which Nkengasong said all African countries had done so far.

“And as you test more you find more,” he told an online press conference on Thursday.

By contrast, the whole of Central Africa, a region of nine countries, had only conducted 330,000 tests, he said, adding that the Africa CDC was about to launch an effort to help the region aggressively increase testing.

He said the second reason for South Africa having by far the highest number of infections was that it was very possible that the coronavirus had now seeded itself into vulnerable populations in South Africa.

“The one thing pandemics do is they take advantage of disparities which exist in any situation and amplify that. My worry is that you will see this more and more in many capital cities which have a lot of shanty towns around them, slums. And once the virus seeds itself into these populations, you will begin to see changes in dynamics there.”

South Africa’s experience was “a warning to the entire continent, as the virus seeps into vulnerable populations around big cities, the less-privileged areas, the slums, it becomes very difficult. And it can take hold very, very quickly. We are very concerned with that.”

“Community transmission is occurring now across the board including in Ethiopia. It’s an evolving situation.”

He noted that in East Africa just a few weeks ago, Kenya had had only the fourth-highest number of infections, after Sudan, Djibouti and Somalia. But now Kenya had taken off very quickly and was the number one country in that region (with 14,805 positive cases). He commended Uganda for having just 1,075 cases and no deaths. For a large country of some 46 million, these low numbers reflected Uganda’s public health capability and its recent experience with Ebola and other infectious diseases

In Central Africa, Cameroon and the Democratic Republic of Congo had also undergone sharp increases over the past couple of weeks.

In West Africa, the countries to watch out for were Nigeria, Ghana, Cote d’Ivoire and Senegal where infections had risen very quickly. This was concerning and he called for greater engagement with communities not only to trace contacts of those infected but also to convey strong messages about control measures.

South Africa’s disproportionately high numbers can also be seen as reflecting better official statistics. Some analysts have suggested that many African countries substantially undercount deaths from all causes.

And there may also be disparities among countries in how they count Covid-19 deaths, with some counting only deaths directly caused by the diseases and others also counting deaths from associated underlying conditions, aggravated by Covid-19.

Nkengasong said his organisation accepted the data provided by governments, “but it doesn’t necessarily capture the exact counts which may be occurring in the countries. That much we have to admit.”

But he added that the Africa CDC was working hard with several countries to improve their documentation of mortality, including the issue of direct or indirect Covid-19 deaths.

To some degree, South Africa’s high percentage of total continental Covid-19 cases also reflects in part the fact that a country such as Tanzania simply stopped supplying the Africa CDC with statistics at the beginning of May. The country’s President John Magufuli did so because he said his health authorities were producing exaggerated numbers of Covid-19 infections.

On Thursday, Nkengasong said once again he was hopeful that Tanzania would resume the supply of Covid-19 statistics. He has suggested before that by not supplying him with statistics, Tanzania was undermining the continental response to the pandemic, which relied on good information.

Nkengasong’s warning to Africa about avoiding South Africa’s example echoed that of the World Health Organisation. This week its top emergencies expert Mike Ryan told a news conference that “South Africa may unfortunately be a precursor, it may be a warning for what will happen in the rest of Africa. So I think this isn’t just a wake-up call for South Africa… we need to take what is happening in Africa very, very seriously.”

Nkengasong said as African countries continued unlocking their economies, infections would rise. Therefore countries had to scale up testing, scale up surveillance to pick up the hotspots and fight them very quickly.

“We cannot keep our economies in permanent lockdown.”

He also noted that many African countries were reporting large numbers of asymptomatic cases.

Dr Alex Ario, director of Uganda National Institute of Public Health, also attributed the relatively low number of infections in Uganda and particularly no deaths, in part to the fact that most of those infected had not exhibited severe symptoms.

He also credited Uganda’s high state of preparedness, partly as a result of having dealt with other infectious disease outbreaks, such as one of Ebola.

Nkengasong was asked why countries such as South Africa, Egypt and Nigeria, which had implemented all the recommended measures to control Covid-19, had nevertheless experienced so many cases, while other countries such as Tanzania and Burundi, which had “done nothing” had had so few cases.

Nkengasong said many countries had done well, including Uganda. Rwanda, Mozambique and Angola had also registered fewer than 1,000 cases each.

He also praised Nigeria for keeping its infection numbers down to between 34,000 and 35,000 — which for a country of more than 200 million with large concentrated cities such as Lagos and Abuja was not high, especially if one compared it with Brazil and India.

Nkengasong’s warning to Africa about avoiding South Africa’s example echoed that of the World Health Organisation. This week its top emergencies expert Mike Ryan told a news conference that “South Africa may unfortunately be a precursor, it may be a warning for what will happen in the rest of Africa. So I think this isn’t just a wake-up call for South Africa… we need to take what is happening in Africa very, very seriously.”

Ryan said South Africa’s high numbers should be an alert to the rest of the continent to strengthen disease surveillance, Reuters reported.

Botswana, Kenya, Namibia, Zambia and Zimbabwe had also reported significant increases in cases over the past week, Ryan said.

“Even though the numbers in those other countries are smaller, I think what we are starting to see is a continued acceleration of transmission in a number of countries in sub-Saharan Africa and I think that has to be taken very, very seriously,” he said. DM