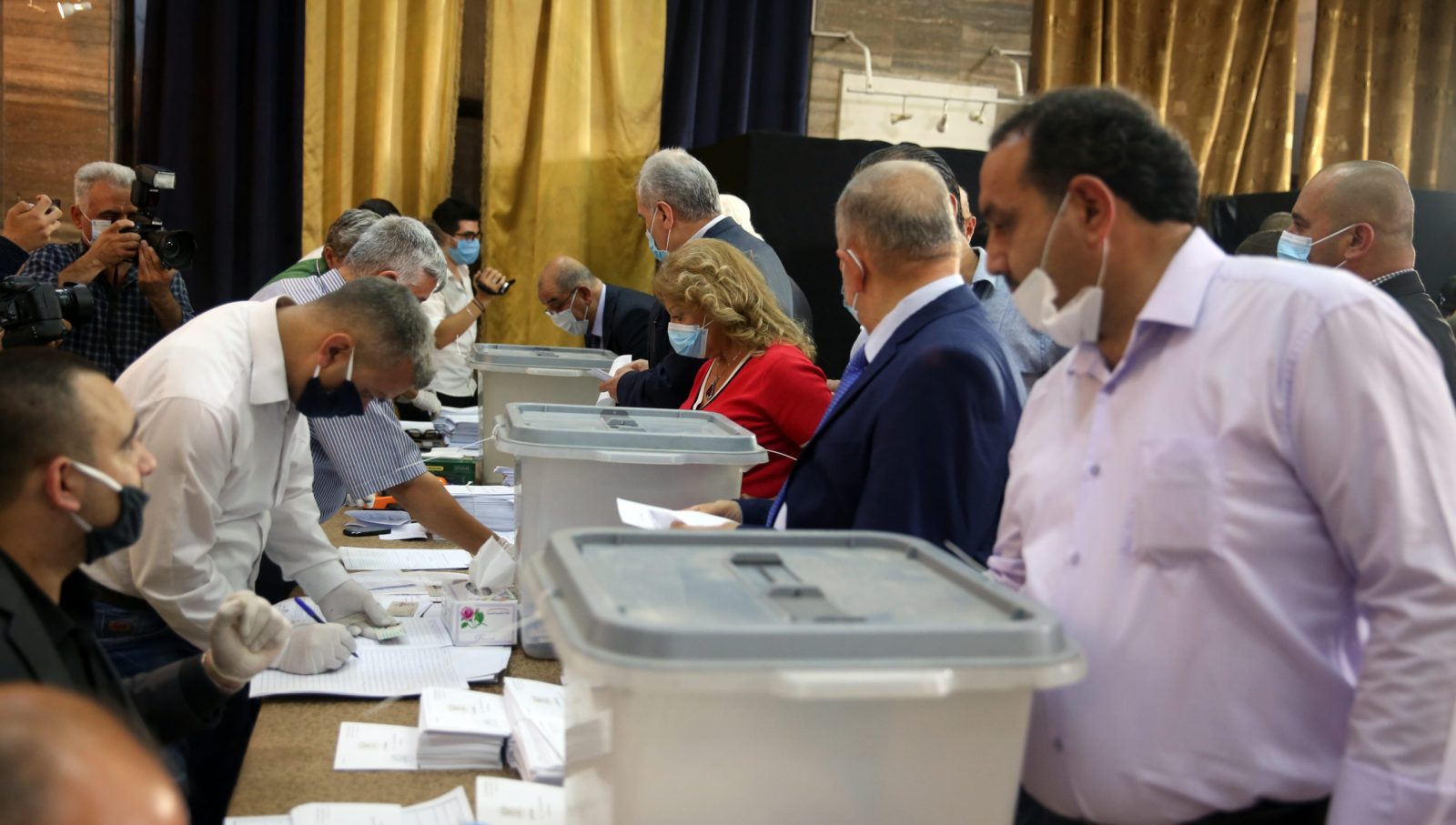 epa08554636 A Syrian man casts his vote in the People's Assembly (parliament) elections in a polling station in Damascus, Syria, 19 July 2020. According to reports, 250 Syrian MPs will be elected by direct vote for a four-year term. A total of 1656 candidates are participating in this election process, including 200 women. EPA-EFE/YOUSSEF BADAWI

Syrian President Bashar al-Assad's party and its allies have won an expected majority of seats in the war-torn country's parliamentary election , denounced as "theatrical" by the exiled opposition.

Turnout on Sunday stood at 33 percent, down from 57 percent in 2016, according to commission head Samer Zamreeq.

He said any candidate unhappy with the results “is entitled to submit his complaint within three days”.

Millions of people displaced by Syria’s long-running war were not eligible to cast ballots in the poll, which took place amid deepening economic woes.

“Simply put, these are illegitimate elections. The regime chose the candidates, even the independent ones, and they elected them,” Yahya al-Aridi, a member of the opposition committee at UN peace talks in Geneva, was quoted as saying by the dpa news agency.

“The people in Syria did not have the freedom to vote … this was a theatre play by the regime.”

Backed by Russian and Iranian forces, the Damascus government has reconquered much of the territory lost at the beginning of the war but it battles international sanctions and a crumbling economy.

The election, originally scheduled for April, was postponed twice due to the coronavirus pandemic, which has officially infected 540 people and killed 31 in government-held areas.

State media said more than 7,000 polling stations were set up across about 70 percent of the country where the al-Assad government maintains control, including for the first time in former opposition strongholds.

Results came after reruns on Monday in four polling centres in Aleppo province and one in the eastern province of Deir Az Zor the official SANA news agency said.

Many of the 1,658 candidates ran on pledges to tackle sharp inflation and improve infrastructure ravaged by the conflict.

Among the winners was Hussam Qatirji, a businessman under sanctions from the European Union who retained his seat.

The EU accuses him of supporting pro-regime fighters, but also facilitating the trade of arms, ammunition and fuel between the government and various actors including the ISIL (ISIS) armed group.

“The majority of Syrians believe the election is only a process controlled by the regime to represent itself as a legitimate authority in Syria,” Zaki Mehchy, a senior consulting fellow at Chatham House and co-founder of the Syrian Centre for Policy Research, told Al Jazeera ahead of the vote.

“People know that the majority of MPs are nominated by the Baath party and all of them need to have security approval based on loyalty and not qualifications,” he said.

The value of the Syrian pound has plummeted on the black market in recent months, accelerated by the financial crisis in neighbouring Lebanon and new US sanctions implemented last month.

Food prices in Syria have shot up by more than 200 percent in the past year and now stand at 20 times their prewar levels, according to the World Food Programme.

In a country where more than 80 percent of people already lived in poverty, the UN agency has warned Syrians are now facing an “unprecedented hunger crisis”.

The next presidential polls are expected in 2021, and candidates will need the written approval of at least 35 members of Parliament.

Foreign Minister Walid al-Muallem last month said al-Assad would remain in power “as long as the Syrians want him to stay”.

Washington on Monday dismissed Sunday’s vote as “stage-managed” and “unfree”.

“Syria has seen no free and fair elections since Assad’s Baath party came to power, and this year was no exception,” State Department spokesman Morgan Ortagus said.