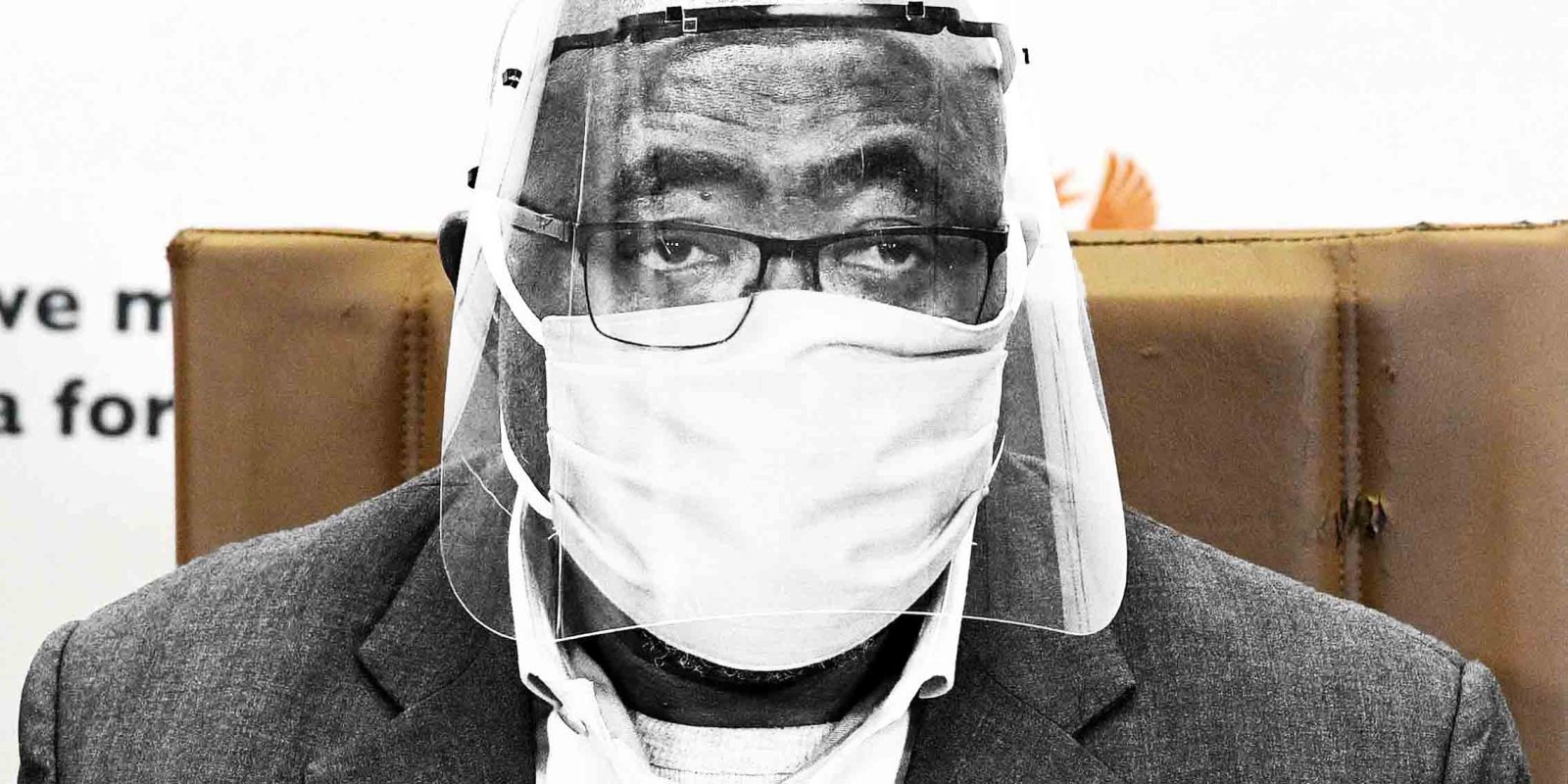 This is a summary of the trending, highest impact, and most active themes and their narratives related to social cohesion and division in South African public-domain social media conversations on 21 July 2020. Global trends impacting on South Africa are also included.

The devastating impact of the Covid-19 pandemic trended on Tuesday as the daily number of reported cases hit its highest level yet.

A day after Mineral Resources Minister Gwede Mantashe was hospitalised due to Covid-19 related symptoms, the Minister of Employment and Labour Thulas Nxesi was also admitted to hospital due to Covid-19, according to a tweet by News24. The tweet received 575 likes, 274 retweets and 172 comments by Wednesday morning.

Minister of Employment and Labour, Mr Thembelani ‘Thulas’ Nxesi, was admitted to hospital last night due to Covid-19, on the advice of his medical doctors, in order for him to have access to better medical attention and proper monitoring. https://t.co/ORQrlIYV2T

The official Twitter account of the Presidency of South Africa also tweeted about the hospitalisation of the Minister Nxesi: “Minister of Employment and Labour, Mr Thembelani ‘Thulas’ Nxesi, was admitted to hospital last night due to Covid-19, on the advice of his medical doctors, in order for him to have access to better medical attention and proper monitoring.”

@KleinhansMK commented: “Ai man look at God. One by one they follow each other. People’s tears will never be in vain. Pity he’s not at a public hospital. Covid-19 will show you flames no matter your title.”

Zanele Lwana posted: “Can the politicians falling sick as a result of contracting Covid-19 be taken to the public hospitals they provide for black people? Can Gwede Mantashe & Thulas Nxesi be taken to 1. Baragwanath hospital 2. Thembisa hospital 3. Mthatha General Hospital 4. Khayelitsha hospital?”

@SmileyjeanJ replied: “Yes I agree. These politicians and ministers are in charge of providing services & funding for us. They must know what the services feel like. If it’s not good enough for them, why should it be ok for us. They must lay in govt hospitals, after all they represent us, so represent.”

A drug dealer does not use drugs, Tarven owners don’t drink alcohol, Politicians don’t send their kids to public schools, the only public thing that politicians use is taxpayers money. There are no good people in politics.That’s general knowledge.

Meanwhile @Anelisa_Theo_clarified things like this: “A drug dealer does not use drugs, Tavern owners don’t drink alcohol, Politicians don’t send their kids to public schools, the only public thing that politicians use is taxpayers money. There are no good people in politics. That’s general knowledge.”

Meanwhile, an @ewnreporter tweeted an article about Ma Newman, a 93-year-old woman from Cape Town who beat Covid-19 after testing positive in June. The article described the challenges she had to overcome during her lifetime. The tweet received nearly 100 comments and retweets and 500 likes by Wednesday.

Both the EFF and Herman Mashaba shared news on Twitter about a R125-million personal protective equipment supply tender awarded to the President’s Spokesperson, Khusela Diko’s husband.

South Africa and the ANC cannot exist in mutual prosperity – one must give way and it cannot be South Africa! pic.twitter.com/C3tKFeA8uh

Herman Mashaba shared a post with a Newsroom Afrika video detailing the tender, “Listen to this. The husband of  @CyrilRamaphosa’s Spokesperson scored a R125-million contract to supply the government with personal protective equipment! South Africa and the ANC cannot exist in mutual prosperity – one must give way and it cannot be South Africa!” The tweet received over 14,000 views, 863 likes, 449 retweets and 105 comments.

Meanwhile, the EFF shared an official statement on the PPE tender, claiming that the tender was awarded to the Presidency spokesperson’s husband, Madzikane Diko days after the President declared a national lockdown against the spread of Covid-19. Furthermore it appears that the cost of the PPE (including biohazard health care waste, disposable bags, surgical masks and sanitisers) were inflated above the regulated price. The EFF tweet received 536 likes and 267 retweets.

There were many expressions of discontent toward the South African and Zimbabwean governments on Twitter Tuesday.

At 12:14 @uLerato_Pillay tweeted that poverty in the country was real, people were starving, and that there was no help coming from the government. The post was retweeted more than 60 times and it received 138 likes. There were only six comments to the post and all of them reflected the opinion of the initial tweet.

DA is the lowest order of political imagination. It is the first & last defense of the racist white privilage liberal order. It is meant to do only 1 thing: keep black people on their knees begging for exsistance from white supremacy! In this sense, it’s similar to post-1994 ANC!

The EFF’s Mbuyiseni Ndlozi criticised the leading party in the Western Cape and their opposition, saying that the DA were the “lowest order of political imagination”, and that they were similar to the post-1994 ANC. His post was retweeted more than 500 times and received close to 3 000 likes.

The EFF also received criticism, with one responder claiming that the EFF acted as if they were on the side of the poor, but were actually “For The Bellies Of Their Own Lusts”. Another commented that it was the EFF who was the lowest order of political imagination because of their stance toward foreigners.

A journalist in Zimbabwe has been detained for speaking out against corruption in the country. The hashtag #FREEHopewell trended in a post tweeted by @AmnestyKenya: “The right of Africans to free expression and a free media is not a privilege.” This post was retweeted close to 500 times and it received more than 500 likes by Wednesday. @JJ_Stellies also tweeted about the arrest, saying he wanted his President to take a stand against the illegal detention of the journalist. His post has been retweeted close to 300 times and received more than 1,000 likes by Wednesday.

Conversations about the nuances of love and relationships received considerable attention on social media. @BathongTk tweeted: “Fall in love guys. Find someone, fall in love and don’t look back.” This tweet received over 3,300 retweets and 11,500 likes.

@Audriinah_ offered some advice on the matter tweeting: “Guys, don’t get into a relationship if you still wanna mess around with other people. It’s really that simple.” This tweet generated over 2,000 retweets and 6,800 likes.

@okiecorri tweeted: “I personally think Cinderella should have lived a happy life with all her animal friends rather than settle for a man who had her try on a shoe because he didn’t recognise her without makeup.” This gained traction the following day with over 87,400 retweets and 603,100 likes. @jojoe_luv tweeted: “Most of us are single because the people we want won’t act right & the people who are willing to treat us right we don’t feel them enough.” This received 56 retweets and 102 likes.

Many social media users shared their views on the importance of mental health and self-care. @africangold tweeted: “Normalise hey can we reschedule I don’t feel like hanging today without people getting offended  cuz some days I really wake up and don’t feel like doing anything.” This received a significant amount of attention with over 189,100 retweets and 703,400 likes.

@ryantrey tweeted: “God removes people from your life because he heard conversations you didn’t hear.” This garnered considerable attention yesterday with over 48 500 retweets and 128 300 likes.

Some users shared their prayers on social media. @MasekoValencia tweeted: “I really pray for a new life changing opportunity. If it not yet my time Lord, please give me the wisdom to understand. I trust your timing although the waiting hurts.” This tweet received 562 retweets and 2,600 likes.

The Climb Back – produced by me.
Lion King on Ice – produced by J. Cole, T-Minus, and Jetson. First 2 songs from The Fall Off. Dropping tomorrow night 10pm. No date for the album yet, taking my time, still finishing. ❤️

A tweet by (@JColeNC) originating in the US trended in the South African conversation this week. The tweet announces two new tracks (The Climb Back, Lion King on Ice) from his upcoming album. The Fall Off will be released ahead of the album release, which has not yet been scheduled.  This tweet had 80,000 shares and retweets, and nearly 200,000 likes. DM