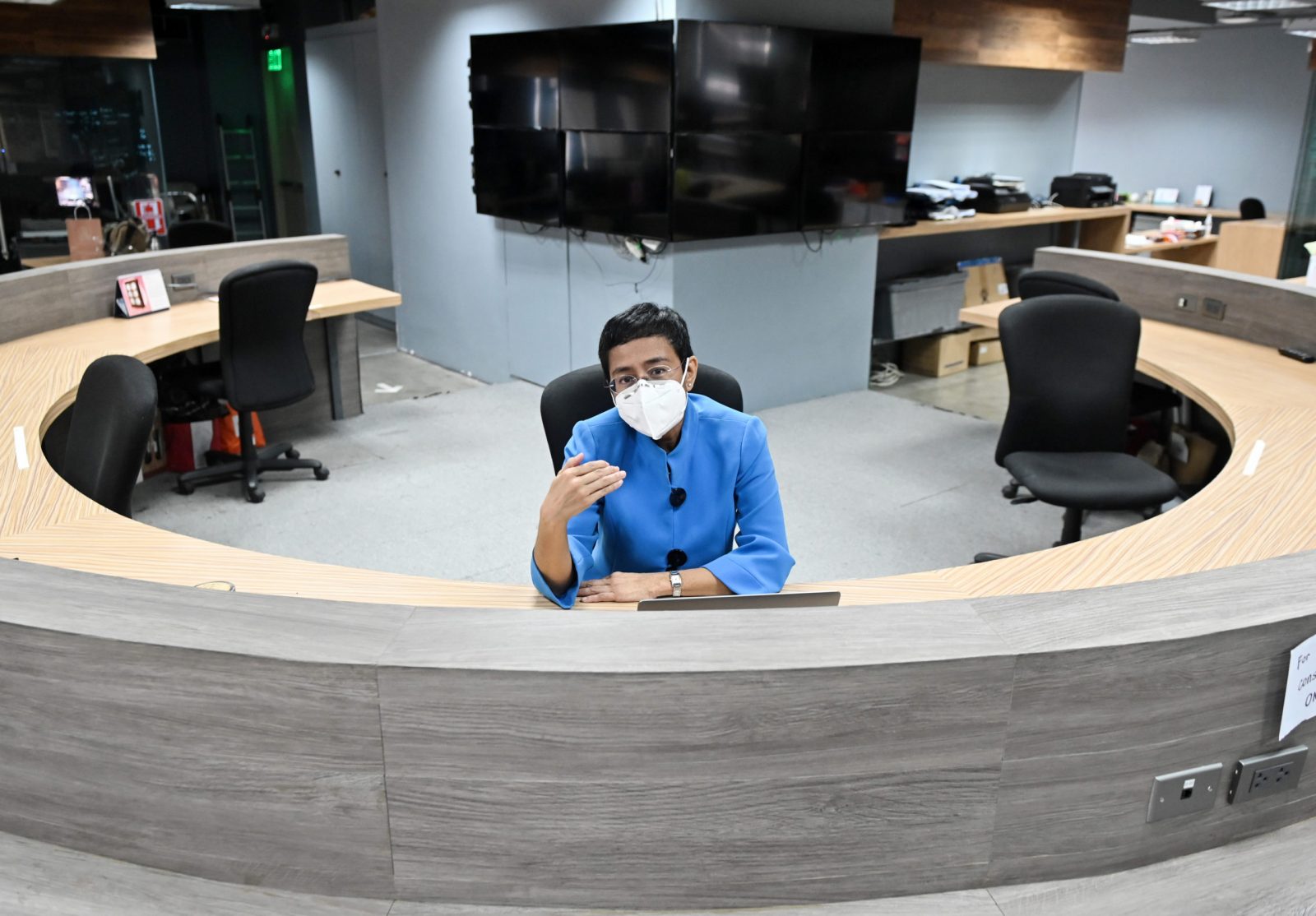 epa08559633 Maria Ressa, CEO and Executive Editor of online news site Rappler, speaks to the media after her arraignment on tax violation charges, in Pasig City, Metro Manila, Philippines, 22 July 2020. Ressa entered a not guilty plea during her arraignment on 22 July. EPA-EFE/ALECS ONGCAL

Maria Ressa, a journalist who runs a Philippine news website known for its tough scrutiny of President Rodrigo Duterte, pleaded not guilty on Wednesday to tax evasion charges in a case media watchdogs have described as part of a broader attack on press freedom in the country.

Ressa’s latest court appearance is over accusations that her news website Rappler falsified tax returns by omitting the proceeds of a sale of depositary receipts to foreign investors, which later became the basis of the securities regulator’s attempt to revoke the organisation’s licence.

The regulator claims the sale of the depositary receipts was a scheme by Rappler to allow foreigners to illegally own shares in a domestic media firm.

Ressa, a citizen of both the United States and the Philippines, said in a tweet on Wednesday. She and her website face several other charges.

In another post, Ressa, who was wearing a face mask, said that she had taken extra precautions following news that some personnel in the court, where her case was heard, had contracted the coronavirus disease.

Rappler, a startup, says foreigners never owned shares, but were allowed to invest without voting rights or involvement in its operations. Rappler is still operating pending its appeal against its licence being revoked.

Ressa, a Time Magazine Person of the Year in 2018 for fighting media intimidation, was convicted of cyber libel last month and sentenced to up to six years in prison, a ruling widely seen as a blow to democratic freedoms. She is free on bail while she appeals the decision.

Rappler has repeatedly challenged the accuracy of Duterte’s public statements and his justifications for his controversial policies.

It has also reported on alleged atrocities in his war on drugs and probed what it says are massive, state-orchestrated social media hate campaigns against Duterte’s critics.

In a statement posted online, graduates of Princeton University in the US, where Ressa once studied, condemned the “phoniness” of the charges against her, and urged Washington, DC to put more pressure on the Duterte administration to drop all the charges.

“Authoritarians throughout the ages routinely attack the press as the enemy, a strategy calculated to avoid accountability and undermine democracy,” they said.

Duterte has publicly lashed out at Rappler, calling it a “fake news outlet” sponsored by American spies.

Media watchdogs and human rights activists say the charges against Ressa are part of a broader strategy to silence or humiliate opponents of Duterte.

Earlier this month, his allies in Congress voted overwhelmingly in favour of denying top broadcaster ABS-CBN’s bid to renew its 25-year licence, an outcome that Duterte had repeatedly promised would happen because of its refusal to air some of his election campaign commercials.

Presidential spokesman Harry Roque says Duterte supports freedom of speech and any media facing legal cases are for doing so because they broke the law, not as a result of their reporting.

Duterte has also signed into law new “anti-terror” legislation, which critics say was rushed through Congress in the middle of the coronavirus pandemic lockdown.

Activists, human rights groups and the opposition have warned that the new law could also be used to silence dissent, aside from legitimate violators of the country’s national security regulations.