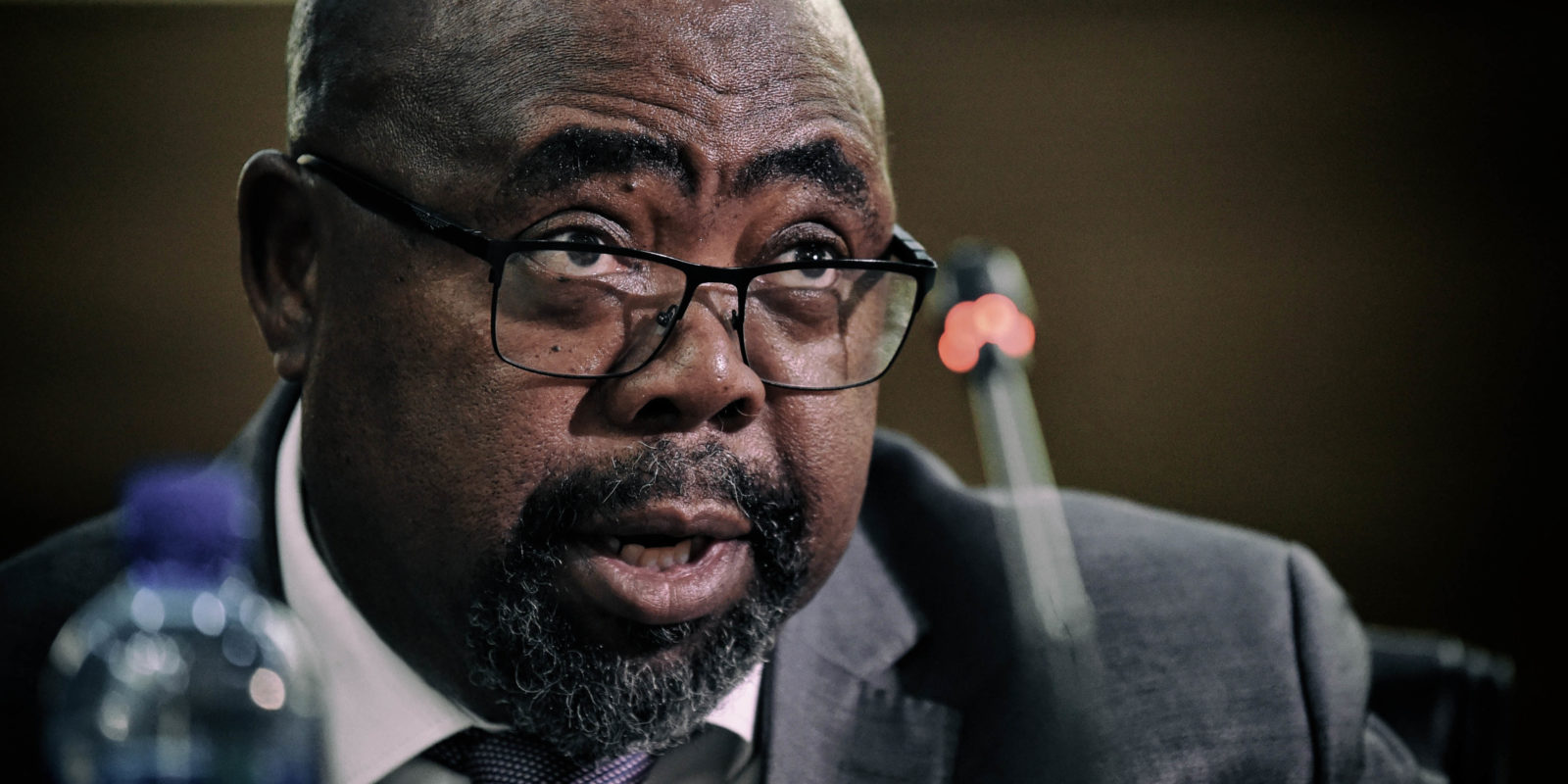 The labour deparment has already signalled it plans to hire 500 more inspectors. There are only 200 now, according to a recent briefing from Labour Minister Thulas Nxesi, above. (Photo: Flickr / GCIS)

Employment and Labour Minister Thulas Nxesi was hospitalised on Monday evening due to Covid-19 symptoms, Minister in the Presidency Jackson Mthembu announced on Tuesday.

Nxesi tested positive for the coronavirus almost a week ago. Mthembu said Nxesi had, until last night, been in self-quarantine at home.

“His admission to hospital comes on the advice of his medical doctors, in order for him to have access to better medical attention and proper monitoring. Minister Nxesi is the second member of Cabinet to be admitted to hospital after Minister Gwede Mantashe,” Mthembu said in a statement.

He wished both Nxesi and Mantashe well and a speedy recovery.

Last week, the Presidency said Mantashe and his wife, Nolwandle, tested positive and were in self-isolation. It said the minister would continue working from home.

At the time, government said Mantashe instructed those working in his private office to get tested.

“He did recover from Covid-19 but he developed complications. This morning there was a discussion in the central command meeting. There was an arrangement for him to be hospitalised,” Mashilo told News24.

Defence Minister Nosiviwe Mapisa-Nqakula also tested positive for Covid-19 but has since recovered.