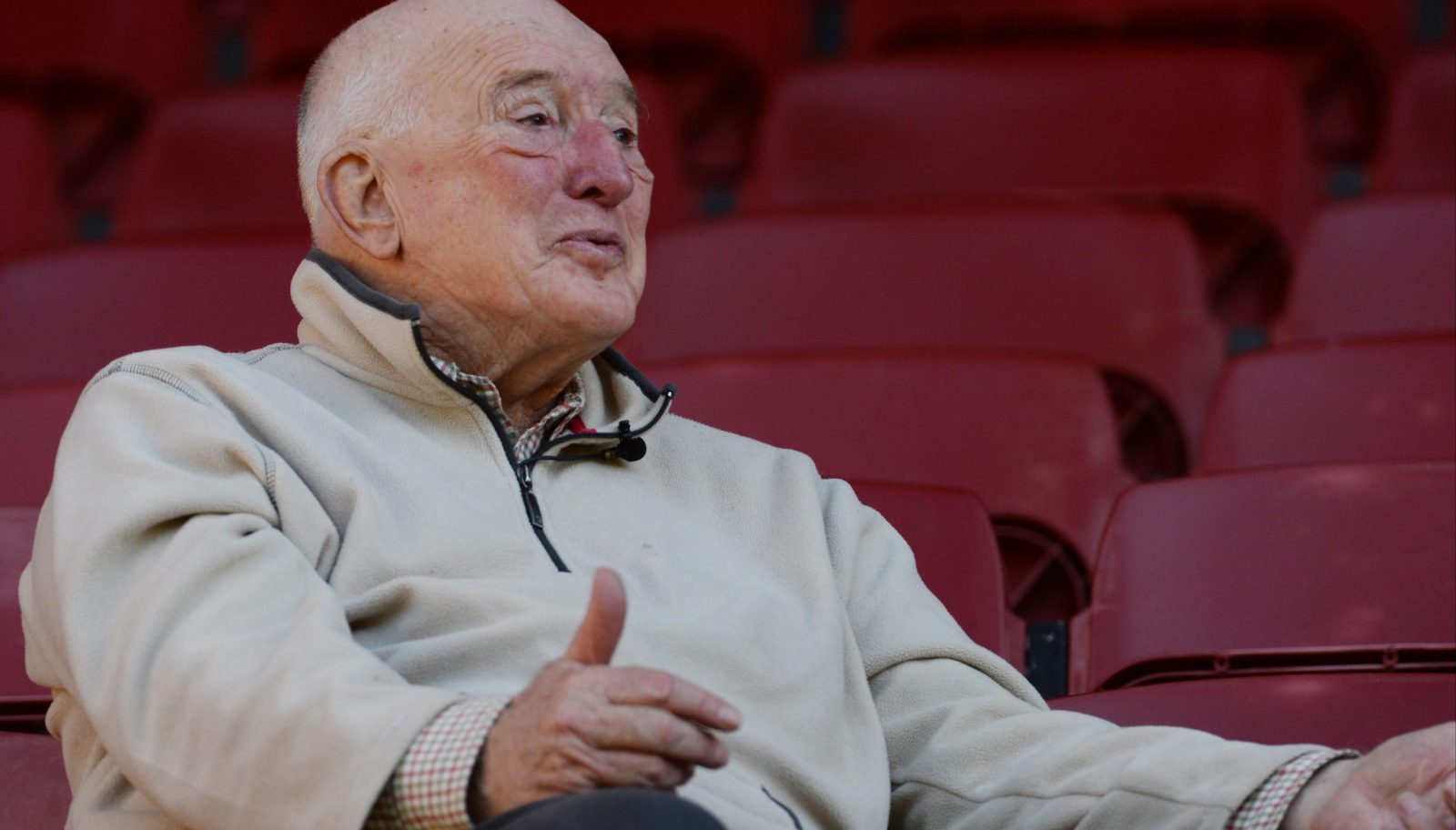 Paul Dobson, a giant of South African rugby media and refereeing, died on Monday due to complications brought on by Covid-19. He was 84 years old.

If you were in a hurry, it was never a good idea to call Paul Dobson. Searching for a quick bit of information gleaned from his encyclopaedic knowledge of rugby, always left you in awe – and late.

One question would lead to two, and Paul’s ability to tell a tale and fill in the history behind your question would lead to lengthy conversations that always ensured you would be making excuses at your next appointment. But it was worth it because you were much richer and more well informed than you had been before you spoke to him.

Paul Dobson did not have a job. Loosely, he ‘worked’ in rugby, but it was much deeper than that. He was a teacher, raconteur, coach, referee, journalist, author and historian. He was a mentor, a father, a grandfather and a husband. He was a friend and a father-figure to many.

Craig Marais, who was one of the few black and coloured boys that attended the prestigious Diocesan College (Bishops) in the dark days of apartheid, has only fond memories of Paul.

“He was like a second father to me and (his wife) Margaret, my second mother,” Marais recalled. “I arrived at Bishops in 1979, this little coloured kid from a school in Athlone… what a journey.

“They were confusing times, but not because of Mr Dobson. I played under 14 B rugby until I got to under-15 where he was the coach… he put me in the A team even though I was really small. I never looked back, and would end up playing SA Schools and captaining the first XV.

“When my father passed away suddenly, Paul was there to help me through trying circumstances. Bishops meant more to my dad, who had a very poor and humble upbringing , than it did to me .

“Paul organised the Bishops chapel. He was a rock and a pillar once again.

“It was great to see him occasionally and when I did he always called me ‘skelmpie’. He was a great man. A giant has fallen. He has touched people’s lives all around the world,” says Marais.

Paul loved rugby. He respected the game and was passionate about its laws, how they were enforced and about the people (referees) who applied them. You only once ever made the mistake of talking about rugby’s ‘rules’ in front of Paul. “They are laws,” he would say, before cracking a wry smile and giving you a warm pat on the back.

“Paul understood, and had time for, everyone’s views, beliefs and cultures; a gift that most of us could do with right now,” says Howard Kahn, who worked with Dobson at Rugby 365 at the turn of the century.

The International Rugby Board (now World Rugby) gave Paul a special award for his ‘Rugby referee award for distinguished service in 2012’. He humbly received the accolade at his beloved Newlands before the semi-finals of the 2012 Under-20 World Championships.

Paul’s love for refereeing and for the laws of the game – he passed law exams every year for 50 years – was ingrained in his son, John, who is the current Stormers coach.

On the rare occasions when ‘Dobbo’ (John) is about to be critical of match officials, he always adds the caveat, “My father is going to kak on me for this,” moments before he voices his opinion. There probably isn’t a rugby coach in the world who has more respect for the match officials because of the values Paul instilled in John.

“We mourn the passing of a great man of South African rugby; referee, author, historian, mentor, friend to all – Paul Dobson, who passed away yesterday afternoon after a short illness,” SA Rugby president Mark Alexander said

“Paul was a legend in the global refereeing community; was recognised for his services to the game by World Rugby in 2012 and was the fount of all knowledge on SA Rugby history in all communities.

“Rugby has lost a giant. Paul’s contribution to the game was extraordinary, and he never lost his passion for it, or his joy in its small and great moments, its past legends and its modern heroes. Rugby is much poorer today.”

One of Paul’s other great loves was writing about the sport and he penned several books. He wrote the Official History of South African Rugby and Doc: The Life of Danie Craven. He also wrote biographies on former Springbok coach Nick Mallett and former referee Andre Watson.

One of his many lasting legacies was his contribution to the SA Rugby Annual, which is the official book of record of the South African game. One of the delights of the publication was Paul’s obituary section.

He went into painstaking and forensic detail about the fallen men and women of South African rugby. Importantly, he gave a voice and dignity in death to a legion of black players which they perhaps never received in life.